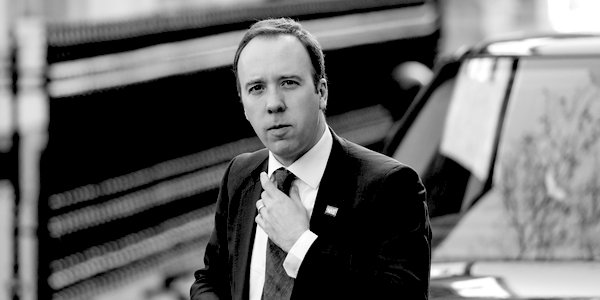 MANY people still do not fully understand this crisis, and amid continued silence from Meghan and Harry, and a surprising lack of assistance from Emma Thompson and Hugh Grant, there seems little prospect of achieving clarity in the near future.

I hope this updated guidance will help the chronically bewildered.

Who should I believe?

Every emergency throws up a leader, a man to bestride the times, and for us that man is Matt Hancock. Here is a politician with his finger on the pulse, or at least his nose in the surgical mask. How the nation thrilled to his rallying cry: ‘This is not a request. It is an instruction.’

May I still go to the park?

Unaccountably, some people have failed to respond to Mr Hancock’s smack of firm government. They are sunbathing. Somewhere on the south coast there was a barbecue on a beach. These actions severely undermine the lockdown, which is the only way to guard the nation’s health. As a result, unfortunately, tighter restrictions may be necessary, and you will no longer be allowed out of your front door.

How will this be enforced?

Your local council will already be doing its best by closing green spaces and locking any car parks that people may be misguided enough to try to use. Police have drones available to hunt those who choose to ignore orders.

However Mr Hancock has already set out the design of a new permit system under which people can show they are licensed to go out.

How can I get a permit?

It will take the form of immunity certificates for those who, like Mr Hancock, have contracted the virus and survived. A security-proofed plastic card or a wristband will be issued to those who have undergone tests. Police will arrest those found on the street without the necessary immunity ID.

When Mr Hancock raised this prospect last week, many thought he was being satirical. They underestimated the determination of the Health Secretary that his policies should go down in history alongside the triumphs of past Tory titans, such as the three-day week and prices and incomes control.

How will we know when Mr Hancock has begun to conquer the epidemic?

We must follow the numbers. In particular you should look for the level of infections, which is the number Professor Ferguson first thought of, doubled, and the number of tests carried out, which reflects whatever some unfortunate civil servant reckons people might think plausible.

The number of deaths will be recorded by doctors, who will put down to the virus any death that in January would have been ascribed to flu or dementia.

My own projections suggest that by the end of April the outcome will be something like this: tests carried out 300,000; infections 80,000; number of immunity certificates in circulation 5.8million.

How will the economy cope?

If you work for Amazon, BT or a supermarket you will be just fine. If not, new industries will be springing up to provide at least temporary employment. In particular, there should be growing demand for staff from pop-up businesses producing plastic security cards and wristbands.

Is there any sure way to avoid the worst of this virus?

I warn you not to be old, as Neil Kinnock might have said before he was socially isolated by a police tweet.

Otherwise, it appears that men are much more likely to die of Covid-19 than women. In order to reduce vulnerability, men should transition. We know that trans women share the same reduced risk as those assigned female gender at birth, because, as we have been told repeatedly, this virus does not discriminate.

Your local council will send out work gangs with key worker status to remove the dangerous Ladies signs from all loo doors.

How will the authorities know when the disease is under control?

This will happen whenever ministers judge there are plausible numbers to show they were right all along.

Will there be long-term political effects?

The rise of Mr Hancock is likely to encourage an otherwise unlikely national yearning to bring back Boris.