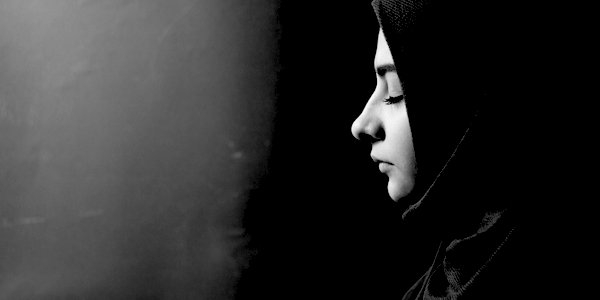 SHAMIMA Begum is the teenager who in 2015 swapped school in Bethnal Green for the Syrian caliphate. As luck would have it, she promptly landed herself a jihadist husband of whom Ms Begum says: ‘I wouldn’t have found someone like him back in the UK.’ By which presumably she means he embodies Islamic State’s dogmatic doctrine, intolerant ideology and medieval mentality, and will enthusiastically butcher infidels – quite a catch. Fortunately, we have Shamima’s assurance that no one fitting this description can possibly be found in East London or elsewhere in Britain.

However, with the whereabouts and fate of her captured jihadist hubby currently unknown, and having just given birth, Ms Begum now wishes to return to Britain: over the past week she has become quite the celebrity, interviewed on camera by The Times, Sky News, BBC and ITV. Despite appearing ‘largely unrepentant’, Ms Begum nevertheless told Sky News: ‘A lot of people should have sympathy for me.’ However, until recently she had enjoyed a ‘good time’, which ‘I don’t regret because it’s changed me as a person, made me stronger, tougher’; these admissions, plus describing the attack on Manchester Arena as ‘retaliation’, were all strange ways for Shamima to play her commiseration card.

This lack of contrition evidently failed to win the heart and mind of Sajid Javid. The Home Secretary has now revoked her UK citizenship, thereby fulfilling his earlier vow, aimed at Shamima Begum, ‘to prevent your return’.

For the moment, that is. Justice Secretary David Gauke had earlier cast doubt on whether the government could block her return – ‘we can’t make people stateless’ – and the question now appears to be whether the UK withdrawing its part of her dual British-Bangladeshi nationality will survive the inevitable legal challenge.

From Shamima Begum’s perspective, her best chance of returning to Britain is to become a cause célèbre for human rights activists, and for the Left to resume and reinforce its initial narrative of her having been a ‘vulnerable, groomed and brainwashed child’ who was ‘misguided’.

when Shamima Begun flew to Syria to join IS 4 years ago, she did so as a vulnerable, groomed & brainwashed child. she remains that today. as a nation we have a responsibility to try to help her, for her safety & all of ours.

me for @guardian this morning https://t.co/BVA5j8xGU5

My piece in @guardian on Shamima Begum argues that protecting our values is more important than punishing a misguided 15 year old https://t.co/skdlbiPbJk

If Ms Begum is coached to be a little more media savvy in further interviews, it should be relatively straightforward for her to display a kinship with contemporary Leftism: by reciting a few readily remembered soundbites, she might easily expand and spin some of her earlier answers, reinventing herself in a way that will make the Left even more eager to defend her UK citizenship and champion her return as one of their own.

First, though, she will have to renounce the naming of her newborn child. Not that the British Left will mind the baby having been given the name of a ‘barbaric jihadi warlord’; to object might be judged Islamophobic. However, the more radical element will bristle at Ms Begum having already assigned male gender and would welcome a mea culpa: ‘It was wrong of me to presume my child’s gender and I beg forgiveness for my unconscious transphobia. Being allowed back into Britain will enable Mermaids to instruct me how to raise a gender-neutral child until he/she/ze is able to select his/her/zir own name and decide his/her/zir preferred personal pronouns.’

Once she has dealt with the thorny issue of the baby’s gender, Ms Begum can glide into politicising the child’s welfare. Having previously lost two children, she has so far prioritised the new infant’s health: ‘I am scared this baby is going to get sick in this camp. That’s why I want to get back to Britain, because I know my baby will be looked after.’ Her earlier appeal to emotion can smoothly be extended into also tugging political heartstrings: ‘I can’t stay in a country where there is not socialised healthcare. I want my child to be in the loving care of the NHS. The NHS is the envy of the world and must be protected from savage Tory cuts.’

And Shamima is familiar with savage cuts, having seen ‘a beheaded head in the bin’. Her admissions that spotting the severed head ‘didn’t faze me at all’ and ‘from what I heard, Islamically that is all allowed so I was okay with it’ could be problematic and might require some shrewd media management. However, with a little lateral thinking it should be possible to clarify even those controversial comments with Leftist spin: ‘The reason why the severed head didn’t faze me is because I was satisfied it had been placed in the correct receptacle for recycling. The important point about beheadings by Islamic State is that the disposals are environmentally friendly. [Sigh] If only I could be back in Britain helping those brave, striking school pupils to save the planet.’

To reactionaries who are disinclined to forgive and regard her as a continuing security threat, Ms Begum so far has defended herself thus: ‘They don’t have any evidence against me doing anything dangerous. When I went to Syria I was just a housewife, the entire four years I stayed at home, took care of my husband, took care of my kids.’ From this, she can easily earn Leftist approval by deriding domesticity: ‘I was the victim of an outdated and patriarchal structure. No woman is fulfilled just raising a family instead of being alongside men in the workplace. [Better not mention that in this case the available career was slaughtering non-believers.] I passionately believe in equal opportunities for women. Now that I am empowered by wearing the chador, once back in Britain I intend to campaign for universal nationalised childcare and will protest against the gender pay gap.’

Asked by Sky News whether she can be ‘rehabilitated’, Ms Begum responded: ‘It would be really hard because of everything I’ve been through.’ But if during future interviews Shamima Begum remembers to spout these few simple shibboleths, she can successfully be ‘rehabilitated’ as a modern British Leftie.