You say Boris should team up with Nigel Farage 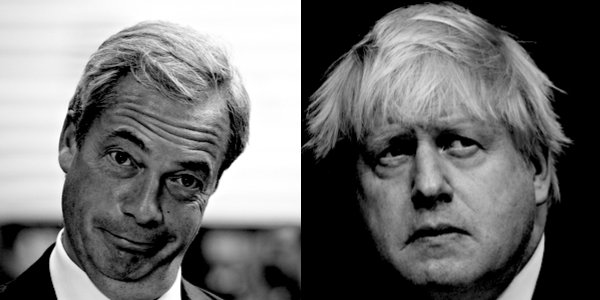 BORIS Johnson may be about to make a lot of voters very angry.

The Conservative Woman readers and Twitter followers have said a categorical Yes to our poll question: Should the Tories offer the Brexit Party an electoral pact? An overwhelming 86 per cent of you think they should.

Should The Tories offer the Brexit Party an electoral pact?

You think a Brexit alliance makes sense. But the Tories apparently don’t think they need one. According to Guido: ‘Tories sympathetic to Nigel have seen the polling research that shows that a Tory-Brexit Party pact will lose more Tory votes to the LibDems than it will gain from Brexit Party loyalists.’

That may be. We wonder whether this research factored in voter anger at the Tory refusal to extend an olive branch and work out a tactical Brexit alliance.

Yesterday, the day we were supposed to leave the EU, Nigel Farage talked to President Trump on his LBC radio show. Trump strongly criticised the present EU deal and advocated Boris getting together with Nigel, saying they’d make a powerful team.

The President, it seems, agrees with our readers.