You can’t put a price on motherhood 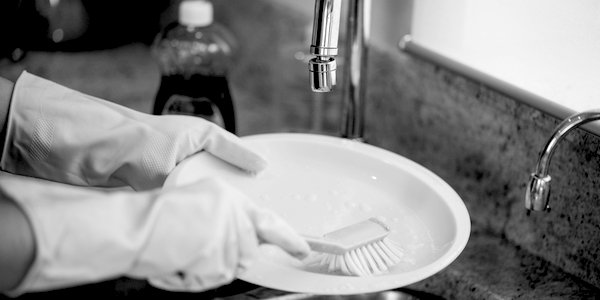 Telegraph writer Estelle Lee says that unpaid domestic work is what keeps the country going. She quotes the Office for National Statistics which claims that domestic work, including housework but also childcare, chauffeuring duties and being a general factotum – the ‘eye-rollingly female ownership of the geographical whereabouts of Sellotape, sports kit and car keys’ – is worth about £12,000 a year.

Lee believes that if all these activities were outsourced at a competitive rate based on somewhere between £10 and 20 per hour across a working week, the bill would add up to considerably more than that.

As author of The Mother of All Jobs Christine Armstrong puts it: ‘The problem is . . . we have a million more mothers working than we did 20 years ago and yet all this domestic stuff still needs to get done. The value of the time it takes is not being recognised.’

Neither writer, however, considers the aspects of motherhood that cannot be commodified – the value of a mother’s presence and availability for a child’s wellbeing and emotional development, for example.

The official drive to get all mothers to return to work as soon as possible after childbirth has reinforced the view that this aspect of motherhood is valueless; that ‘stay-at-home mums’ sit around all day doing nothing, or as feminists in their zeal for portraying all women as victims would have it, ‘imprisoned’ in their homes.

Polly Phillips, defending her value as a ‘stay-at-home mum’, argues in the same paper that she deserves the ‘wife bonus’ paid by her high-earning husband, who divides his own yearly company bonus with her in recognition of the fact that without her ‘holding the fort’ he would not be able to earn the money in the first place. She admits: ‘When I first talked about this publicly, I was criticised for wanting to monetise something that should come naturally,’ and although she enjoys spending time with her young daughter ‘in a way that many mothers may want to but can’t’, and ‘no matter how naturally motherhood comes or how much we enjoy it, it is still work.’ She concludes that it is unlikely that we will see a time when mothers are paid for their work in the home, but ‘that doesn’t mean we can’t try to put a value on their contribution. It should just be much higher’.

But what of the wives whose husbands can’t afford such largesse? Is it to come from the State? There is surely a warning in the Marxist-influenced ‘wages for housework’ campaign that emerged in the 1970s, which also included the woman’s right to work outside the home, unemployment benefits, parental leave, and equal pay. It was swiftly joined in solidarity by Wages Due Lesbians, which demanded wages for housework alongside extra pay for lesbians, for ‘the additional physical and emotional housework of surviving in a hostile and prejudiced society, to be recognised as work and paid for so all women have the economic power to afford sexual choices.’ Apparently prejudice and discrimination made vacuuming and dusting even more draining. Several other campaigns started, involving black and disabled women and prostitutes. The feminist claim that prostitutes are paid for ‘work’ that wives do for nothing has also resurfaced from time to time in the public discourse.

Home and housework is one of the few remaining areas of independence and privacy left to us in the modern state. Nobody yet inspects the standard of one’s housework. The lazy would be paid the same as the industrious and the Marxist approach would end by making women at home as expensive as women at work. Since the latter has always been the Marxist aim, ‘wages for housework’ would simply be a longer and more circuitous route to the same destination.

Instead of claiming their economic value is too low, might not stay-at-home mums be better to assert the ‘beyond value’ of their role? They could start by renaming themselves ‘available mothers’ – available to their children and also to the wider society as volunteers and the unofficial eyes and ears of the community; watching out for its vulnerable members, keeping down the social care bill for the elderly and disabled and, as a presence in the community, even preventing crime while everyone else is trapped on the paid work treadmill.

The best way to reflect this incalculable value is through the tax system that currently discriminates so heavily against all those caring for children (and elderly) at home.

Estelle Lee, Christine Armstrong and Polly Phillips make important points about valuing home-based mothers, but they are in danger themselves of devaluing what they do that cannot be for sale – that cannot be commodified any more than having children can – those ‘goods’, as Roger Scruton has described them, which should not be put on sale and which need protecting from both the market and the State.