You can’t catch me, I’m the gingerbread Trans-wo-man 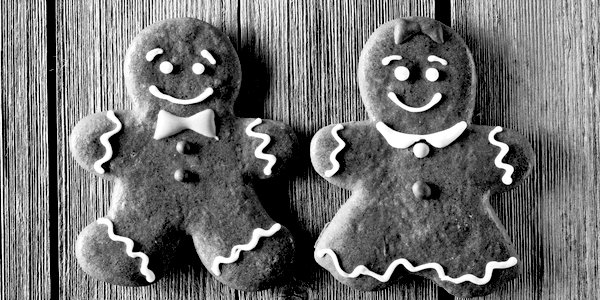 IT began the way of all contemporary corporate statements: ‘Inclusivity and diversity lie at the heart of the Co-op’s values . . .’

Was this introducing a recruitment drive for more minority ethnic staff? Or perhaps a preamble to promoting more women into senior management? No, much more important than any of that, the Co-op invoked the business boilerplate of ‘inclusivity and diversity’ to explain why the store’s traditional gingerbread man is now to be gender neutral: ‘We’re looking to create a character which can be used to celebrate different occasions throughout the year and will appeal to all our customers.’

About time: the Co-op’s gingerbread biscuit was male, pale (brown) and at risk of going stale. Competitor Pret A Manger had already created the confectionery equivalent of the Green Party’s gender-balanced co-leadership: for the past year Pret’s gingerbread man Godfrey has job-shared with female Annie, named in honour of the young customer who wrote to the food chain asking why Pret did not sell ‘gingerbread girls’.

To ensure that its customers no longer perpetuate the patriarchy, the Co-op has gone even further than Pret A Manger and will no longer assign gender: its product is now a fluid ‘gingerbread person’, for which customers are invited to propose a suitably neutral name. https://joinin.coop.co.uk/opportunities/215 Some colourfully descriptive words spring to mind, most of which have four letters, the only printable one being ‘Woke’.

The politics of gendered gingerbread also demand the overhaul of the fairy tale in which the freshly baked titular character sprints from the oven, boasting with typical male bravado: ‘Run, run, as fast as you can! You can’t catch me, I’m the Gingerbread Man!’ Spoiler alert: ultimately the braggart’s hubris is punished by the wily fox, whose appetite for home baking brings ‘the end of the Gingerbread Man’.

It is time for this twee tale to instead become a present-day parable.

The shorter, slighter and slower gingerbread figures were left trailing far behind. As the others failed to keep pace, the tallest, broadest and fastest gingerbread person cackled: ‘Run, run, as fast as you can! You can’t catch me, I’m the Gingerbread Trans-wo-man!’

And for all gingerbread women, that was the end of competitive sport.