NewsPaperthe art of publishing
Home Brexit Watch Yes, there would be some losers from No Deal. We can easily...
0

Yes, there would be some losers from No Deal. We can easily afford to compensate them 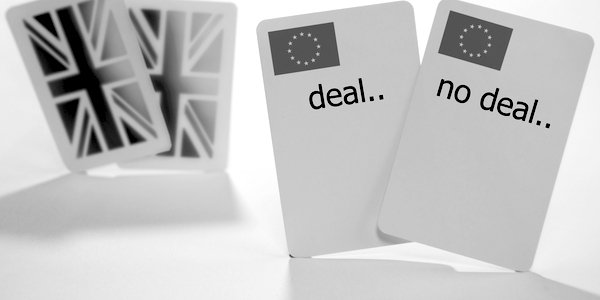 IN A recent note for The Conservative Woman I criticised business lobbying groups, not least the Chemicals Industries Association, for their needlessly pessimistic utterances about a No Deal Brexit. Instead of exaggerating the difficulties they would face trading with the EU under the WTO’s tried and tested rules, they should be embracing the future. Fifty-five per cent of our export trade is basically conducted under such rules already. Rather than ‘crashing out’ and/or ‘falling off a cliff’, it would be more of a ‘leap into the familiar’.

There are two factors in our favour if there is a No Deal Brexit. Firstly, there should be no need for painful discussions over the EU’s recognition of our product standards because we are completely compliant already. Given this compliance, WTO rules state quite clearly that the EU cannot discriminate against our exports to them. Even if the WTO’s rules on non-discrimination did not exist, the EU would have been cutting off its nose to spite its face if it discriminated. The UK would surely have retaliated and, given the EU’s huge visible trade surplus with us (£95billion in 2018), their exporters would have had more to lose than ours. Commercial realities, surely, would have prevailed and this tit-for-tat would never have arisen.

Secondly, the EU’s average import tariffs (relating to the Common External Tariff) which EU importers would have to pay on UK goods exports into the bloc would be low. (There are no tariffs on services.) Therefore, the potential damage to our exporters’ price-competitiveness would be, on the whole, containable. One very useful exercise on these tariffs was undertaken by the think tank Civitas in October 2016, which used 2015 data, but average tariffs are unlikely to have changed significantly since then. They concluded that the weighted tariff rate UK exporters would face was just 4.5 per cent, which should not, in aggregate, significantly undermine competitiveness. Sterling has depreciated against the euro by about 10 per cent since the 2016 referendum, more than offsetting the effects of the average tariffs, and by as much as 20 per cent since November 2015, when the currency was clearly overvalued.

There would, however, be relative winners and relative losers. As chart 1 shows, the average tariff may be 4.5 per cent but some industries would not face tariffs as high as this. The rate for chemicals is just 3.5 per cent (inorganic and organic weighted together), whilst the rate for mineral oil and gas is just over 1 per cent. In addition, rates are very low across a wide range of other manufactures and even zero for pharmaceuticals.

However, there are losers. Indeed that is why I always favoured a Canada-style free trade agreement on Brexit. But this is not on offer and, given the deeply flawed Withdrawal Agreement, trading under WTO terms is clearly preferable.

Two arguably marginal cases are vehicles (excluding rail, including motor vehicles) and clothing and footwear, where there is clearly some EU protectionism. The specific tariff rate for cars is 10 per cent. Moreover, vehicle exports to the EU, at £15.4billion, are significant, whilst clothing and footwear exports were £2.5billion (2015 data). Of course, the weaker currency, mentioned above, would mitigate the potential loss of price-competitiveness of these exporting industries. But, putting that aside, these industries could be helped if need be, within WTO rules. They could be offered, for example, financial help with R&D, marketing efforts, training budgets and reducing taxes.

There are, moreover, some clear losers. Chart 1 shows UK meat exports (including beef and sheep-meat) would face an average tariff rate of nearly 38 per cent, whilst dairy products would face a rate of over 39 per cent, reflecting the EU’s highly protected agricultural sector. Exports of these products are relatively modest. They were £1.0billion and £0.8billion respectively in 2015, about 0.1 per cent of GDP, though they were over 15 per cent of total agricultural output (£11.2billion in 2015). The price-competitiveness of these UK products in EU markets would be undermined and UK producers would probably need to switch to other, less protectionist overseas markets as well as diverting to the domestic market. Assuming the Government would wish to maintain a domestic agricultural sector for environmental and/or food security reasons, transitional help could, indeed should, be forthcoming to facilitate adjustment. Financial support should be easily affordable given the size of the industry. Agriculture (with fisheries and forestry) accounts for just 0.65 per cent of GDP.

As can also be seen from chart 1 sugars and sugar confectionery and tobacco are also heavily protected EU industries, though UK exports to the EU are relatively modest. They were £0.3billion and £0.2billion respectively in 2015.

So far I have just considered the impact of the EU’s import tariffs on UK exports, which, in the absence of a deal of sorts, are unavoidable.

When it comes to UK imports, however, the situation is very different. The Government has agreed, possibly as a temporary measure, to adopt the EU’s tariffs on Brexit, which is perfectly understandable. But, after a No Deal Brexit, outside the Customs Union, there would be scope to cut these significantly, unilaterally. If our tariffs were changed, they would, of course, have to apply to all imports and not just to those from the EU, under the non-discriminatory Most Favoured Nation (MFN) clause of the WTO. In the absence of preferential trade agreements, if tariffs are cut for one trading partner they must be cut for all.

Assuming EU-replicated tariffs, the average global import tariff rates of various product groups in post-Brexit Britain, would, however, not be identical to the average tariff rates imposed on post-Brexit UK exports to the EU, as calculated by Civitas (above). There would be compositional effects. But, having said that, they are unlikely to be dramatically different either.

Our EU-replicated average import tariffs on agricultural produce would still be around 40 per cent for meat and dairy products and on clothing and footwear would still be around 10 per cent. Car imports would still be subject to a 10 per cent tariff (moreover, car manufacturers would still have to pay duty on their imported components). After Brexit these tariffs could be cut, reducing the price of imports and giving a considerable boost to consumers’ real incomes. Moreover, the boost could be progressive as lower-income groups tend to spend a greater proportion of their money on food than higher-income groups.

These benefits for consumers would, however, have to be balanced by the potential competitiveness problems for domestic producers, especially farmers. Further financial compensation should be forthcoming, if need be.