XR simpletons with spades should try digging for oil facts 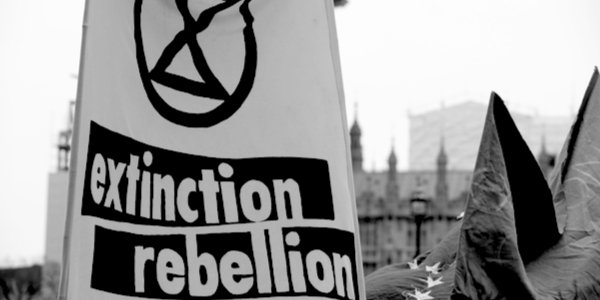 EVERY day seems to bring another climate change-related idiocy.  Today’s winners (again) are Extinction Rebellion, who have wasted some energy digging up the lawn of Cambridge Unversity’s Trinity College on woke thinking (surely an oxymoron) that people should not invest in oil companies.

The point these cretinous vandals have missed is that it is precisely the oil companies that have the greatest interest in developing the necessary technologies to move to a zero-carbon world.  They also happen to have the engineering expertise, the money and the knowledge.

Indeed, BP (already Europe’s biggest wind farm operator) has just announced that it will be zero-carbon by 2050.  That’s not corporate PR, that is from the CEO himself.  And this is not some instant reaction to the hysterical shrieks of the XR numbskulls, this is a detailed, considered and resourced extension of BP’s philosophy.  It’s not going to be easy, but then new engineering seldom is.

Unfortunately, the woke and XR don’t do difficult stuff like engineering.  Why count or study when you can experience the ‘near sexual pleasure’ of a demonstration? That’s how XR co-founder Dr Gail Bradbrook described it at an Oxford Union debate last year.

Virtue signalling by divesting from oil company shares is the latest craze amongst the chattering class. (And of course, they miss the point that 80 per cent of the world’s oil production is owned by countries, so all they are achieving is inflicting minor pain on those companies best equipped and motivated to deliver emissions-free energy.  Still, an orgasmic gesture is more fun than thinking).

Here’s the thing: High energy use equates with high health.  There is a chart that shows this here. The problem is not energy, the problem is emissions, and the solutions to that are either to change the power source (mostly to nuclear) or to remove CO2 from the exhaust of fossil fuel plants.  Industry is already working on this.  As XR protesters would know if they read the facts not the headlines, and listened to engineers and not troubled schoolchildren.

It would also help enormously if the Government got a serious grip. It is now recruiting people to deliver net zero, but there is as yet no single organisation running the net zero project, or even co-ordinating it, or making sure that the numbers being used in the debate are correct, coherent and in context.

Instead, we are bombarded with obfuscation and misrepresentation – one of the worst offenders being the Committee for Climate Change, responsible for persuading the Government and Parliament to adopt cutting greenhouse emissions to net zero by 2050, thereby foisting on the unsuspecting British public a bill of some £20billion to £40billon a year, which may be a conservative estimate.

I assume that this benighted committee is in Mr Cummings’ sights – I wish he could just pull them up the agenda. I also hope that Cambridge University demonstrates some rigour and throws the whole weight of the law at the tedious, misinformed criminals who vandalised its property.

And if the wannabe navvies want to do something useful with their lives,  why not take their spades to the banks of the River Wye and start repairing flood defences? That’s positive action.

Editor’s note: For an authoritative breakdown of the sheer folly of the Committee on Climate Change’s recommendations, you can read Ruth Lea’s four-part analysis of the economic cost here …