The world through a rock star scientist’s rose-tinted spectacles 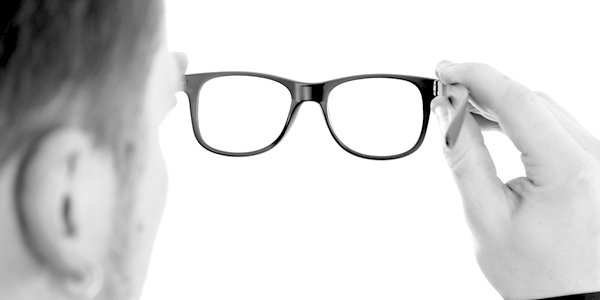 Steven Pinker’s new book, Enlightenment Now: The Case for Reason, Science, Humanism and Progress, sets out a case for resolute optimism in a world where everything is getting better and better.

Pinker has been described as a ‘rock star scientist’. He is charismatic and distinctive, with a mass of long grey curls and sometimes quirky dress sense. He has a solid record of producing popular science books on language and cognition, but his 2002 classic The Blank Slate, which is well worth reading, crossed over into political significance. It set out for the general reader some of the hard science about heredity and what we carry in our genes, directly confronting the ideas of social constructionists and those who would deny the existence of human nature. Such challenges to Leftist orthodoxies, his advocacy of free speech and condemnation of Communism’s historic crimes, have earned him enemies on the Left and defenders on the Right, such as leading conservative commentator Ben Shapiro.

Pinker’s latest book gives an exciting history of dramatic improvements in the quality of human life: our health, happiness, education, freedom and longevity. His statistics are overwhelming, flattening the reader with numbers and facts. He recognises that serious poverty still exists in the world, but shows how it is rapidly fading. It’s an uplifting account of human progress: the overcoming of want and squalor to achieve a lifestyle filled with experiences and goods that would have seemed like witchcraft to even our recent ancestors.

He highlights our tendency to excessive pessimism and disproportionate interest in bad news, explaining how evolution has hard-wired this into us. Fear keeps us alert to danger, and awareness of our failures spurs us to eventual success. But that wiring often means we are poor at noticing when things are going well or that much of our lives might be reassuringly peaceful. Pinker believes we should re-set our optimism gauges, giving evidence of further likely improvement in many areas. He is probably right, and the increases in our material wealth and freedom achieved so far should certainly be celebrated, but it is not a new thought to point out that above the level of the individual, such increases sometimes create the instability from which new threats emerge.

It doesn’t seem out of place here to remember Francis Fukuyama’s ‘End of history’ thesis from 1992: that liberal democracy coupled with capitalism had finally answered the fundamental questions about how we should live. To Fukuyama, the future was settled. Less than a decade later, the terrible events of 9/11 tore that view apart. Most of humanity’s great calamities have given little warning and there are no laws of history telling us things must inevitably get better.

Niall Ferguson takes issue with Pinker’s optimism, pointing out that not all societal changes can be contained within his happy glow. The demographic changes affecting America through immigration are unprecedented and it is not clear where they will lead the country. (Anyone thinking this marks Ferguson out as a racist could not be familiar with his work or aware of his marriage to the excellent and highly readable Somali-born Ayaan Hirsi Ali).

Pinker has no time for such concerns, failing to explore views that don’t fit standard liberal assumptions. To Pinker, Trump voters are ‘reality challenged’, and he is equally dismissive of Brexit, reducing it to part of a backlash against progress. It’s disappointing that he does not discuss the possibility that Trump or Brexit supporters might make their voting choices on anything other than the atavism, tribalism or bigotry with which he characterises them.

Pinker does provide useful ammunition to defend Western values and our economic model, showing how it is capitalism allied with science that created the abundance that progress depends on – sadly, for some people, not the obvious point it should be. Just in his introduction he manages to mention Hayek, Von Mises and Adam Smith. He goes on to argue that as long as we are all becoming better off, inequality, with all its difficulties of measurement, becomes less and less important. He is equally clear in attacking the nonsensical ideas and impenetrable language of post-modernists, rigorously defending reason and empirical thought from their pretensions.

The book is certainly interesting, but despite Fraser Nelson’s recent description of Pinker as one of our most ‘original and agenda-setting thinkers’ it is not clear how much new ground it breaks. He makes some enjoyable digs at the various forms of academic Marxism, but they are criticisms that have often been made elsewhere. Much of the good news on rising wealth can be found in works such as Johan Norberg’s Progress: Ten Reasons to Look Forward to the Future of 2016. His discussion of the decline in violence and warfare is worthwhile, but already explored in his well-known Better Angels of our Nature from 2011 (and works by others), and the criticisms of religion he includes would be familiar to anyone, religious or not, who has read the militantly irreligious ‘new atheists’ such as Richard Dawkins or Christopher Hitchens from the noughties.
Pinker is right to make us celebrate humanity’s successes, to think about how hard they have been to achieve and how the institutions and ideas on which they depend still need defending against ordinary ignorance and ideological malice. But perhaps we should still be far more cautious and qualified in our optimism than he would allow.