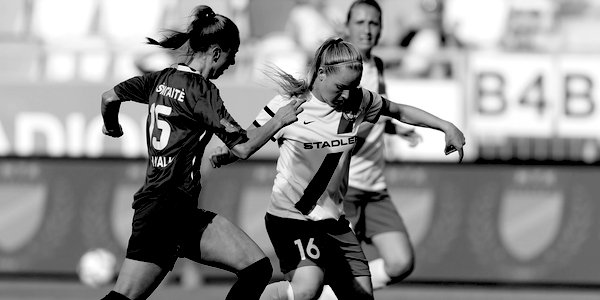 THE recent Spurs-Arsenal women’s football derby in front of a record crowd of 38,000 provoked fits of excitement among the liberal-Left media, which claimed a major breakthrough for the women’s game in its alleged ongoing battle against misogynist, sexist males who deny it its rightful place in the sporting world.

A year ago, the Guardian’s Suzanne Wrack wrote in one of countless carbon-copy pieces that it was ‘time for female footballers to be treated as equals’.  By this she meant equal distribution of money, the de rigueur cause in today’s ‘gender pay gap’ hysteria. Yet behind the pretence of a rational argument is a message crafted in PC-speak, in which football serves as a smokescreen in the cause to deliver diversity at any cost – and ultimately it does come down to cost.

In a profit-driven business, the market is king. And women’s football, contrary to increasingly assertive claims, does not stack up. Yes, in some cases its popularity has increased, both in terms of participation and match attendance. But even where the game is most developed, as in Italy, Spain and the US, the increase has been marginal. Elsewhere, including England, it has been negligible as average attendances in top leagues are counted in the hundreds. Where it does pull sizeable crowds, it does so in one-off games involving heavily discounted or free tickets or ‘Women’s Football Weekends’, during one of which the aforementioned derby was held and which took advantage of a European qualification break in the men’s game.

‘The Women’s World Cup,’ noted Fifa president Gianni Infantino, ‘has an audience of 1billion [and] should pull in at least $1.5billion (about a sixth of the men’s equivalent). But it [does] not. It generates far less.’ Not difficult to see, then, why female teams competing in this year’s World Cup shared £24million compared with the £315million shared by men’s teams at the 2018 tournament. As such, discrimination and sexism have nothing to do with a pay gap, which is due to pure market forces that do not render the women’s game commercially viable to compete in any way with the multi-billion-dollar business that is the men’s game. Demands for equal pay, therefore, have no merit and are based purely on ideological prejudices. And there is one very good reason why the women’s game will never be as marketable as the men’s:  ‘What a load of rubbish!’, the cry that every underperforming male team is all too familiar with.

Doubtless there are some women players who have decent individual skills and are capable of deft touches and passes, but most matches are exceedingly boring, uncompetitive, lack pace and skill and are replete with unforced errors. Nowhere is the disparity between the men’s and women’s games on display more than during the regular drubbings that top women’s sides receive from leading boys’ teams, which they are obliged to play as part of their training regime due to the shortage of competitive female teams. In 2017, for instance, reigning world champions America lost 5-2 to FC Dallas U-15 boys team. A year earlier Australia were thrashed 7-0 by Newcastle Jets U-15s, while in 2019 Manchester United ladies fell 9-0 to a Salford boys’ academy side. These are facts that cannot be hidden by the mimicry of men’s goal celebrations, uncritical TV commentary and claims of discrimination and misogyny in a grand game of the Emperor’s New Clothes.

Perhaps ‘specious comparisons’ misunderstand the nature of sport, which is about ‘struggle and contest’ and the best that one can be at what one does. But although ‘the time for pointless comparisons is over’ seems to have become the default position for those who lavish undeserved superlatives on the women’s game, it has an air of damage limitation about it. Ironically with greater media exposure, this comparison, specious or otherwise, is precisely what people are doing. And beyond initial curiosity, they are not particularly enamoured with what they are seeing. When the England and Barcelona female striker Toni Duggan commendably demanded ‘equal criticism’ for the England women’s team, claiming that praise heaped upon them even when they underperform is rather patronising, she ultimately invited open house on women’s football which hitherto has been protected by a PC code of silence. To subject the women’s game to the same level of scrutiny as the men’s would not be pretty, given the ubiquitous flaws that would be continuously highlighted. Sport indeed should be about struggle and contest, but people will naturally gravitate towards quality which will inevitably deprive substandard spectacles of financial and popular support. This in no way diminishes the struggle of sportswomen, but simply confirms a reality in the same way as celebrating women’s gymnastics as sublime and brilliant does.

It is of course possible to implement equal pay in women’s football, just as it was implemented in Grand Slam tennis tournaments. But when it was introduced at Wimbledon in 2007, it was not justified by commercial parity or equal work, because neither applied, but rather by a protracted campaign by activist players such as Billie Jean King and Venus Williams as well as Leftist British politicians, which gathered momentum amidst the increasing militancy of the gender equality climate with all its flawed arguments. This ultimately forced the chairman of the All England Club, Tim Phillips, to cave in after some years of defiance, on the grounds of ‘broader social forces’. The debate, however, has not gone away, with many like Novak Djokovic claiming that prize money should be ‘fairly distributed’ based on ‘who attracts more attention, spectators and who sells more tickets’. In this, he echoed the less diplomatic remarks of the Indian Wells Tennis Garden CEO Raymond Moore, who noted that women tennis players ‘ride on coattails of the men’.

Like almost every aspect of Western cultural life, sport has been hijacked by Leftist ideologues on the ‘diversity’ warpath who seek to turn it into an ideological battering ram against established social structures. Those in charge of women’s sport are advised to de-couple it from this ideological anchor to which it is tethered, lest it is demeaned further among a public that is growing weary of PC swagger.