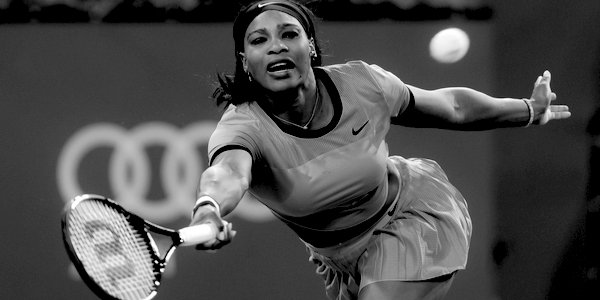 Feminism is responsible for many of the ills in today’s society, and one of them is the normalisation of obnoxious behaviour by women who should know better. Remember the Ban Bossy campaign – which said we should stop telling girls who were being obnoxious and bossy that they were being obnoxious and bossy? Well, the latest instalment of this saga is the flood of excuses being made for Serena Williams’s appalling behaviour in the final of the US Open tennis championships.

When discussing this issue it is important to know the timeline of events. Things started to fall apart for Williams after she lost the first set to the young Japanese player Naomi Osaka. Umpire Carlos Ramos gave her a warning for a coaching violation. Williams’s coach admitted later that he was indeed coaching her from the stands – something that is widespread but not permitted.

At this point, Williams explained her position to the umpire: it wasn’t coaching and that she would never cheat, preferring to lose. I have sympathy for Williams on this. She herself did not do anything wrong – it was her coach who got her the warning. However, she could have left it there and continued the dispute after the match. She chose not to, and the reason she chose not to was that she was losing the match.

As the second set progressed Williams lost a game and smashed her racket. This prompted a point penalty which is pretty much standard. Things went seriously downhill from there, and eventually she was ranting at the umpire. Then came the critical point in the match when Williams called the umpire a liar. He looked away. She repeatedly demanded an apology and when it was clear none was forthcoming she shouted at Ramos, ‘Then don’t talk to me.’ She had previously told him he would never be on ‘her’ court again, a telling choice of words. Finally, she called him a ‘thief’. This was too much for Ramos and she was given a game penalty.

Williams seems to believe that calling the umpire a thief is not serious, but to me and I suspect to Ramos this is worse than a straight obscenity or allegation of incompetence. This was calling into question his integrity and honesty as an umpire. It was an attack on his character. Williams was complaining that the coaching warning attacked her character, so she hit back in the same way.

After the match, having spoiled the win for her 20-year-old opponent, Williams played the gender card again and again and again. But standing up for women’s rights does not mean you can get away with obvious bullying behaviour. Some on social media have said that male players get away with worse. That might be the case with other umpires, but not with Ramos, who is a well-known stickler for the rules

Two years later, during the US Open final against Samantha Stosur, umpire Eva Asderaki incurred the wrath of Williams, who had celebrated a good shot before her opponent had a chance to hit the ball. Asderaki correctly assessed it as hindrance and awarded the point to Stosur. ‘I truly despise you,’ Williams said to Asderaki, later expanding on her thoughts during a change of ends. ‘I promise you, if you ever see me walking down the hall, look the other way because you’re out of control. You’re a hater and you’re just unattractive inside. Don’t even look at me. Don’t look my way.’

This tennis final has broader cultural implications. What we are witnessing now is women being treated like children – the constant making of excuses for downright abusive behaviour because they are female. As Williams is a member of a historically abused and oppressed group twice over there are many who believe she can do no wrong. They are incorrect, and holding Williams to a lower standard than they would others is an insult to her.

The message this sends out to kids and teenagers, especially those playing the game, is that smashing your racket and abusing the umpire is absolutely fine as long as you are ‘standing up for something’. The people who make excuses for Williams are exactly the kind of people to bemoan a general lack of civility in society these days.

Umpire Ramos was escorted off the court on Saturday night for fear of his safety while boos rang out around the court. Expect more of this: powerful women who should know better behaving badly while men slink off the stage in fear and shame for doing their job. It was a grim spectacle indeed. The fall-out, the excuse-making, the allegations of sexism and sometimes racism that came after were even worse.