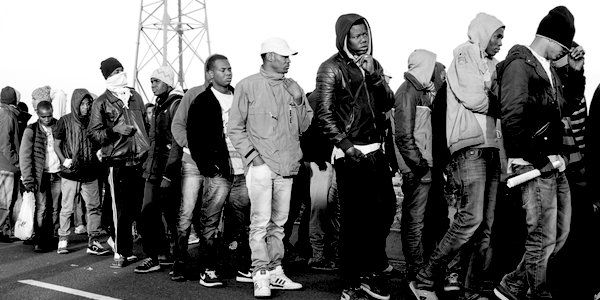 IN his article in Conservative Home on Monday, Tory MP Steve Double wrote that Theresa May had incorrectly read the public mood with regard to immigration, and that perceptions of immigration had become more favourable since the Brexit vote. To support his assertion, he cited the National Conversation on Immigration (NCI). May has misread the mood of the country over free movement. Now is the time to drop hostile rhetoric’

Polling by Ipsos MORI last spring (and see graphic below) did indeed find that a fifth of the public had become more positive about immigration, but that was because nearly half believed (EU) numbers were falling, or would fall, as a result of Brexit. In reality, while it is true that fewer EU nationals are coming than were arriving at the peak, there are still an average 90,000 more coming than leaving each year since the referendum. 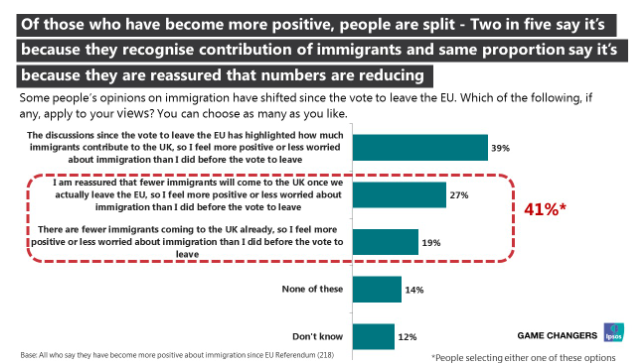 Net migration from the EU is still running at a significant level by historical standards and may well resume its upward trajectory once the uncertainty surrounding Brexit is resolved; not least as a result of the continuing economic pressures, wage disparities and unemployment – particularly youth unemployment – in certain EU member states.

In fairness to Mr Double, a more recent poll has shown immigration to be of relatively less concern to the public than it has been for some years, which he has attibuted to people recognising the benefits of immigration, as well as having faith in the government keeping its promises to reduce net migration. Really? A 2018 YouGov poll found that nearly two-thirds of voters think immigration levels have been too high over the past decade. Another one by Deltapoll, conducted over the summer, found that nearly three-quarters of the public (equivalent to 38million) want the Government to honour its promises to reduce net migration to the tens of thousands.

Mr Double also appears to have missed the findings of the open survey produced as part of the ‘National Conversation on Immigration’ exercise, organised by British Future and ‘Hope Not Hate’, which showed that a larger share of the public believe that immigration has had a negative impact on the UK than those who believe the opposite (see chart from p254 of their report below). 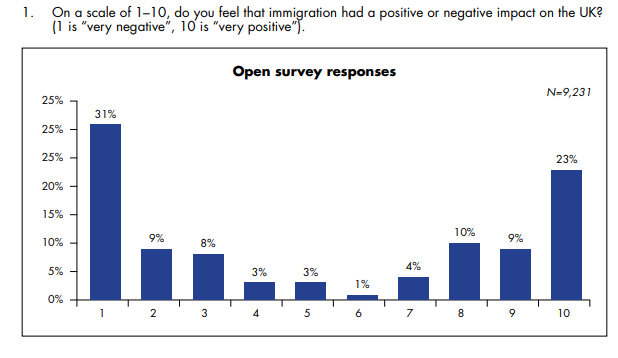 The ‘National Conversation’ asked a lot of questions, which elicited answers that suggested participants had a nuanced view of migrants and their contributions, but this is hardly a revelation. The public have always been in favour of moderate, manageable levels of migration. Of course they are happy to welcome migrants with the skills we need and the students who gain appropriate experience and return to their (often needier) countries to deploy their UK-acquired knowledge and skills and to become ambassadors for the UK.

The problem we at Migration Watch UK had with the ‘National Conversation’ wasn’t so much the questions that were asked but those that were not. While it did ask people if they thought it should be a priority to reduce overall numbers as well as whether the target should be kept or replaced with multiple targets, there was no reference in the polling section to the current and recent scale of immigration or any question about whether participants considered this to be too high or whether it should be reduced.

It is clear that a great deal of time and effort by the ‘National Conversation’ organisers went into talking to a large body of people. However, what they appear not have done was to listen to those they conversed with. In one section, the paper suggests that one of the Government’s tasks is to ‘secure public consent’ for immigration (p7).

Nevertheless, more than 40 proposals were made on the back of the survey’s findings, a number of which would actually loosen border controls (for example, recommendation 17, on p.10 of the report which calls for a reduction in the salary threshold for Tier 2 visas, or recommendation 22, on p.11which calls for a 13% increase in the number of international students over the next five years). One recommendation in effect calls on the Conservatives to abandon their commitment to reduce immigration and replace the target with a published three-year plan for migration (recommendation 2, on p.8 of the report). There would surely be no better way of further reducing public confidence in the immigration system.

Brexit, of course, has no bearing on immigration from outside the EU, and this is now at its highest since 2004. Non-EU net migration constitutes three-quarters of all non-British net inflows. There is, perhaps, a case for seeing the government’s emphasis on the ending of free movement from the EU as an attempt at deflecting attention from the fact that the proposals in its immigration White Paper would open the UK labour market to the entire world, which could well lead to a further increase in non-EU immigration, while the public remains utterly frustrated by the government’s continued failure to keep its promise (‘no ifs, no buts’) to reduce net migration to the tens of thousands, nearly a decade after the promise was first made.

The government and many MPs (Steve Double is far from a lone voice) seem intent on glossing over the public’s deeply felt concerns about the serious challenges posed by unabated immigration. The political class may even believe that if immigration were shown to be properly controlled (if only) the public would accept high levels indefinitely. They can go on telling us that mass immigration, which is what we have, is not really a problem or that it is for our economic good all they like, but the fact is that nearly two-thirds of the public disagree and do not want it.

Business has clearly become dependent on the steady stream of cheap labour, but as the Migration Advisory Committee put in its report last September, those who suffer downward pressure on wages due to immigration are likely to be among the lowest paid. And while the low-paid take a hit, investment in mechanisation is at the same time discouraged and the training and up-skilling of the workforce takes a back seat.

Meanwhile, the resulting rapid rate of population growth, 80 per cent of which has been due to direct and indirect immigration since 2001, adds huge pressures on infrastructure and public services. Mr Double and his colleagues may choose to brush aside public disquiet at such a state of affairs but the truth is that they are either engaging in wishful thinking or they are woefully out of touch. Perhaps both.