Windrush gave immigration a good name – then along came Blair 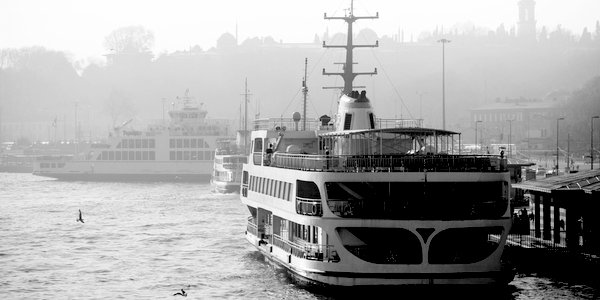 Seventy years ago on Friday, the Empire Windrush arrived in Tilbury Docks, where 492 passengers from the Caribbean disembarked to begin a new life in the UK. Many had already been to the UK, fighting alongside other soldiers, airmen and sailors in the British armed forces in the Second World War.

1948 was a very different time from today. The British Empire was still largely intact. Anyone born in the last fifty years can only imagine what it was like. The passengers on the Windrush were not foreigners, they were British subjects, and had the legal right to move to the UK and remain here.

The migration of the Windrush Generation was not technically immigration at all, as there was freedom of movement throughout the British Empire – on which the sun never set. Movement was of course greatly restricted by the difficulty and cost of travel. The Channel Tunnel did not exist, let alone cheap long-haul flights to the Caribbean. If you wanted to fly to Jamaica, you would have had to take at least three different planes. It was still normal to go by ship if you wished to cross the Atlantic.

All those who came over on the Windrush and subsequent ships over the next 25 years until 1973 were legal and British subjects. They spoke good English, found jobs, paid into the system and simply wanted to contribute to the ‘mother country’ by working hard and bringing up their children well.

This was mutually beneficial. The male population of the UK was depleted by the horrors of war, so men were needed to do construction work and other jobs which were hard to fill.

This is a far cry from immigration today. Whereas net immigration was controlled and steady at under 50,000 a year for half a century, when Tony Blair came to power his administration opened the floodgates for no good reason. In fact, their reasoning was despicable. Lord Mandelson has admitted that they ‘sent out search parties for migrants’ and that this caused trouble for ordinary British workers trying to find a decent job.

Today, there is mass, rapid, uncontrolled immigration of an order which is at least ten times higher than in the legal, controlled migration of the Windrush generation. Hundreds of thousands of migrants arrive every year in the United Kingdom from vastly different cultures, many of whom do not respect or love our country, and certainly do not see us as the ‘mother country’.

The apparatchiks of the Labour Party and their allies in the LibDems and ‘Conservative-In-Name-Only’ party on the progressive Left of British politics are shielded from the effects of their own policies. Safe within their gated communities, they never have to share their resources, time, space or facilities with the new arrivals, but consistently virtue-signal about the bigotry and xenophobia of ordinary hard-working British people who have seen their wages plummet and house prices go through the roof, and their children turned away from primary schools in their own towns because of overcrowding. They are the ones who have to share their space and resources without choosing to do so, and are slandered as racists by the out-of-touch establishment simply for calling for immigration to be controlled, legal and purposeful as it was back in 1948.

There is not even a pretence any more that the UK is controlling its borders. The Home Office admits that it has lost track of more than 600,000 who have overstayed their visas.

These are just some of the known unknowns. Nobody knows about the unknown unknowns who sneak into the country illegally and are never registered entering. It is likely that England is now more densely populated than India, and the green belt and British countryside is under threat of being paved over as our housing supply, NHS, schools and transport systems creak and start to buckle under the pressure.

The gentle and genteel migration of the dignified Windrush generation who came to the United Kingdom with humility and hope, and a willingness to work and contribute to the nation, has been replaced by chaos. Seventy years on, the arrival of the Windrush seems a world away, and is remembered with fondness.