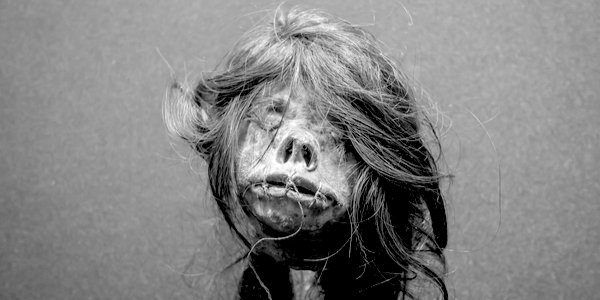 No idea? Neither have I, but it’s fun looking up the ‘Postmodern Generator’, a brilliant site parodying current academic language; or, alternatively, spending a morning listening to BBC Radio 4 which increasingly takes us deep into the anxious, prohibiting culture of post-modernism.

The bearers of this quasi-political gobbledygook are frequently females with doctorates in social science, occupying powerful, influential positions. In the last few days I’ve heard them covering a wide range of topics, starting with Dr Myriam François on Radio 4’s Moral Maze.

François, a former actress who converted to Islam aged twenty-one, has an Oxford PhD focusing on Islam in Morocco. She’s a research associate at the Centre of Islamic Studies, University of London, and founder of the blog ‘We Need to Talk about Whiteness’. She recently wrote in the Guardian that ‘Britain is a country whose modernity was birthed in violence and racial supremacy’.

Naturally she doesn’t rejoice to see white folks enjoying themselves. Last week, supported by C of E pundit Giles Fraser, she explained how ‘racist humour serves to normalise the expression of white supremacy in our society’. Jokes by the white majority are automatically ‘punching down’ at vulnerable people ‘disempowered’ by their race, sex or gender. And they had better stop it.

To her discomfort, many of the 600,000 objects in the museum were collected by its Victorian founder, who wanted to explore the Evolutionary theory. Her interest is in ‘Repatriation and Redress’, i.e. giving them back. She terms the collection ‘problematic,’ a Post-Modern keyword for ‘bad’. Particularly worrying are the shrunken heads. The public were once told playfully that they held a curse; now that curse is called racism. The danger is that white supremacist viewers might think they are ‘primitive’.

‘We want to understand how their descendants might want to be talked about,’ says Van Broekhoven. The heads must be ‘contextualised’ (another keyword), ‘understood as a result of religious ritual not violence’.

The museum itself is now accused of aggression. It is ‘the most violent space in Oxford’, says its director who aims to change that by ‘discussing power relations’, ‘restitution’ and ‘repair’. She has just submitted a report to the university about the future of the collection. Her aim is to focus on ‘collaboration, inclusivity and reflexive inquiry’ – academic-speak for non-racism. ‘We are engaging proactively with that,’ she explains, ‘foregrounding self-representation, co-curating, querying unhelpful binaries, engaging with forced migrants, refugees, and working with the LGBTQIA.’

I hope the labels in her gallery are easier to understand.

Radio 4 English may soon need an educational channel all of its own. Further problems we never knew we had were exposed by Dr Anna Derrig, who teaches ‘The ethics of life-writing’ at Goldsmiths, University of London. It seems that almost every action now has an attendant moral problem, from looking at shrunken heads to jotting in your journal. In The Digital Human on BBC Radio 4, Derrig suggested ‘entitled’ people should not write about ‘voiceless’ people without their permission. Derrig particularly challenged men, accusing acclaimed writers such as Karl Ove Knausgaard, author of six autobiographical novels, and falsetto-voiced diarist David Sedaris of ‘life burgling’. Sedaris, she said, is ‘very wrong’.

The American pop musician Moby was also a ‘burglar’ for mentioning US actress Natalie Portman in his memoir without asking her first, but was exculpated as he apologised. Public apology being essential to this new culture of prohibition and anxiety. No distinction was made between Moby, rude tweets, and serious memoir from Knausgaard. In post-modernism, qualitative distinctions between ‘high’ and ‘low’ art, primitive and civilised, are not allowed.

On the same programme Sonia Livingstone, professor of social psychology and former head of the Department of Media and Communications at the LSE, advised writers to ‘reboot’ their work to avoid ‘collateral damage’ to those written about. Where this would have put great diarists of the past from Samuel Pepys to Anne Frank she doesn’t say, but the move to writing ‘online’ seems to be the main cause of the insecurity. Danger lurks everywhere, no one is safe in this new world where privacy is being eroded by social media but where, paradoxically, increasing numbers seek immediate fame and exposure.

Respect for ‘identity’ seems to be posited as a safeguard against unwanted intrusion and damage. The main aggressors commonly identified by these doctors are ‘entitled’ white men, always out to rob and abuse ‘people of colour’ and women. ‘Who does the telling?’ demands Professor Livingstone. ‘How is their narrative demeaning others?’

She warns that ‘identity is always relational’ and urges an examination of all power relations, even between parents and children. In that context there is the new sin of ‘sharenting,’ posting images of one’s children on Facebook or showing them to other adults without the child’s specific permission.

I prefer to think these women are all professors of extreme Dada, hoaxing BBC Radio 4, having a hoot about post-modernism and its acolytes. I hope that, to quote a privileged pale, stale American male, they cannot be serious!