NewsPaperthe art of publishing
Home News Will Canada be the battleground between ‘progressives’ and Islam?
0

Will Canada be the battleground between ‘progressives’ and Islam? 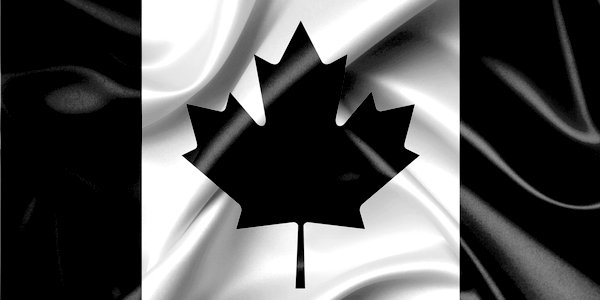 MOST Canadians are like milk – inoffensive and gentle. A few are sour but on the whole they are a kind and welcoming people. Bump a supermarket trolley into a Canadian and they will apologise profusely even though they are not at fault. Such a pity that their prime minister, Justin Trudeau, is inept and incapable of holding back dark forces threatening Canadian democracy. Trudeau is like zero per cent fat milk – weak and not worth it.

Canada has four main political parties.The Liberals are currently in power and the main opposition in parliament are the Conservatives. The New Democratic Party (NPD) is reminiscent of the worst elements of the Labour Party by currently warning against foreign interference in Venezuela. It has no problem targeting Israel for sanctions and inviting anti-Semites to speak at its 2018 convention. The fourth-largest party, Bloc Quebecois, mainly concerns itself with separatist politics.

Into this mix comes a new party. The Islamic Party of Ontario registered last year for the province’s elections and advocates a theocracy for Canada governed by Sharia law. The party is led by Jawed Anwar, who once accused a Muslim Canadian journalist of being an apostate and an ‘enemy of Islam’ – a death sentence in some Islamic countries. It remains to be seen if secular and integrated Canadian Muslims will vote for politicians espousing the same religious dogma from which many immigrants have fled.

Islamist political parties in the West are not a new phenomenon. The Islamic Party of Britain, which advocated Sharia law and the death penalty for homosexuals, was operative from 1989-2006.

Respect – the lovechild of Islamism and socialism – managed to get George Galloway elected to Parliament before it too disbanded in 2016 after a misogyny scandal. The Australian Muslim Party lasted only a year before its founder was arrested for fraud.

But this was before Islamism became all the rage in Western Left-wing political circles. Anwar denounces critics as ‘Islamophobes’ and for fear of being called the same nobody in Canada, except a few brave activists, has admonished him for it. How much of a success the Islamic Party of Ontario will be is yet to be seen. It certainly has competition not only from the socialist NDP but also from the Liberals. During his tenure Trudeau has approved policies and made decisions that would make the most vehement Islamist proud.

In 2016 Trudeau absurdly claimed that Sharia law is compatible with democracy. A year later he was criticised for his government’s payout of £10.5million to jihadist Omar Khadr who spent ten years in Guantanamo Bay. Trudeau capitulated when faced with accusations that the Canadian government did not adequately protect Khadr and so conveniently ignored the obvious truth. Why was a Canadian citizen in an Al Qaeda compound, fighting alongside an enemy of Canada? Trudeau showed, at best, a dire lack of judgment and, at worst, deference to Islamism when he gave Canadian taxpayers’ money to Khadr in what can only be described as ‘pay for slay’.

Trudeau’s ‘cuddle a jihadist’ approach is reminiscent of David Cameron’s ‘hug a hoodie’. Weak prime ministers might think actions like this are praiseworthy but they are in effect encouraging more extremism and criminal behaviour. The notorious M-103 motion, passed by Canada’s House of Commons in 2017, makes criticism of Islam illegal and outlaws ‘Islamophobia’. Sponsored by Liberal MP Iqra Khalid, M-103 makes no mention of any other faiths despite claims that it protects against all forms of religious discrimination. Worryingly, Islamophobia is now illegal in Canada but a political party promoting destructive Sharia law is accepted.

A phobia denotes an irrational fear. There is certainly nothing to fear from most Muslims, but there is something to fear from Islamists given that they are the greatest perpetrators of terrorism in the world today. A far more appropriate expression to use is anti-Muslim hatred. What has happened to debate and freedom of speech? Must post-liberal Puritans and their co-conspirators, Islamists, ban everything they don’t like?

Trudeau has also signed up to the UN’s insidious Migrant Pact. Canada is geographically vast so the devastating effect of uncontrolled immigration is less in comparison to the more crowded cities in Europe. But Canadians are still rightly concerned about its impact. They are also weary of Trudeau’s virtue-signalling when it comes to identity politics and Islamism and his use of taxpayers’ money to fund his vanity projects. Canada is not without its problems – punitive taxes, exorbitant cost of living, homelessness, drug abuse and job insecurity – yet Trudeau seems oblivious to all of this.

Canadians, like the British, are very aware of the issues of racism and religious discrimination. They don’t need to be admonished by those who have racist leanings themselves, goaded by the incompetent Trudeau. Accusations of ‘Islamophobia’ create victimhood where none should be, are unnecessarily divisive and detract attention from those who are truly suffering from racism and persecution, such as Christians in Pakistan and the one million Uighur Muslims imprisoned in Chinese concentration camps.

Seemingly Canada is another Western country with an out-of-touch and weak leader who is paving the way for Islamism to thrive. The danger could be that anti-Israel, anti-American and anti-Semitic rhetoric will be ramped up by politicians vying for votes from those who support Islamist propaganda and are considering voting for the Islamic Party of Ottawa. But I have faith in in the sensible and peaceful Canadians, of all races and religions. The fight for the survival of the West’s Enlightenment values may well take place in Canada when the seemingly unstoppable force of progressive intersectionality finally meets the immovable object of Islamism.