NewsPaperthe art of publishing
Home News Will any Right-leaning comedians please stand up?
0

Will any Right-leaning comedians please stand up? 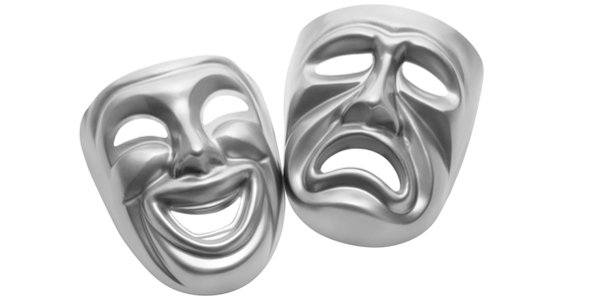 COMEDIAN Konstantin Kisin made news last December when he withdrew from a booking at University of London’s School of African and Oriental Studies. The Russian-born stand-up declined to sign a ‘Behavioural Agreement Form’ which prohibited ‘racism, sexism, classism, ageism, ableism, homophobia, biphobia, transphobia, xenophobia, Islamophobia or anti-religion or anti-atheism’.

I just received an invitation to perform *comedy* at a university…

The title of this "contract" nearly made me puke. @UnleashedComedy pic.twitter.com/4tUPCFwTLG

Evidently it was more important that comedians were inoffensive rather than funny. All of the aforementioned transgressions are of course highly subjective, yet arbitrarily the school’s comedic commissars required all jokes to be ‘respectful, kind and non-abusive’. These risible restrictions were anathema to Konstantin Kisin – ‘this “contract” nearly made me puke’ – which was understandable because since early 2018 he and fellow comic Francis Foster have co-hosted a weekly YouTube broadcast with the mocking title TRIGGERnometry.

The show aims for ‘open, fact-based discussion of important and controversial issues’ and generally succeeds. The varied guest list has been impressive and it is worth dipping into the archive. The latest edition, Comedy, Liberal Bias and Offence Culture, is an interesting interview with the very amusing stand-up Simon Evans. For those unfamiliar with his act, here is an appearance on BBC’s Live at the Apollo.

He also has twice appeared on Question Time, and is seen here occupying the sought-after seat between Caroline Lucas and Diane Abbott.

''We need to show some courage and some spunk'' @TheSimonEvans says the UK needs to take on a new adventure post-Brexit #bbcqt pic.twitter.com/OskUi3nNhl

Evans is sometimes referred to as a comedian of the Right, although within a profession which leans far-Left his political position is only relative. For example, towards the end of his TRIGGERnometry appearance Evans takes a relaxed view of mass immigration and believes the economic case to be incontestable. Nonetheless, he occasionally has been a welcome contrarian, such as when he startled Radio 4’s right-on News Quiz by describing Trump as ‘objectively speaking, probably the most successful president of my lifetime’.

It is safe to assume that opinion is not shared by Jo Brand who, after Nigel Farage had been splattered while electioneering, contributed the side-splitter, ‘Why bother with a milkshake when you could get some battery acid?’ On TRIGGERnometry, Simon Evans concurs that what Brand subsequently called her ‘fantasy’ should not have made it to air, though he blames solely the editors and producers. In the extract below, Evans exonerates Jo Brand because ‘to function as a comedian you have to be able to cross the line, realise you’ve crossed it and retreat without having your career in tatters or without having a police investigation’.

Objectively this is true. However, Simon Evans also identifies and decries the ‘huge amount of hypocrisy’ from the Left, and in the particular case of Jo Brand he confesses to ‘a tiny bit of schadenfreude in seeing her held to account’.

Evans helpfully reminds us that Jo Brand had form: ‘She herself has called other people on that kind of stuff. She famously had Carol Thatcher essentially blackballed from any further employment prospects at the BBC after an off-the-cuff remark she made in the green room [in 2009 Thatcher reportedly referred to tennis player Jo-Wilfried Tsonga as a “huggable golliwog”] . . . whether that was intended as revenge for Jo Brand’s quite open loathing for her mother, for Margaret Thatcher, I don’t know, but it seemed to be an extraordinary coincidence if it wasn’t.’

Then a reporter on The One Show, Carol Thatcher refused to make a grovelling public apology; as a result, during the past decade she has rarely been seen or heard. By contrast, a few hollow words from Jo Brand were sufficient for the harridan instantly to be forgiven and kept on BBC speed-dial.

Brand’s infraction occurred during Radio 4’s Heresy, which provided the BBC with the convenient excuse that the show’s jokes are ‘deliberately provocative as the title implies’ and ‘not intended to be taken seriously’. However, as Simon Evans wryly notes, ‘Nigel Farage literally deserves to have life-changing injuries – that’s not heresy. In front of a Radio 4 audience, that’s orthodoxy!’

Warming to his theme, Evans bemoans how ‘the BBC struggles to find even centrist comedians . . . they struggle to find anyone who challenges the campus politics that seems to dominate’. Gary Delaney, who on television is mostly a quickfire pun-slinger, might not thank Evans for outing him as ‘a little bit Right of centre with his politics and quite interested in libertarian ideas’.

The surreal Milton Jones, another clever wordsmith, also is identified as being at least a centrist. Simon Evans makes the interesting point that although Delaney and Jones both have been TV regulars on BBC’s long-running Mock the Week, their contributions to the show remained apolitical, whereas the programme’s procession of Lefties – Evans’s example of smug Chris Addison was just one of many he could have chosen – avidly have shared their tediously predictable prejudices.

The only stand-up openly identifying as large-C Conservative and currently making regular appearances on BBC television is Geoff Norcott, whom Kishin rightly observes to be a ‘very skilled’ comedian but ‘very mild’ as a Right-winger. Indeed, such is the BBC’s confidence in Norcott’s moderation that it even allowed him to front the recent investigative film How the Middle Class Ruined Britain.

Geoff Norcott is a congenial comic, though rather a solitary fig-leaf for the BBC’s Left-liberal bias. As Simon says, Norcott is ‘not someone who slays the sacred cows of the Left in the same way that Stewart Lee would do to the Right . . . It would be useful to have the Right-wing equivalent of that’.

The few comedians who do lean Rightwards tend to be libertarians rather than social conservatives. Evans identifies the void: ‘There is a sort of presumption . . . that Right-wing is the voice of privilege and the voice of power. But that’s just nonsense, the Right-wing can be the voice of tradition . . . traditions are being obliterated . . . for instance, anyone who has a traditional view of gender, sex and what it is to be a man or a woman, their views are currently literally unsayable on the BBC. You can actually be held up and arraigned in the court of public opinion for having the view that a man is a biological man. That is a traditional point of view, and whether it’s right or not it’s a point of view which someone should be able to express without feeling anxious, yet that is no longer the case.’

Simon Evans is not a standard bearer for the Right, nor would he wish to be its comedic voice. But he does at least recognise that social conservatism deserves a fair hearing.

The full broadcast of TRIGGERnometry: Comedy, Liberal Bias and Offence Culture can be viewed below.