NewsPaperthe art of publishing
Home Laura Perrins Why won’t men marry? Because they don’t want to
0

Why won’t men marry? Because they don’t want to 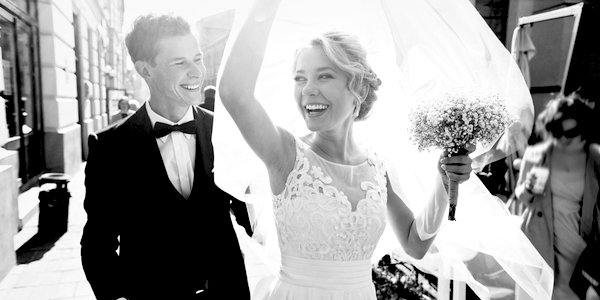 WHO killed or is killing marriage and the family? This is quite a hot topic amongst conservatives right now so I have decided to stick my oar in.

Tucker Carlson blames, to some extent, the market and its disruption of the male wage. Conservatives have always had an uneasy relationship with the free market and capitalism as the free market is the great disruptor. This is why conservatives take what is sacred out of the market completely – some things are not for sale. However, for everything else the market is the best way to organise economic activity in particular because it protects liberty and property rights. Trying to control the market in a heavy-handed manner usually leads to more harm than good.

I must side with David French and Ben Shapiro, who put a premium on individual responsibility over ‘structural inequalities’ that the market may or not generate. If conservatism is to mean anything it must mean taking responsibilities for your actions.

Belinda Brown has set out how feminism has attacked the nuclear family and the male breadwinner for decades. For the feminists, only by destroying both could women be free – from men at least. They are still dependent on men in terms of the State. And as men pay a disproportionate amount of tax they contribute far more to the welfare state that sustains the ‘independent’ single woman than women as whole.

There is no quibble from this website as to the damage feminism has wreaked on the relations between men and women, between mothers and children and the family as a while. But it is not solely the fault of either feminism or the market.

The reduction and sometimes the collapse of the male wage does of course have an impact on marriage rates. However, there is some evidence that even in areas and towns in the US that enjoyed isolated increases in male employment and wages the marriage rate did not increase. Women had more children with these men – but they still didn’t get married.

Further still, this wage/marriageable men link is a chicken and egg debate. If a man wants to get married he knows he must earn a decent wage. In fact, arguably the increase in female employment should take some pressure off him, as he no longer has to be the sole earner or even out-earn his female partner but he does have to earn a decent wage. Therefore, if he really wants to wed, if he wants to ‘be in a position to get married’, then this should act as a huge motivation to enter employment and start increasing his wage – something that is still possible in both the UK and US.

What this really boils down to is that marriage must be a value that a man, and indeed a woman, must have if they want to get married. It might sound obvious but not everyone does see marriage as a value.

The market is completely neutral on marriage – it doesn’t care. I accept, of course, that feminism has relentlessly attacked marriage although many feminists do finally succumb and get married themselves, but it is not solely to blame.

Marriage was a very strong societal value 50 years ago but is much less so now. The collapse in religion (all the main religions value marriage, and Catholicism gives it sacramental value), has certainly contributed to the drop-off in marriage. However, individuals can still decide to make marriage a value for themselves. Further, families and communities have a huge influence on whether their children see marriage as a value.

The same men, the same working-class men many conservative commentators would have us believe are marriage-shy and can’t afford it, are often exactly the same men who spend inordinate amounts of time, money and energy following a football team around the country, crying when they lose and often also crying when they win. This is because they value their football team – they are loyal to this team and they see it as a duty to support it. So don’t tell me these men couldn’t get married if they wanted to. They could, but they just don’t want to.

Now it is around this time where some of the men will come out of the woodwork and say – screw you, Perrins! Why should I get married in this system where I could be divorced in a blink of an eye, and lose my kids and house etc? And anyway there are no decent women to get married to. And my reply is – fine. If that is your opinion, fine, but you are proving my point: you will not get married because you don’t want to get married. You do not value it.

So there we have it. Are there forces aligned against marriage? Yes, of course: the tax system, the government, the feminists, and others. Ultimately, however, we are not tools of the feminists any more than we are tools of the patriarchy. Everyone is a free moral agent.