NewsPaperthe art of publishing
Home Brexit Watch Why won’t Johnson use his power to set us free?
0

Why won’t Johnson use his power to set us free? 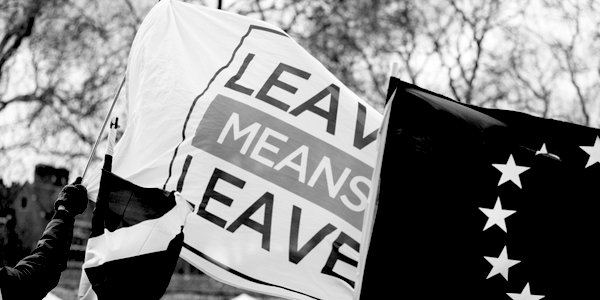 BORIS Johnson won a devastating victory at the general election, the pollsters telling us that his leadership was critical in gaining the trust of the former Labour voters who gave him such a landslide.

Why then, given the leverage he has to push a decisive Brexit through, are we getting the impression that he is not using that power to avoid the very vassalage he warned of or to set the UK free as a trading nation? Signs of our expectations being managed and a soft Brexit, or even a BRINO, coming down the track from the man avowedly committed to a clean Brexit and to avoiding EU control by alignment can’t be ignored.

Convening a Brexit cabinet meeting in Sunderland doesn’t disguise or dissipate them. Nor did the PM’s strangely lukewarm (from one who led Vote Leave) Brexit Day speech last night do much to assure us he’s ready and prepared for those ‘bumps in the road ahead’. It was goodbye to the bumptious Boris of the oven-ready trade deal promises with the EU (already stuck in Ursula von der Leyen’s slow cooker?) and hello to the new muted PM. The President of the European Commission by contrast hasn’t toned down her warnings: telling us to expect tough trade negotiations, that ‘it’s not only about negotiating a free trade deal but many other subjects’, that a zero tariff agreement comes at a price of total business alignment and it’s anyway impossible by the December deadline.

Who’s setting the terms of the talks? The EU again. The smell of May’s tortuous and hopeless negotiations is in the air. Are we really to believe Johnson’s promise to walk away without a deal rather than extend the transition period or kowtow to EU terms? The clock’s ticking but the talks have not even begun and won’t for yet another month. It is hard not to see this as another giveaway to the EU.

Now his attempt to play off the United States and the EU and so leverage their trade talks with both looks to have achieved just the opposite. Ambrose Evans-Pritchard, reporting from Davos in the Telegraph, adds to the sense that the UK is dithering, not dealing sincerely with the US but using it as a foil to get a better deal from the EU, suggesting both incompetence and a lack of honesty in its intent to embrace Brexit.

He describes an EU playing dirty and probably illegally in pursuing a punitive deal with the UK; early signs from Brussels that it plans a hardball strategy, and is advising EU states to deny the UK ‘mutual recognition agreements’ needed to certify that goods are fit for the single market. Yet these arrangements are standard fare in world trade. The UK has already secured them with the US, Japan, Canada and others. The threat that post-Brexit Britain will be treated punitively because it is an ex-member is in order to force the Government to its knees in trade talks.

The lack of counter-attack to all this bodes ill, as does the offending of the US, notwithstanding Secretary of State Mike Pompeo’s conciliatory remarks this week. Chancellor Sajid Javid’s revelation that he intended to pursue a trade deal with the EU first rather than seeing what America has to offer prompted a barbed retort from the man who’s already threatened retaliatory tariffs over the UK’s planned digital tax on US tech giants – US Treasury Secretary Steve Mnuchin who said: ‘We thought we’d go first’.

Getting into simultaneous fights with the EU and the US is an extraordinary lapse in diplomatic strategy and both incoherent and incompetent. Taken with his offensive and high-risk Huawei plans, his dithering over Iran, his put-down over his Australian points migration system, Boris looks more like a PM being given the run-around by Whitehall and the old guard, than a PM with a massive majority for which he can take the credit.

Add to this his failure to comprehensively rebut the EU’s outrageous demand for free access to fisheries as a precondition to any trade talks (Equivalence for fishing? That’s not a deal, as Catherine McBride’s paper, sums it up) and you have to ask whether Boris does need some lessons from Donald Trump.

Meanwhile, it is back to the future with Project Fear and the business lobbies repeating the old refrain about their ‘grave concerns about the government’s grasp of the critical details of the trade negotiations amid fears that it is too little, too late’, eagerly reported by the Remainer (aka Financial) Times.

Then there’s the question of why the government has not been working flat out to prepare for a WTO exit, as Boris told us after his election win would be the case, dealing with businesses, ports, customs etc. We see an expensive gravy train consultation process going on but little on the nitty-gritty of making arrangements for import/export activity. Are we yet again to find that we are being hoodwinked?

The impression that Boris is being pushed back by the establishment forces of Remainerdom lying below the surface is underlined by retrenchment over other policies, devastatingly set out by Bruce Newsome in his TCW article Boris, the Blair in Tory’s clothing. This is a man not using his majority ‘to reconcile elite politics with popular politics’. Neither the bottomless pit of HS2 nor, even more worryingly, Huawei, the dangers of which we’ve been recounting in these pages since May last year, and which the Times raised alarm about this week, do this.

Dominic Cummings’s efforts at draining the swamp of the civil service have a score so far of Whitehall 3, Cummings 0. Sir Humphrey wins again, suggesting that Johnson either is not able to exercise his unique power over his Cabinet or Whitehall or does not wish to.

Yet he is the Conservative Party’s jewel in the crown. He turned its fortunes around and he, with his strategist Cummings, gained those Labour voters’ trust he must keep. No other Tory comes near to his charisma or electoral appeal.

So why let Cummings’s plan to shake up the civil service be suffocated by Whitehall? Why the backtracking on reforming the various departments of state, tax cuts for business and defence policy? when he could be demanding action now – unless of course he was firing off rhetoric before with no intention of breaking free from the EU tentacles.

What are we meant to conclude?

Sir Mark Sedwill, at the heart of May’s egregious Withdrawal Agreement, keeps his job, and David Frost, a career Foreign Office and EU desk apparatchik, has been given and keeps the lead in ‘negotiating’ with the EU. Was there no one with a long-term commitment to Brexit to fill this role?

Turning the US deal into an impossibility, de facto, suggests that Brexit is under a two-pronged assault with Sir Mark fully in control and Whitehall ‘clear-eyed’ about the high risk, pro-EU and China/anti-America policy of bringing Huawei right to the centre of UK telecoms. Boris’s continuous slighting of the US and its good intentions towards us, as if determined to favour the brutal bullies of the EU and cut us adrift from our Atlantic alliance, is deeply disturbing. It sits badly from a supposed fan and biographer of Winston Churchill. Churchill was not a devious manipulator and did not hoodwink the public. He grasped what was needed, however much it was against the stream of political opinion, and he demanded urgent action from his civil servants. He told them what to do, and quickly.

Is Boris Johnson still capable of doing this, given all the pushback he has taken from Whitehall as it seeks to buffer and even sabotage a clean Brexit by its power of stasis and delay? The jury is out.