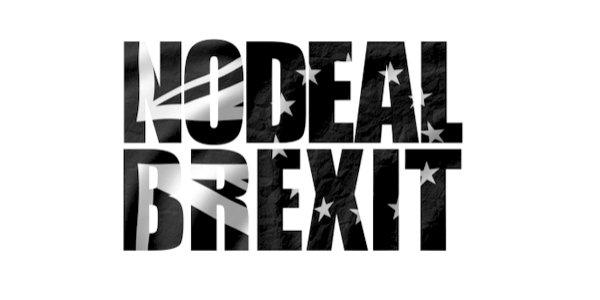 WE HAVE long argued the case for No Deal and lamented the failure of Brexiteers (with a few exceptions) to push it positively, not just as a default. It’s been hard to understand why, when a successful No Deal is the remainers’ worst nightmare.

There is still time left. It ain’t over till the fat lady sings. And, according to the Telegraph’s EU Editor, Peter Foster, she hasn’t yet.

Giving Theresa May ten more days which is what, he argued in yesterday’s Brexit Bulletin, the EU have done, was carefully calculated not to take No Deal off the table:

‘On the contrary, if the Brits do not agree to hold EU Parliamentary elections before April 12 then they will automatically cut themselves off from the safe-haven of a longer extension. In other words, “no EU extensions without elections” . . . .

‘If Mrs May cannot pass the deal through Parliament, if Parliament cannot use the 14-day window to take back control from the Government and propose a majority for something else, then the clock is ticking down to a “no deal”.’

I admit this is somewhat convoluted and hard to follow but it is as close to my understanding how the land lies this weekend as I am going to get, and leaves me a little more hopeful than I was yesterday morning.

What it does underline is how important it still is for Brexiteer MPs to hold firm. The WA, with or without a Grieve/Letwin/Cooper amendment, is BRINO not Brexit.

They still have time to set out the truth about No Deal. Last week we pointed them to Ruth Lea’s excellent case for a managed No Deal – which would be a liberation, not a crisis.

Today we point them to her subsequent article which sets out in comprehensive detail why No Deal would favour more businesses than it hurt, and how we can afford to compensate the ones who might initially be detrimentally affected:

‘There are two factors in our favour if there is a No Deal Brexit,’ she wrote. ‘Firstly, there should be no need for painful discussions over the EU’s recognition of our product standards because we are completely compliant already. Given this compliance, WTO rules state quite clearly that the EU cannot discriminate against our exports to them. Even if the WTO’s rules on non-discrimination did not exist, the EU would have been cutting off its nose to spite its face if it discriminated. The UK would surely have retaliated and, given the EU’s huge visible trade surplus with us (£95billion in 2018), their exporters would have had more to lose than ours. Commercial realities, surely, would have prevailed and this tit-for-tat would never have arisen.

‘Secondly, the EU’s average import tariffs (relating to the Common External Tariff) which EU importers would have to pay on UK goods exports into the bloc would be low. (There are no tariffs on services.) Therefore, the potential damage to our exporters’ price-competitiveness would be, on the whole, containable.’

You can read her detailed breakdown of the relative winners and losers across the full range of British manufacturing industry here,

It should be required reading for all MPs, not just Brexiteers.