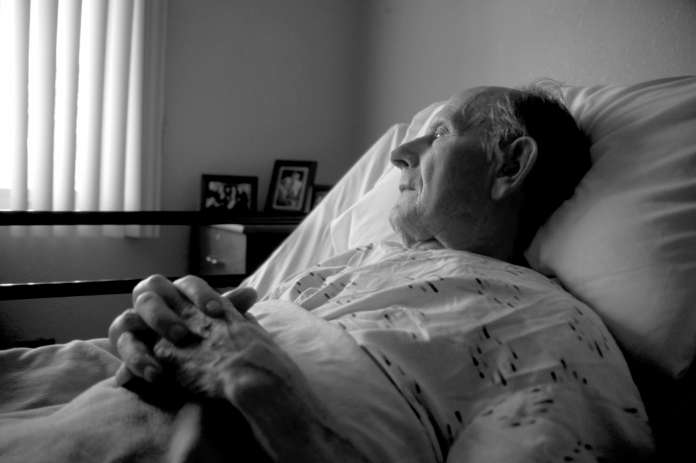 AFTER years of wrangling and stiff opposition, New Zealand legislators have finally passed a Bill that would legalise euthanasia, to be voted on in a referendum next year.

The Bill was amended by its sponsors to take into account a range of objections, not least fears about ‘the vulnerability of the elderly being coerced to die’. It includes requirements that the patient must be diagnosed as having less than six months to live, must be ‘the first to suggest assisted dying’ and that two doctors must agree that the patient is well informed. David Seymour of the ‘libertarian’ party ACT insists that ‘people who are genuinely concerned have nothing to fear as there are robust safeguards in place’.

However Carolyn Moynihan of Mercatornet reveals that the New Zealand Bill is much worse than Mr Seymour makes out: a hospice opt-out was voted down, doctors will have to refer patients for assisted suicide if they have a conscientious objection to doing it themselves, and there is widespread public ignorance about the whole thing.

By now it should be obvious from the experience of ‘assisted dying’, notably in Holland, Belgium, Oregon and Canada, that the ‘safeguards’ are there only to get such Bills through, at which point the process of dismantling them begins. Our own 1961 Suicide Act contained the safeguard that assisting in a suicide would remain unlawful; now it is under siege, no longer seen as a safeguard but a barrier to autonomy – but to whose autonomy? By its very nature it is aimed at those who need ‘help’ to commit suicide – the sick, the elderly, the disabled; and when the public has got used to that idea, babies and the very young, the most helpless of all.

The biggest barrier of all to such measures is the psychological resistance to accepting death as a good idea, but once people get used to the ‘planned death’, safeguards are dismantled and access widened. Already, Mr Seymour’s ‘reassurance’ that his proposal is ‘entirely about choice’ contains a menacing hint to opponents to butt out of other people’s lives and deaths: ‘Just as their rights and choices are respected, they will also need to respect the choices of others’. There is already strong resistance among the medical profession to this measure, but once the consumer choice of death is introduced, will anyone reluctant to ‘choose’ to kill their patients, or to refer them to doctors who will, be barred from practising medicine? The fact that killing patients was once a bar to practising medicine tells us all we need to know about the power of a good idea – autonomy, choice, freedom – to have terrible consequences when used to justify doing a bad thing, especially when it tramples on the autonomy, choice and freedom of those tasked with carrying it out.

Holding a referendum on this contentious issue sounds reassuring, but even if there were a massive majority in favour of the Bill it would not make it right to kill the old and weak. Some believe in a ‘right to die’; many others more pragmatically support the idea when in good health and prosperity, seeing it as an ‘insurance policy’ against worse times, regardless of the effects on those less able to defend themselves from dark thoughts and the temptation simply to give up the will to live. Once this Rubicon is crossed, when their own time comes, there will be no one left to defend their right to life. Thus do societies that permit suicide themselves commit suicide – more slowly but just as surely.