Why the yoof are turned off by Tories 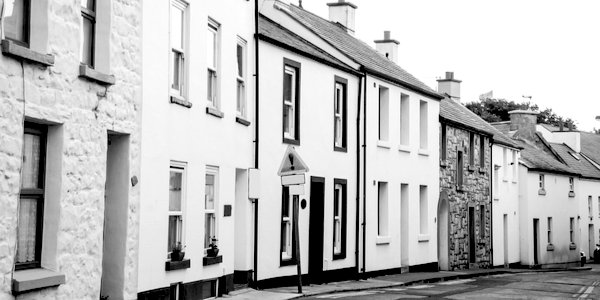 THE Tories, along with the rest of the country, are going through an existential crisis. One facet of their angst seems to be, ‘This has led to ’Penny Mordaunt and Matt Hancock calling for a change in tack towards us feckless millennials.

A study, part of a report called Generation Why? by the think-tank Onward, found that people now don’t vote Tory until they are aged 51. This has gone up from 47 at the 2017 election, and 34 before that.

I’m always sceptical of ‘youth outreach’ by politicians. They rarely know what the youth want. Further, it suggests that young people are a different class who want different things from someone middle-aged.

Why wouldn’t young people, on the whole, want the same as everyone else? A regular income, a house of their own and a stable relationship? Of course, the state shouldn’t be responsible for pairing people up – but it shouldn’t be working against it.

I believe a lot of the 18-24-year-olds who voted for Corbyn’s Labour in the last election, and for Bernie Sanders in America, thought these candidates were more likely to bring about those things, not because they are raving commies.

Young people are less likely to want to conserve the things that they mistakenly see as restricting their progress in life. That’s why so much Leftist rhetoric involves ‘smashing’ things and remaking society, rewriting the rule book and burning your bra. Only as they get older do they realise that the institutions they used to malign are helpful.

Housing is the biggest issue for people my age, not only the extortionate rents, but the huge deposits and the competition for places. Realistically, for someone in their twenties to get on the property ladder they either need to live at home for several years so that they can save, or they need help with a deposit from Mum and Dad. This isn’t feasible for a number of people. Perhaps their Mum and Dad don’t have £20,000 lying around, or they can’t live at home as their job is elsewhere.

Young people of all creeds and colours can see that if there are 330,000 people a year coming into the country, this is going to put a strain on the housing market. The modern Tory, profit-driven, view of the world will see this as a good: you get to increase rent and housing prices go up. Some wages can go down, too.

But that’s not how most young people think. They just want a home of their own. Is that expectation amongst my cohort to own a home at some point so outlandish? You might argue that our parents’ generation, the majority homeowners, have set the bar too high. But the Tories shouldn’t be afraid of advocating for this, nor for immigration curbs in light of it.

The Conservatives need to realise there can be inherent contradiction between being economically liberal and socially conservative. For example, are they in favour of traditional sexual morality and the advocation of marriage? Or in sex as a commodity?

There will be a subset of youth, the problematic ‘Owen Jones’ brigade, who the Tories should not bother trying to woo. They will never succeed. Nor are they representative of my generation.

If the Conservatives wish to win over the three million young people who would consider voting Tory, they should keep it simple and appeal to the generation now suspended in a period of extended adolescence well into our late 20s and early 30s. Much of this may be our own fault – we need to take responsibility for our actions. Yet the culture in which we live does work against us.

The four pillars of adulthood – getting a job, getting married, having kids and owning a home – happen at an ever later age. But like every generation before us, these are the things we still want – ever more desperately and ever more despondently as fewer and fewer of us get married. If the Tories wish to woo the youth, they need to demonstrate that they are the party which will help make these most fundamental of dreams come true.

In short, they need to help the young attain things they want to conserve but that society has been too ready to throw away: family life and a future.