Why Sir Keir had to sack RLB 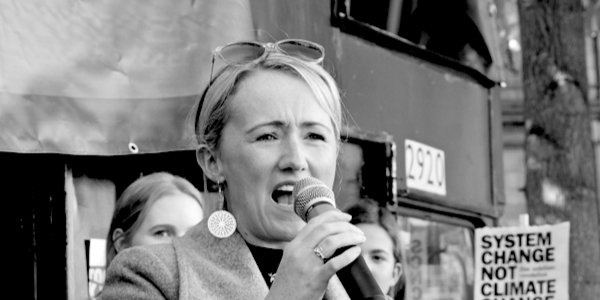 THE Right Honourable Sir Keir Starmer KCB QC MP had no choice but to fire Rebecca Long Bailey, his shadow education secretary. This was not a test of his leadership, but an act of political survival by the most inexperienced politician in over 100 years to become Leader of the Opposition. In similar circumstances, Ed Miliband, Sir Keir’s predecessor-but-one and now a member of his shadow cabinet, fired Emily Thornberry (also a member of Sir Keir’s shadow cabinet) in 2014 over a tweet that exposed Labour’s traditional antipathy to English culture and national heritage. Miliband fired Thornberry just as the polls closed on the day of a by-election. If Long Bailey had not gone by 10pm on Thursday, Sir Keir would have been seen as weak by comparison with someone who was regarded as a weak leader.

While Miliband acted quickly (but not so quickly that news of the sacking could influence voters in the by-election), Sir Keir’s team had several goes at making Long Bailey walk. First, they demanded that she send out a clarifying tweet, saying that she supported only some of left-wing actress Maxine Peake’s comments in an Independent article that contained an anti-Semitic slur. In her original tweet sharing the article Long Bailey said: ‘Maxine Peake is an absolute diamond.’ Perhaps to Sir Keir’s team’s surprise, Long Bailey agreed to this, and a clarifying tweet was issued. So next they demanded she delete both tweets. At this point Long Bailey demanded that she issue a press statement. A press statement was indeed issued, but it was one from Sir Keir’s team stating that Long Bailey had been sacked.

Sir Keir has received praise for what has been described decisive action. However, had he not acted in the way he did, he would inevitably have been asked why he had not sacked Long Bailey as Miliband had sacked Thornberry. Not sacking Long Bailey would also have given the lie to Sir Keir’s promise to make eradicating anti-Semitism from the Labour Party his top priority. On the basis of precedent plus his own commitment, Sir Keir’s response was fairly automatic.

But the problem of Labour’s anti-Semitism has been exposed once again. In the article on the Independent website, the promotion of which on Twitter by Long Bailey led to her downfall, Maxine Peake declared that ‘Israeli secret services’ had a direct responsibility in the death of George Floyd due to their training of Minneapolis police officers in a choking-style restraint technique. This was untrue, and was based on a misinterpretation of an Amnesty International report. Amnesty, the Independent, and Peake herself all issued clarifications acknowledging the mistake, but this was not enough to save Long Bailey’s job.

Long Bailey has form on ignoring blatant anti-Semitism. She did not call out similar ideology from the audience in a rally during her leadership campaign, acknowledging it only several days later when confronted by Andrew Neil in an interview.

Corbyn-supporting Peake’s clarification may have saved her being expelled from Labour, but the consequent furore has exposed the battle-lines in the party. All the usual suspects have pitched in on the side of Long Bailey. John McDonnell, who has 280,000 Twitter followers, has promoted an online petition demanding Long Bailey’s reinstatement. At the time of writing, it has been signed by just under 10,000. Labour enjoyed a surge of hundreds of thousands of new members when Jeremy Corbyn became leader. While some have quit since the election of Sir Keir, this figure still looks pitiful. The Campaign Group of extremist MPs have demanded a meeting with Sir Keir. This was initially refused, but will now take place. To be a fly on that wall . . .

The irony is that sacking Long Bailey will boost Sir Keir’s popularity, and also Labour’s, as the section that refuses compromise with the electorate will appear to be increasingly marginalised. The fewer Left-wing extremists close to the levers of power the better, in the eyes of the voter, and this will make the task of shifting Labour polices back to the centre easier, if Sir Keir wants to make the party electable once more. Long Bailey was also seen as blocking Labour’s support for the return of children to school as she was kow-towing to the teaching unions’ demands instead the needs of parents and pupils. Boris Johnson had made much of Labour’s difficulties on this issue at Prime Minister’s Questions, so a rift seemed inevitable.

It is almost exactly four years since moderate Labour MPs staged a mass walk-out from Labour’s front benches. Events are moving quickly, and it is possible that by the time you read this, there may have been a similar walk-out by the extremists Sir Keir brought into his team in the name of party unity. We will see exactly how far solidarity goes in the ranks of the comrades. The difference between now and 2016 will be that Labour’s popularity will probably increase should the Corbynites go back into an exile from which they should never have previously emerged.

This was not an act of decisive leadership. It was emergency damage limitation, and also the avoidance of looking weak. Such avoidance should not be confused with being strong. Sir Keir still has a long way to go before he can be so regarded.

Long Bailey is not the only Corbynist to do something sackable last week. Lloyd Russell-Moyle denigrated J K Rowling’s criticism of transsexualism by accusing her of leveraging her experience of domestic abuse and rape in a way he would not do to any other female victim had they also spoken up. He has now apologised unreservedly. https://twitter.com/lloyd_rm/status/1277135881380429824