NewsPaperthe art of publishing
Home News Why should parole boards and politicians get away with murder?
0

Why should parole boards and politicians get away with murder? 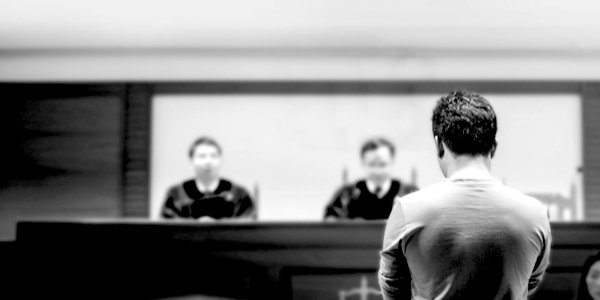 IF YOU are a company director, you will be all too aware that you are personally responsible for the health and safety of all your workforce. If one of your employees has an accident you will be required to show that the procedures, training and equipment that you put in place were adequate; given that there has been an accident this is a tough challenge. Even if the employee was hired without your knowledge, was not trained by the site foreman (contrary to the procedure you specified) and chose not to wear safety equipment that you provided, it is your responsibility. If found guilty of neglecting your statutory duties you will face jail. This is demonstrated several times a year.

This possibly draconian legislation has the effect of focusing your mind, thereby securing your best endeavours to make your workplace safe. It is effective: the UK is one of the safest places to work in the world.

Similarly, if you drive your car recklessly, crash and kill someone you are likely to end up in jail. Guess what? The UK’s roads are among the safest on the planet.

But if you are on a parole board or are a public servant and decide to release a convicted Islamic jihadist terrorist on licence, in spite of a judge describing him as having an ‘ambitious . . . serious jihadist agenda’, you face no sanction, despite being entirely responsible for creating the circumstances that led to two people being murdered.  And if you’re one of the feckless politicians who passed this benighted policy you will escape censure. You may even howl for ‘something to be done’ and instruct the civil service machinery to fix itself.

The high demands that government places on individuals to accept responsibility (and the personal penalty for failure) contrast uncomfortably with the insouciant attitude of the government machine, where failure is seldom penalised. Did anyone get sacked over the dodgy dossier that led to the Iraq war? No. Or for running a lethally dangerous hospital? No. Failing to oversee the risks in the banking system? Nope. Being in charge on the day a Brazilian plumber was mistaken for a suicide bomber and shot dead? Don’t be silly – promoted to run the Metropolitan Police. And we haven’t yet got to whoever decided that the Grenfell cladding was fit for purpose.

Instead we get inquiries which, politicians promise, will lead to ‘lessons being learned’.

But this is drivel, particularly galling when it comes to dealing with terrorism. It took decades, but the UK defeated the IRA absolutely. For sure, Irish terrorists weren’t as hard to deal with as the homicidal, deluded maniac jihadists (and there were no ethnic political correctness issues). And there weren’t as many of them. But we didn’t release them early and let them out of our sight in some absurd attempt to re-integrate them with society. We infiltrated them, hunted them, ambushed them and incarcerated them until they realised that they could not win and would probably die in the attempt. We don’t need to learn new lessons; we need to apply the expertise we have.

Now, this is not about pillorying public servants – I have worked with many over the years and can’t recall one who was not using his or her best endeavours to get the job done. It’s about addressing the stark fact that the system that produces the (sometimes contradictory) laws that are the frameworks in which they act and too often lead to unfortunate and unintended consequences.

We have moved on from Enoch Powell’s observation that ‘All political careers end in failure’ to a political process which repeatedly delivers failure.

There is a military axiom that ‘there are no bad regiments, just bad officers’ which is why armies invest heavily in the selection and training of officers. Sadly we do not do the same with our politicians – of whom vanishingly few have significant experience of the world outside politics. Until we do we’re going to go through repeats of this cycle of failure.

We need to stop electing people whom we would not employ.