Why Remain in anti-Semitic Labour? 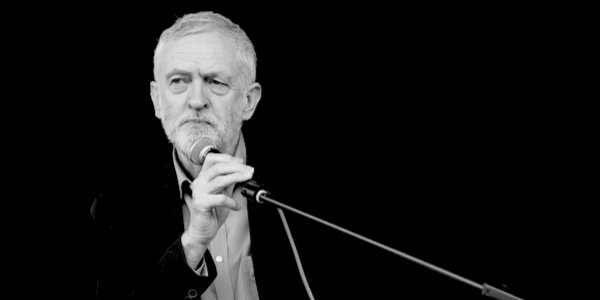 THE news has been abuzz over the resignation of a leading MP from their party, citing irreconcilable differences with the party’s leader. The leader’s attitude on a major issue of the day is controversial, and has been the subject of protest. This leader is widely regarded as being directly responsible for the direction his party has taken on this issue.

In other news, Amber Rudd quit the government and the Conservative party.

John Mann resigned the same day from the Labour Party, blaming Jeremy Corbyn for enabling the party’s structural anti-Semitism. There are actually two sets of Leavers and Remainers in UK politics. The lesser known set are those Leaving Labour over the party’s not just persistent failure, or even reluctance, but barely-concealed refusal to address the growth of anti-Semitism in the party, and those who Remain in Labour despite being fully aware of that anti-Semitism.

Anti-Semitism is the prime reason why Labour is shedding MPs. This should be of more note than it currently is. While the Conservatives might be shedding leading members over a nation-defining issue concerning foreign economic and trade policy, Labour MPs are leaving the party because the Labour Party is provably racist. However, a disturbing number of MPs still remain Labour Party members, despite glaring evidence of unchecked top-to-bottom anti-Semitism in their party.

The media response to Labour’s anti-Semitism indicates that it appears to them an acceptable form of racism. It is treated on our screens, like Brexit, as a policy issue, when it should not be. Labour’s leadership has a policy of hostility towards the State of Israel and by extension its citizens, but also those British Jews who do not explicitly denounce Israel. Yet television interviewers handle Labour’s racism with kid gloves for fear of future punishment should Labour gain power and withhold favours or impose regulation.

There is no good reason why Labour should not now be treated by the media like the BNP. If Labour objected to African nationalism, or Islamism, with party members extending this objection to the vilification of those of African or Muslim heritage in the same way its party members target British Jews, there would be considerably more uproar and resignations, as well as outraged media coverage. David Lammy is always the first to denounce racism in other political parties. If Labour members treated black people the same way members of his local party have treated Jewish people,  he would have resigned by now. When a caller asked him why he did not resign over anti-Semitism, he simply repeated the same rambling, vacuous, glib, condescending template used by all other Labour MPs who refuse to address the issue. He could not provide a straight answer. So much for ‘straight-talking honest politics’.

While Brexit is a major issue, so should be the tacit acceptance of structural racism in the Labour party by its MPs. They seem to value their political careers more than acting decently. We all know what happens when an anti-Semitic socialist party becomes the government in a Western European country. A political party can still be anti-Semitic even if gas chambers do not form part of its policies towards minorities.

Labour’s official position now appears to be campaigning for the UK to Remain in the European Union. But interviewers should demand straight answers from Labour politicians as to why they are remaining and campaigning in a provably racist party that is now under official investigation for this racism. And if they can only provide a Lammy-style lecture in response, Labour MPs should be shunned by broadcasters, like their racist fellow travellers in the BNP, until these elected representatives can answer questions on anti-Semitism properly.