Why Pullman’s Godless tales will fail the test of time 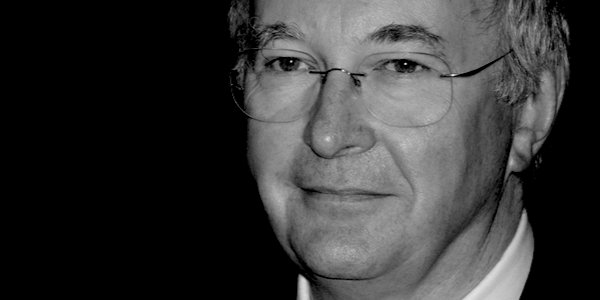 Writing for Standpoint magazine, Bishop Michael Nazir-Ali produces a scathing critique of Philip Pullman, arguing that he is on the side of Satan in his writings. Pullman’s His Dark Materials trilogy is perhaps the second-biggest English fantasy phenomenon of recent times behind Harry Potter.

Pullman is an atheist and the trilogy has overtly anti-Christian themes. He has talked openly about his desire to see the ‘wretched’ Catholic Church vanish.

Nazir-Ali discusses Pullman’s strange views of parallel universes and his belief that when he dies he ‘will see the harpies’. People like Pullman have spent their whole careers arguing for the non-existence of God and are so invested in it that they will seemingly believe any old nonsense.

Thomas Nagel famously said ‘I hope there is no God!’ because of his career as an atheist philosopher. Stephen Hawking was another, so desirous of proving that God doesn’t exist that he was a proponent of the parallel universe theory, which seems to me the definition of a non-falsifiable theory. How can you disprove there aren’t parallel universes? And how can you prove it?

Such thinkers are not familiar with Occam’s razor, namely that the explanation that seems most obvious is the most likely. Simple, but we don’t live in simple times: rather an epoch that has gone to great lengths to deny such truisms as there are only two genders and that men and women are different.

These people are desperate for God not to exist and this leads them to celebrate wildly when killing unborn children is legalised. They are overcompensating, looking for something to cling to.

They remind me of that friend who keeps telling you again and again that they are completely, totally, 100 per cent over their ex. You can’t help but think ‘really?’

It is no coincidence that when compared with J R R Tolkien and C S Lewis, two Christian writers of fantasy, Pullman doesn’t come close. As argued on this site before, Tolkien and Lewis endowed their works with truths derived from their Christian faith which speak to people on a profound level such that they keep coming back.

Literature is great when it tells us truths about the human condition and helps make sense of our existence. Pullman is technically proficient but his ideas are poor and so his work will not endure in the way Tolkien’s has.

Literature that tries to tell the truth about human existence without the Truth – God’s existence – is limited in its scope. Orwell, a writer I adore, is not known for elucidating the madness of being alive but he did tell the truth about one specific thing: the cruelties of the USSR. His writing was brilliant on that topic but doesn’t have the transcendental nature of a Dostoevsky.

Pullman explicitly set out to write something anti-theistic and his work will not stand the test of time. It was in 1882 that Nietzsche declared ‘God is dead’ but despite many attempts to deliver the killer blow He is still alive and so are His followers. Beleaguered and unpopular, yes, but here nonetheless.

Pullman is another brilliant man whose hubris got the better of him, and fifty years hence will anyone read his books in the way they read Tolkien’s or Lewis’s?

Atheists offer us a doctrine requiring faith – that something was created from nothing – which tells us nothing about who we are and leads to a culture of death and convenience. Christianity requires faith, too, but scripture reveals more about humanity than anything else and led to the greatest civilisation the world has ever seen.

I know which I prefer.