Why Piers Morgan’s bigotry and ignorance must be challenged 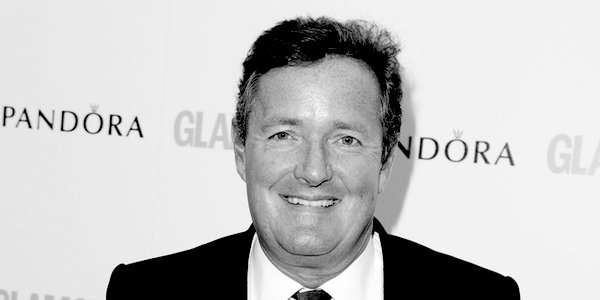 KATHY Gyngell has drawn our attention to the treatment delivered to the gentle Dr David Mackereth by his interrogator Piers Morgan on Good Morning Britain.

It made me wonder: is Piers Morgan aiming to replace Jeremy Kyle as ITV’s Mr Nasty, Witchfinder General or Grand Inquisitor? He certainly revels in the shock jock kind of aggressive handling of his prey, ‘worrying’ his interviewees (like a dog worries sheep). But he went much further than that in applying the hot irons of ultra-woke orthodoxy to the baffled-looking Dr Mackereth on Tuesday.

Dr M has the temerity to disagree, as does Jordan Peterson, that people who have transitioned genders should be called by the pronoun of their newly assumed gender. Dr M is clear that his Christian faith means that God creates humanity male and female, and that extremely recent scientific practices with hormones and surgery do not alter that given identity. For this Dr M was sacked from his medical job with the Department of Work and Pensions as a medical disability adviser.

Morgan labelled Dr M a bigot for his anthropology and logic of nomenclature, which as he pointed out has been the norm for millennia. Exuding a pomposity and judgementalism as he conducted this ‘set up’ of an interview, Morgan then went theological. He accused Dr M of being self-righteous and a Christian, now considered a proper put-down in the thought world of our metropolitan elite. Morgan said he was a Catholic, although of a solipsistic kind totally disobedient to his magisterium, to tradition, to Scripture and to the way of Jesus.

Morgan went on to say that Dr M must approve of stoning homosexuals, as in the Old Testament – farcically ignorant of the fact that Jesus and his apostles broke with the OT ritual laws decisively, as shown in the Epistles of St Paul and the Book of Acts. St John even has the famous story of the woman taken in adultery: Jesus watches the crowd pick up stones to kill her, and (as Kathy also commented in her post) says, ‘He that is without sin among you, let him first cast a stone at her’, and one by one they walk away. He said to the woman ‘Go and sin no more.’ That is the way of Jesus, the way of Dr M and the whole universal church of Jesus Christ, his Father and the Spirit. The depth of Morgan’s theological ignorance beggars belief. If he is so appallingly bad in his knowledge of his own faith, how on earth can we trust his judgements and assumptions in any other field of human conduct?

In effect Morgan declared himself to be a Gnostic, a sect still existing and strong in the era of the early church, with some roots in Platonism, the dualistic doctrine that the soul is eternal and the body only of accidental significance. Gnostics rejected marriage as this continued the evil world of the physical and material, from which we must escape. Morgan seems to think that we are a soul, and a gendered soul – a new twist on the Gnostic anthropology, which has found its way into the ‘wrong body’ and so is at odds with itself.

If this is Morgan’s own metaphysics, it’s completely lacking in modern secular scientific grounding, as Rod Liddle points out so forcefully in his Sunday Times article ‘Are you transphobic? No, me neither. We’re just worried about our children’. Morgan’s next studio guest was India Willoughby, a man now a woman, who said astonishingly that if Jesus were here now he would not be turning water into wine but men into women and vice versa – a kind of Greek mythical world view of magic and bizarre weirdness, again very gnostic as the bodily dimension does not matter: it is utterly plastic to Morgan and Willoughby.

Why Morgan’s exceptional bigotry and ignorance matter is his part in cementing the transgendering gnostic anthropology in the mind of the public. Children of five are now asking to be transgendered. Many little children are undergoing this medical intervention way before the legal age of consent and some parents are bullying the medics to do it despite their misgivings. Such is the power of this movement that the medical evidence adduced to reveal psychological problems lying under a desire to be a member of the opposite sex are ipso facto ruled invalid and politically motivated, confirming the suppression of actual science in favour of an act of will.

An Oxford professor said the treatments were ‘unregulated live experiments on children’ with some diagnosis not supported by any evidence. Carl Heneghan, director of the Centre of Evidence-based Medicine at Oxford University, told The Times: ‘Given the paucity of evidence, the off-label use of drugs [for outcomes not covered by the medicine’s licence] in gender dysphoria treatment largely means an unregulated live experiment on children.’ The horrifying case of Professor Kenneth Zucker, a globally famous child psychiatrist sacked in Canada by the mobbing of trans-fundamentalists, is well worth watching on a very fair BBC documentary.

Piers Morgan is neither a competent theologian nor scientist. He is good at abusing others while abusing his own position as an opinion-former, as he did with Dr Mackereth who had expected a civilised discussion rather than an insulting rant. Perhaps it is time for Mr Morgan to take a long sabbatical and study his own faith and Gnosticism. He might also consider the growing concern at the live experiment careering along, encouraged by his sermonising. Just a suggestion.