NewsPaperthe art of publishing
Home News Why our new Defence Secretary will be earning every penny of his...
0 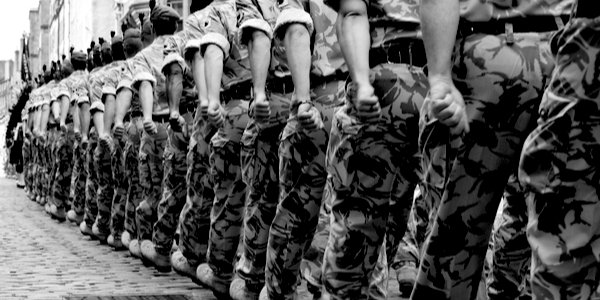 THE Sunday Times yesterday carried an interview in which Defence Secretary Ben Wallace said he fears that the UK can no longer depend on the US for military support. Too right. But it’s not because of President Trump.

President Obama realised that the main interest of the US in future is likely to become the Pacific, as that is where the markets and the problems are. Courtesy of fracking, the US is self-sufficient in oil and would probably not much care about the Middle East were it not for Israel. Europe, which was to be the primary battlefield of World War Three, is a declining market, with a hooky currency and a disdain for the US (which the UK sometimes shares). This is the same Europe that does not pay its way in NATO and mostly shelters under the US (and to a lesser extend British and French) nuclear deterrent.

The UK is, or was, the exception. We played a significant part in the First Gulf War, at which time we retained the superb armed forces that the Cold War had honed. We were the military partner of choice. Since that heyday, the combination of misguided political leadership, ill-considered defence cuts and the failed engagements in Iraq and Afghanistan have changed our status. The UK is now a partner of questionable political necessity at a significant military cost – we turn up for wars under-equipped and seek to borrow from Uncle Sam. It may very well be simpler for the US to operate on its own.

Mr Wallace is right to worry about this, and we have a one-off opportunity to reboot defence policy in line with our foreign policy in a post-Brexit world. (This of course presumes that someone manages to persuade the FCO that we are leaving the EU). This is likely to include a renewed commitment to NATO (which everyone outside Brussels and the Guardian knows is the only game in town). NATO exists to protect against a resurgent Russia, and that means military hardware.

It should also include a capability to project power. Yes, we now have aircraft carriers, and (at last) jets to operate off them. But do we have the forces to intervene in, say, Mali and/or Niger, both of which are 500 to 1,500 km from the sea? Yes, we at last have a wheeled infantry vehicle coming into service (I did the analysis on that 20 years ago), but that’s about it.

Notwithstanding the zero-carbon commitment, we are going to need oil from the Middle East for a couple of decades at least. Does the Royal Navy have too many admirals or not enough frigates (a refrain from Nelson’s time)?

Yes, the military world has changed and now has to exist in the information age. But many of the threats we face come from lower technology organisations. The need to be able to hack (and counter hack) cyber threats is an additional requirement, not a replacement for the ability to hack Her Majesty’s enemies to pieces with a bayonet if necessary.

It has long been a claim that the UK’s Armed Forces can ‘punch above their weight’ (whatever that means) and maybe they do. But no bantamweight has ever defeated a heavyweight boxer in a title fight, mostly because they lack the muscle power.

Ultimately this is all about money. The three years of Brexit purgatory have unarguably (and unnecessarily) flatlined UK investment, which has in turn slowed GDP growth and thus the government’s revenues. There may well now be a Brexit bounce as clarity on the future allows companies to invest and GDP to grow.  Mr Wallace’s real challenge is to ensure that our post-Brexit defence policy is defined sensibly, coherently integrated with foreign policy and resourced properly. He for one is certainly going to be earning his pay.