Why it’s right for churches to split over gay marriage 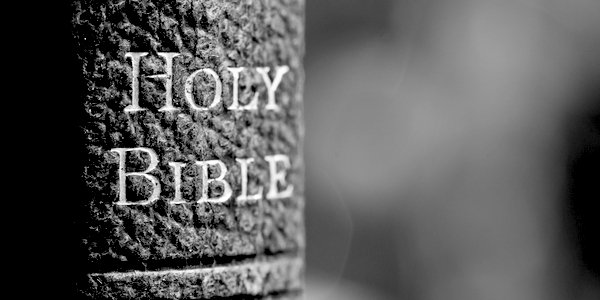 AMONG Bible-believing friends I increasingly hear the view that, while they are sure the Bible is against gay sex, they are not convinced the issue is important enough for churches to split over. They think this because they regard sexual morality as a ‘second order’ issue which, unlike a ‘first order’ issue, does not affect salvation and so is not a good reason for doing anything so drastic as splitting a church.

It is this notion that lies behind Archbishop Justin Welby’s controversial approach of ‘good disagreement’ and ‘walking together at a distance’ that he is pursuing in the Church of England and the wider Anglican Communion respectively.

The idea is that while we may not be able to agree about sexual morality, we can agree to disagree, as we have for example about remarriage after divorce and women’s ministry, and all just rub along together. We do this for these other two contentious issues, so why not for same-sex marriage?

The problem is that sexual morality is not a second order issue. This is for two reasons, both equally important. The first is that, unlike divorce and women’s ministry, the Bible is absolutely clear on the matter. Therefore a church which teaches otherwise is one which has abandoned all claim to teach faithfully the Word of God. Ultimately, it is about the authority of scripture over the Church and over Christian faith and conduct.

Some people, it is true, have recently started to argue that the Bible is not clear on the matter, suggesting there is some dispute about the meanings of the words and phrases it uses in relation to homosexuality. Does it refer only to temple prostitution, they suggest, or abusive pederastic relationships? The difficulty for them is that there is not a single leading biblical scholar of any persuasion who has contended that the key terms and texts mean anything other than what they have always been taken to mean, namely a negative judgement on gay sex. The wider cultural context of first century Judaism is well-attested and the New Testament texts are fully consistent with other sources of the time. The original meaning of the relevant texts is not seriously in dispute amongst biblical scholars, whether liberal or conservative, gay or straight.

The second reason gay marriage is something Anglicans cannot agree to disagree about is that sexual ethics is a basic moral issue and thus necessary for salvation, since to be saved a person must repent of all that is sinful. Some argue that sexual morality is of only minor concern to the New Testament, which is mainly about teaching people to love one another and isn’t too fussed about sexual matters. They could not be more wrong. Sexual immorality is condemned on at least 17 separate occasions in the New Testament, including by Jesus himself, in Mark 7:21. Gay sex is condemned specifically on three occasions, such as in 1 Corinthians 6:9. The message from scripture couldn’t be clearer: sexual morality is at the heart of biblical Christian morality.

Divorce is also a moral issue, of course, and Anglicans have agreed to disagree about that. But the two cases are quite different, since Jesus appears to allow for remarriage after divorce in certain circumstances (see Matthew 19:9), and anyway the Church of England does not condone divorce, it just allows a priest’s conscience to decide whether a later remarriage is to be permitted in church. Same-sex marriage, on the other hand, condones and blesses what scripture unambiguously says is sinful – a different proposition entirely.

For these reasons, most Bible-believing Anglicans in England and around the world are not at all happy to go along with Archbishop Justin’s efforts to hold them together regardless of their differing positions on same-sex marriage. Oddly, it was Welby’s ‘liberal’ predecessor Rowan Williams who grasped much more clearly how central this issue is for Christian fidelity and unity than the supposedly ‘evangelical’ Welby, who seems to think he can replace a commitment to biblical orthodoxy with a vacuous notion of ‘reconciliation’. Unless he changes tack soon, the break-up of both his Church and his Communion will be his chief legacy, and his tenure will be looked back on as the moment when Anglicanism, in its current incarnation at least, finally gave up on the Bible.