NewsPaperthe art of publishing
Home News Why is immigration routinely ignored in discussion of the housing crisis?
0

Why is immigration routinely ignored in discussion of the housing crisis? 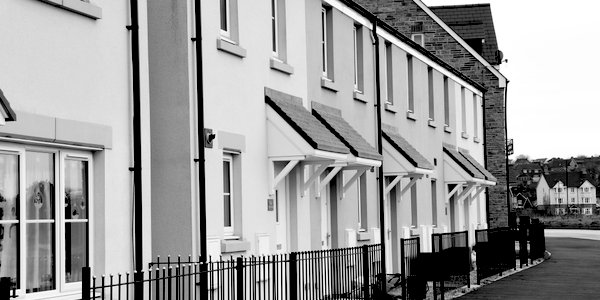 THE UK’s young people are bearing the brunt of a housing crisis that is pricing them out of owning their own homes.

At Migration Watch, we have never claimed that immigration is the sole reason for the problem – only that rapid, immigration-driven population growth is one of several important factors to consider.

The truth is that housing is a prime example of the potential negative impacts of uncontrolled immigration that are not captured by economic analyses but which are widely felt by many every day.

Despite this, many dismiss the impact that immigration-driven population growth has in adding to housing demand.

In one example, a Guardian journalist launched an attack on the outgoing Prime Minister after Theresa May uttered this sentence: ‘The sheer volume [of net migration] has put pressure on public services, like schools, stretched our infrastructure, especially housing.’

The writer said the idea that immigration is putting pressure on public services and housing ‘bears no resemblance to reality’ and accused Mrs May of ‘scapegoat[ing]’ those from overseas. (Incidentally, recent polling, for instance by Ipsos Mori, suggests that two-thirds of the public agree with Mrs May that immigration puts pressure on public services and housing.)

Our updated briefing on housing says that action to reduce significantly the level of net migration (which has averaged nearly 300,000 per year over since 2014) needs to be part of any solution to the housing crisis.

The briefing makes the following points:

1 The UK has a housing crisis because supply is insufficient for current population growth. Home ownership is falling and a growing number of young people have to live with their parents due to high rents.

2 Immigration is an important factor. For example, it drove up house prices in England by about 20 per cent between 1991 and 2016 (Government bulletin, April 2018).

3 ONS statistics (summarised in Table 2 in Annex A of our paper) show that 90 per cent (or 1.1million) of the rise of 1.2million households in England between 2005 and 2015 can be attributed to additional households with a non-UK born head.

4 It has been projected by the ONS that immigration to England at current levels will generate the need to build one home every six minutes, night and day.

5 Even this underestimates the impact of immigration on future housing demand, since it takes account only of future arrivals. The relatively young age structure of the existing non-UK born population means this will also drive future household growth.

6 The UK housing crisis must be addressed but not by building on the green belt and eating up more of our countryside. A major reduction in immigration has to be a significant part of the solution, in addition to improvements in the supply of housing.

7 A majority (54 per cent) of those who say there is a housing crisis have said they see immigration as the main reason (Parliamentary briefing, 2017).

8 55 per cent of 18-24-year-olds support the government’s promise to reduce the immigration by a significant amount. Immigration is clearly a key factor in rising housing costs.

Only recently, it was acknowledged in an article in the Journal of Housing Economics that a rise in immigration leads to greater housing demand and that immigration increases house prices in the aggregate.

In this situation it is no wonder that majorities from every generation and ethnic group want to control immigration (polling conducted by Hanbury Strategy group for Onward, April 2019). Despite the preponderance of media commentary, a desire for more immigration is shared by only a tiny minority of voters (usually less than ten per cent).

But until politicians and commentators face reality and acknowledge the critical importance of mass immigration in the housing conundrum – that it adds to both the demand for and cost of accommodation – the housing crisis is likely to go on indefinitely.

The home-owning dreams of young people are likely to remain just that, thwarted by prohibitive housing costs while the UK loses an increasing amount of its beautiful countryside for ever.