Why Ecstasy is more harmful than alcohol (whatever Professor Nutt says) 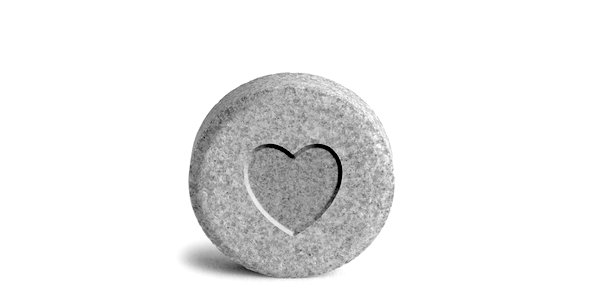 Another music festival awash with illegal drugs, more deaths. Two more young lives claimed this week by what is suspected to be recreational drugs. This annual summer sacrifice confirms two things – that young people still have no idea of the risk they are taking when they use these substances and there is no such thing as a pure or safe party drug.

Matters have not been helped by the insistence of a former head of the Government’s Advisory Council on the Misuse of Drugs that one of the most popular party drugs, MDMA, better known as Ecstasy, is less dangerous than alcohol. Although Professor David Nutt’s controversial views on the subject eventually led to his dismissal from the ACMD he has never ceased to push this claim, even up to last week despite the clear evidence to the contrary.

It is a great shame that The Times did not post a rebuttal sent to them by one of the world’s leading experts on MDMA, Andy Parrott, Professor of Human Psychopharmacology, School of Health Sciences, Swansea University.

He has, however, given us his permission to publish his explanation of why this does not fit with the scientific evidence:

Alcohol is certainly a damaging drug, but to suggest that MDMA is less damaging than alcohol does not agree with the scientific evidence (Professor Nutt, 21st May). Comparing these two drugs is like comparing an F1 sports car to a basic family saloon. MDMA is an extremely powerful drug, which heats up the brain, causing a massive increase in neurochemical activity, dramatic changes in mood state, and it takes the brain several days to recover. Regular MDMA usage impairs memory, reduces problem-solving ability, reduces white cell blood count, increases susceptibility to infections, causes sleep problems, and enduring depression. In pregnant women MDMA impairs foetal development. We and other research groups worldwide have compared the psychobiological functioning of recreational Ecstasy/MDMA users with alcohol drinkers, and in numerous studies it is always the Ecstasy/MDMA users who are comparatively worse. The ‘family car’ may kill more people each year than the F1 speed machine, but to suggest that the latter would be safer for everyday driving is completely erroneous. MDMA kills many young people each year, and the death toll is currently rising. Yours etc . . .

In the next few paragraphs, I have provided more information on this topic. Alcohol is certainly a damaging drug, but this is due to excessive usage. The National Union of Students is very aware of its damaging effects, and has been attempting to reduce excessive drinking levels amongst UK university students. One of the main aims was to reduce alcohol-related rapes and physical violence, but also to reduce and educate about alcohol usage more widely. The NUS programme received funding from the Home office, and had achieved some successes. I was involved in this programme as an honorary academic adviser, and wrote an academic article entitled ‘Alcohol: drink less and live more’, with two NUS co-authors who were running the programme (Parrott, Drayson, Henry, 2016, Journal of Alcoholism, Drug Abuse and Substance Dependence, vol 2, page 4). Several universities were involved in this project, and at each venue the students designed, initiated and ran their own programmes. To give just one example, one of the universities organised an ‘alcohol-free’ social event during Freshers’ Week. This proved popular not only amongst females – but also males! The attendees reported that it was an excellent way to meet new people, and that you had a better impression of other students when they were sober! More programmes like this are certainly needed.

What is the basis for Professor Nutt claiming that MDMA is a safer drug than alcohol? This statement was based primarily on a survey he published in the Lancet (Nutt et al, 2007, vol 369; 1047). However this article contains some astounding errors. Indeed when I was first shown it, I contacted the Lancet stating that they needed to publish a detailed reply from me, since it was important to point out these errors. After some email exchanges with one of the Lancet editors, the journal decided not to publish my letter. However I presented some of my criticisms as a conference paper (Parrott, 2009. ‘How harmful is Ecstasy/MDMA: an empirical comparison using the Lancet scale for drug-related harm’. Journal of Psychopharmacology, vol 23, page 41). I have listed below my main criticisms:

1. Nutt stated that ‘for drugs which have only recently become popular such as Ecstasy or MDMA, the longer term health consequences can only be estimated from animal toxicology at present’. This statement was grossly incorrect. Numerous articles (indeed several hundred) had been published before 2006 by various research groups worldwide, including many papers from my own group. These papers revealed a wide range of adverse health and related problems.

2. One of the Nutt harm scales was ‘intensity of pleasure’, since it is well documented that the most powerful mood enhancers also cause the most problems. Nutt’s article gave heroin and cocaine the maximum scores of 3.0, while nicotine was rated at 2.3, whereas MDMA was given the surprisingly low rating of 1.6. This made MDMA one of the least pleasurable of all their drugs (16th lowest out of their 20 drugs). This low pleasure score for MDMA is simply incomprehensible. How can anyone with even a rudimentary knowledge of human psychopharmacology state that Ecstasy/MDMA is less pleasurable than a cigarette? Yet this low rating was apparently given by Nutt’s group of experts! Recreational Ecstasy/MDMA users would certainly be very surprised at this low rating. It should be noted that this very low ‘pleasure’ score contributed directly to MDMA’s low ‘harm’ score.

3. Drug ‘injection potential’ was another scale, with heroin and cocaine again being given maximum scores of 3.0. In contrast MDMA was given a score of 0.0. This zero score was again bizarre, since MDMA is injected by some heavy users, and they suffer from the problems typically associated with drug injecting. This practice has been noted in various academic papers. Hence the injection score for MDMA should have been similar to that given for cocaine – namely 3.0. The zero score in Nutt et al may be difficult to comprehend, but again it was crucial for generating MDMA’s low overall harm score.

4. In my commentary paper (Parrott, 2009, see above), I provided harm estimates based on the empirical literature, and MDMA rose from 18th to 5th in the list of most damaging drugs. Hence the position of 18th given by Nutt et al in their Lancet paper is extremely misleading – and has no basis in science.

5. So what exactly are the problems caused by MDMA?

6. In 2011 I was asked by the USA Deputy Attorney General to be an expert witness in a court case, which debated the issue of the most appropriate sentences for Ecstasy/MDMA drug traffickers. I was asked to write a comprehensive report, based on all the available scientific research. This was later expanded into a comprehensive review (Parrott, 2013, Neuroscience and Biobehavioral Reviews 37: 1466-1484). The following brief summaries are based on that review, and many of my more recent papers.

7. MDMA is damaging when taken acutely, since it heats up the brain, impairs thermal control, increases neurotransmitter release, and generates extreme mood changes. It also leads to cognitive confusion, and a marked increase in neurohormonal activity. Death rates from acute abreactions are comparatively rare (around 60 per year in the UK), but have been increasing due probably to the increasing levels of MDMA in Ecstasy tablets (see reports by Professor Fabrizio Schifano for the UK, with similar increases reported within mainland Europe).

8. MDMA is also damaging when taken repeatedly. It leads to alterations and/or deficits in brain activity which may be permanent, with reductions in memory ability, reductions in problem-solving skills, deficits in complex visual abilities, impairments in some psychomotor skills, various health impairments, increased levels of depression, increased levels of aggression, and other deficits. Young women should certainly avoid MDMA if there is any possibility of pregnancy – since it can lead to impairments in subsequent child development (Professor Lynn Singer, et al, Neurotoxicology and Teratology, vol 54, pages 22-28).

9. I could go on describing more of the problems caused by MDMA – but will limit myself to one final point. MDMA has been medically tested for cancer therapy, since it can damage/kill human cells. The medical term for this is apoptosis, and it was first demonstrated in laboratory animals, but has subsequently been confirmed in human cells (the relevant medical papers were cited in Parrott, 2013, Human Psychopharmacology, vol 28, pages 289-307).

10. In summary, alcohol is certainly a damaging drug, and when misused it causes massive problems to individual drinkers, their families, and wider society. However the majority of alcohol drinkers are able to use it safely over their lifetimes. In contrast, MDMA is a far more powerful and damaging drug. Current evidence suggest that its regular usage is not only damaging to many young users, but that this damage may endure for several years following drug cessation (Taurah et al, 2013, Psychopharmacology vol 231, pages 737-751).