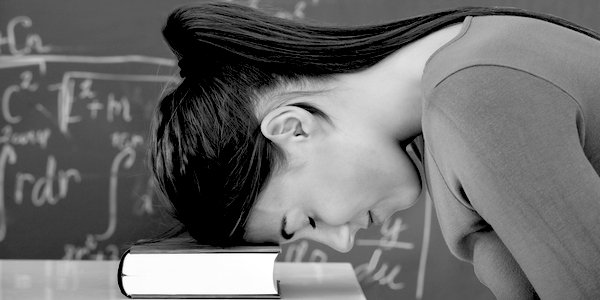 YESTERDAY, The Conservative Woman published the first of two letters of complaint to her school bosses from a practising supply teacher who had written to me. I have called her Anna to protect her identity as a whistleblower. The teaching profession faces a recruitment and retention crisis but anyone contemplating joining this once-great profession should do so with their eyes open. Anna has done us all a great service. She has been brave enough to speak out.

Some of the behaviour that I experienced and witnessed was so appalling that I felt compelled to write and make you aware of it, and also, if I may, to make one or two suggestions that might help.

First of all, this is how I was received by pupils as a stranger acting as a member of staff for these two days:

I was called ‘babe’ and ‘darlin’ by several of the boys.

During tutor time (Year 9) on Monday, a group of pupils were sharing some private joke between themselves about my facial features. One also told me to ‘sort this out’ while indicating my face.

On Monday one of the year 9 boys (named), who I had the ‘pleasure’ of meeting the last time I was at the school two weeks ago – on approaching the classroom and seeing me shouted out: ‘Ah, f*** no’.

Several times, when I told a pupil that they should not be using foul language in a lesson, or told them that either they must put the phone away or I would keep it until the end of the lesson, I was met with ‘Good luck with that’, as if to say, ‘You can’t make me’.

I was imitated numerous times.

I confiscated a boy’s jumper as he was using it as a pillow to rest his head on the desk and would not put it away. He saw me put it in a cupboard by the teacher’s desk and proceeded to come up and try to open the cupboard to retrieve it, insisting that he would have it back there and then, not at the end of the lesson. He made the argument that it wasn’t mine and started taking things off the desk, saying ‘Well, I’ll take something of yours then.’

Another girl was using her jumper as a pillow. I went up to her to remind her she was in a lesson and to sit up and get to work, and her friend said to me, ‘Leave her alone!’

I was called ‘rude’ and a ‘grass’ for reporting a girl’s bad behaviour to a member of staff (by said young lady).

Several times when I told a pupil to put their phone away, he or she said, ‘But I’m texting my mum’, as if they believed I would accept that as a valid excuse.

Though I briefly introduced myself and explained that I was covering at the start of each lesson, I still had pupils both inside and outside class responding with ‘Who are you? My mum told me not to talk to strangers’ when I asked them to do something.

If I had a pound for every time that I heard the ‘f-word’ on Monday and Thursday, I may well have earned more than I actually did for the two days’ work. I also heard the ‘c-word’ several times.

The same would apply if I had a pound for every time that I saw a mobile phone out in lessons. Several teachers were talking about the benefits of a school-wide ban on mobile phones.

Pupils refusing to go the reflection room seems to be the norm. When I worked at (school name) they had an ‘on call’ system with walkie-talkies and a specific rota of people to collect pupils and escort them to the reflection room. Detentions also seem to be very haphazard.

I noticed many girls dressed in skirts that could hardly be less appropriate for school: with no exaggeration, skin-tight and barely covering their buttocks.

While I cannot claim to know a single thing about (a named pupil) in year 9’s home situation or medical history, from an outsider perspective all I see is a boy who comes in and does nothing, learns nothing. In fact, all he does is wander in and out of classrooms at will, disrupting lessons and paying no attention whatsoever to his own timetable.

I also noticed a huge number of pupils not bothering to get to their lessons on time but instead hanging around in the upstairs open area.

I would like to say that there were exceptions to the rule – the Year 7s caused no trouble. The problems were with Year 8s and 9s. I would also like to point out a young man (named) in Year 9, who was nothing but polite and pleasant, and simply sat down, blocked out what was going on around him and got on with what he had been asked to do. The same goes for a young lady (named) in Year 8 today.

I sincerely hope that the situation will improve greatly in the near future.

Anna’s letters to management are testimony to a truth about many schools across the country. They speak for themselves and scarcely need commentary.

One of them was replied to but in a far from reassuring way. The other was ignored. Anna felt obliged to take up her concerns, via her MP, with the Department for Education. She describes its response as ‘a rather standardised, template whitewash’.

In frustration she wrote to her MP a second time pointing to more examples of classroom disorder including this one:

I heard from a teacher who works there every Monday that the last time she went into school she was called a f***ing c***, and a pupil actually lit up a cigarette in the classroom during her lesson.

In terms of being called such degrading and insulting things, it amounts to verbal abuse and should be sanctioned as such, just as we are warned in GP surgeries, hospital waiting rooms, railway ticket offices etc. that abuse to medical staff or railway staff will be sanctioned.

The letter from the DfE did not do a single thing to investigate the possible causes of this aggression:

· parents’ own worries and frustrations having an effect on their children’s attitude,

· bad situations at home and the frustration of powerlessness to do anything to stop it,

· being forced to study topics, subjects even, that they know they will never grasp and never use (as their talents lie elsewhere in more practical work),

· lack of support for teachers from parents,

· pupils no longer asked to let teachers in at the front of the lunch queue or to stand up when the teacher enters the room, putting teachers on the same level as pupils.

Also, far more time needs to be dedicated to teaching what’s known as ‘behaviour management’ in teacher training. One Maths teacher summed it up perfectly: ‘We talked very little about it and you were given the impression that the worst you’d have to deal with was a pupil tapping their pen or swinging on their chair’.

I do hope that the DfE will start to take this element of education seriously, as it is surely key.

It has taken a lot of courage for Anna to lift the lid on what is becoming such a common experience for many of our teachers that they are leaving the profession in droves. The first step to solving a problem is to admit to its existence. The time has arrived, Mr Damian Hinds, Education Secretary, to wake up and to act.