When Ted did a Boris 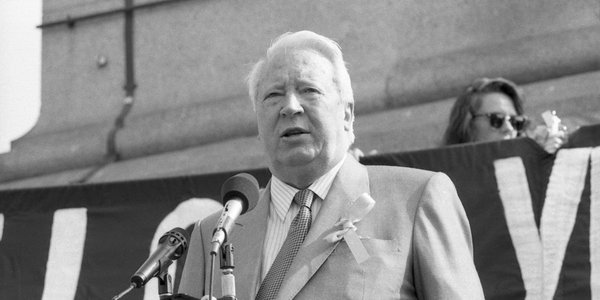 THE more I think about it, the more the present is becoming like the past.

It is instructive to go back to 1972. During the debate on the second reading of the European Communities Bill, the then Prime Minister Edward Heath deceived Parliament over fisheries, and finished by saying that the current Parliament could not continue, in other words there would be a general election, if he did not win the vote.

‘I must tell the House that my colleagues and I are of one mind that the Government cannot abdicate their responsibilities in this matter. Therefore, if this House will not agree to the Second Reading of the Bill tonight and so refuses to give legislative effect to its own decision of principle, taken by a vast majority less than four months ago, my colleagues and I are unanimous that in these circumstances this Parliament cannot sensibly continue. I urge Hon Members to implement the clear decision of principle taken on 28th October last and to cast their 753 votes for the Second Reading of this Bill.’

Heath was in a hurry: he had to give the required notice to leave EFTA and he wanted to join the EEC by 1 January 1973 because if it was delayed another year, election time was looming.

The Norwegians wanted to continue negotiations well into 1973 as they felt the Common Fisheries Policy was unfair and illegal (which it was). Heath would have none of it, writing to the Norwegian Prime Minister telling him to keep silent over the consequences of the CFP. As a result the Norwegians negotiated alone, and did not join the EEC.

Government papers released 30 years later showed that Heath felt fishermen were irrelevant. It was only 27 years after the end of WW2, during which the fishing industry suffered higher casualties than any other industry, and Heath was happy to finish them off.