NewsPaperthe art of publishing
Home News When in doubt, complain of mansplaining
0

When in doubt, complain of mansplaining 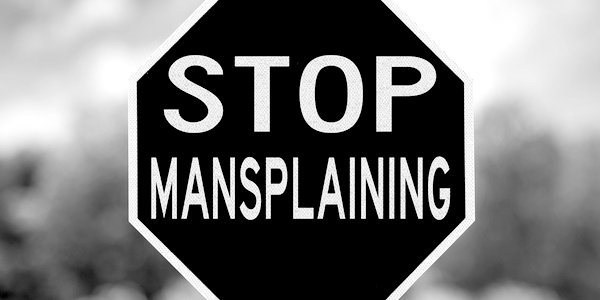 STILL six weeks to go, but already we have a strong candidate for most misandrist television appearance of the election campaign. Part of a trio being interviewed by Sky’s Adam Boulton, Labour MP Catherine West repeatedly resorted to the feminist accusation of ‘mansplaining’ to silence her male opponent scornfully.

A dictionary definition of ‘mansplaining’ is: ‘When a man condescendingly lectures a woman on the basics of a topic about which he knows very little under the mistaken assumption that she knows even less.’ Of course such supercilious behaviour is not unique to men; certainly, UK politics does not lack for disdainful dames. However, Catherine West appears to be under the misapprehension that a mansplainer is any male who does not simply shut up and listen to her.

Demonstrating that gender trumps all her other considerations, here Catherine West even brings in Tory ERG member Maria Caulfield rather than allow the Greens’ Jonathan Bartley to disagree with her: ‘Let Maria speak, stop mansplaining!’

Admittedly, it would be preferable to hear much less from everyone in the Green Party, whether male or female. Nonetheless, when sharing a public platform, common courtesy still should apply, even to men.

Having listened to West’s unintentional comedy – ‘Jeremy Corbyn was green before the Greens existed: he rode a bike, he got an allotment’ – in the following clip Jonathan Bartley actually waits for her to pause before attempting to make his point. No sooner does Bartley utter ‘Let’s just look at the facts’ than immediately he is closed down by Catherine the crybully: ‘Stop mansplaining . . . if you continue to mansplain, I’ll have to complain . . . could you stop mansplaining, I’ve asked you three times!’

Labour trying to stamp out the Green Party vote by saying Corbyn has more credentials because he ‘has an allotment’. pic.twitter.com/LrLSaakvW2

It is not clear to whom Catherine West intended to complain. It would have been pointless her appealing to the interviewer: rather than moderate the discussion, browbeaten Boulton had by then conceded complete control to condescending Catherine.

At the 2017 election, West received more than 40,000 and 65 per cent of the votes cast in the north London constituency of Hornsey and Wood Green. Alas, in this rotten Labour borough even the televised exposure of Catherine West’s contemptuous character will not prevent a return to Westminster for the Haringey harridan.