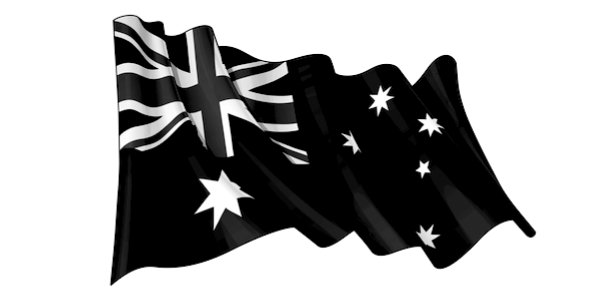 ONE of the defining characteristics of the cultural-left’s cancel culture and political correctness movement is the rejection of concepts such as reason and rationality on the basis that such values are Euro-centric, binary, patriarchal and guilty of marginalising and disadvantaging the ‘Other’.

Drawing on critical theory and aspects of Orientalism the ‘Other’ refers to the way Western imperialist societies and nation states justified their crimes by labelling those being exploited and oppressed as primitive, uncivilised and racially inferior.

In his recent essay ‘Decolonizing the Curriculum’, James Lindsay suggests the attack on logic and objectivity ‘draws heavily from the neo-Marxist “critical” tradition as well as postmodernist conceptions of knowledge, power and culture’.

Lindsay nominates Michael Foucault and Jacques Derrida, as well as critical education theorists, as the leading intellectual sources for whathe describes as a global movement to ‘decolonise the curriculum’.  One can also add Antonio Gramsci, Louis Althusser, Pierre Bourdieu and Roland Barthes.

Such is the dominance of theory and the cultural-left’s success in taking control of the academy that students at the University of Sydney are taught about the dangers of ‘whiteness’ – defined as a curriculum that is oppressive and complicit in denying the ‘identity and cultural background of marginalised groups’.

Academic Omid Tofighian argues that as a result subjects such as history, literature, art and music must be radically overhauled because they are guilty of ‘racism, sexism, classism, historical injustice and prejudice based on religion’.

The move to decolonise the curriculum is also evident in the United Kingdom where students at the University of London argue ‘whiteness’ promotes power and thought which is ‘racialised as white’ and ‘heteropatriarchally/cisgenderly male’.

Even Western science is not immune, with the South Australian curriculum once arguing that it is a socio/cultural construct with no right to be considered pre-eminent: ‘Western science is the most dominant form of science but it is only one form among the sciences of the world.’

Apparently the science of New Guinea tribal headhunters is on an equal footing with achievements such as circumnavigating the globe, penicillin, open-heart surgery, splitting the atom, putting a man on the moon and the invention of digital technology.

Such is the dominance of critical and post-colonial theory that the body responsible for the Australian National Curriculum embraces a relativistic position when arguing that Aboriginal and Torres Strait Islander science must be given equal prominence with Western science.

Schools are told that ‘Indigenous history, culture, knowledge and understanding can be incorporated into teaching core scientific concepts’ with anyone critical of the decision attacked by one academic as promoting a ‘racist diatribe’ that ignores indigenous peoples who ‘lived here before “Western enlightenment” arrived and started raping and killing them’.

While each of the disciplines has its own procedure, central to Western science is a commitment to rationality and reason instead of superstition and witchcraft, and a willingness to test claims in the light of the available evidence.

As argued by Australia’s James Gibbons in his book On Reflection, ‘To suppose relativism is to give up the search for knowledge; it is to forget that all science is about the attempt to understand and explain the world of our experience and, that, ultimately, all science is tested against the world.’

Evidence abounds that politically correct ideology denies rationality and reason, preferring emotion, cant and mindless groupthink. Those committed to radical gender theory and the belief that men can be women and women can be men (or any of the other LBGTIQ+ categories in between) deny the physical reality that sex is biologically determined.

Climate change activists prophesying the end of the world by 2030 because of global warming and the impact of fossil fuels ignore the contested nature of the scientific evidence and the reality that not all scientific experts agree with their doomsday scenario.

Those convinced that Western civilisation is morally bankrupt and guilty of white supremacy, racism, misogyny, homophobia and transphobia ignore the fact that the West led the world in relation to universal franchise, abolition of slavery and the conviction that all are entitled to the inherent right to life, liberty and the pursuit of happiness.

As argued by the Australian Catholic University’s Michael Casey in his book Meaninglessness, ‘If everything – language, morality, custom, culture, and human life itself – is nothing more than what it is described to be from time to time, then everything is subordinate to and forever in the service of power, to be made and remade at whim.’

Denying the ability to think rationally and logically, with the argument that knowledge is a social/cultural construct based on power and privilege and that words have no commonly agreed meaning as they are simply an endless play of signifiers, denies the ability to commit to the common good as there is no agreed basis on which to communicate and interact.

The only alternatives to rationality, reason and logic are epistemological suicide or the nihilism and violence epitomised by Stalin’s gulags, Hitler’s death camps and Pol Pot’s killing fields.