What’s the point of the gender pay gap survey? Er, nothing really 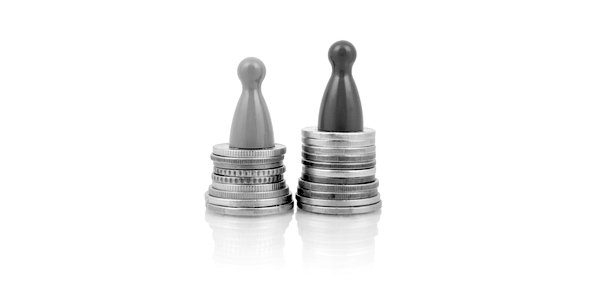 THURSDAY this week was the deadline for large employers (those with more than 250 staff) to publish their ‘gender pay gap’ data. Look forward to a slew of reports arguing that ‘more must be done’ to close the gap. The BBC has already helpfully found that ‘fewer than half of the UK’s biggest employers have succeeded in narrowing their gender pay gap’.

To coincide, the Institute of Economic Affairs has released a report looking at the usefulness of the data produced by the reporting requirement and the perverse incentives it creates. I recommend reading it.

The first shock was to realise that the requirement is simply for firms to produce ‘average’ and ‘median’ pay gap figures between men and women across all employees. I had assumed that firms would be able to ‘correct’ for men and women doing different jobs, different levels of seniority, and a myriad other differences. Of course all the necessary corrections would be impossible and therefore would have produced bogus data, so I can see the logic in the Government’s simple approach. But it means that we know in advance from national level data – and because many women choose to leave the full-time workforce – that the majority of companies’ data will reveal a pay gap.

So what is the point? The press have already started ‘naming and shaming’ companies with large pay gaps. Is that the point? The awful thing is that I suppose it is. Never mind that these companies are providing goods, services, employment, income, and paying taxes. Or that they might be in a male-dominated industry – or in an industry where many women choose to work at the more junior levels because of other factors they find convenient. Here is the BBC making a start. Poor old garage chain Kwik Fit has a pay gap that has widened – or ‘worsened’ – over the last year. We need more women under cars. Here is the quality of the BBC’s analysis: ‘The experts say society needs to change.’ It’s so good to have experts on the case.

The Government knows that it can’t order firms to close their pay gap. But it does know that it can create a situation that embarrasses them, and that it can get them to virtue-signal. Here is how the latter is done.

Firms must accompany their data with a ‘written statement’. The only thing that this must do is confirm that the published information is accurate and be signed by an ‘appropriate person’. Things then get more interesting. The Government has suggested that firms might also do the following:

Your organisation can also use the written statement to add a ‘supporting narrative’.

What is the word ‘necessarily’ doing in there? See how the sentence could have read so differently without it? Of course it reads like a great big hint that your company might have acted in a way that is inappropriate or discriminatory.

But the extraordinary suggestion is surely that companies write up a narrative outlining ‘why a gender pay gap is present and what the organisation intends to do to close it’.

Why should an organisation have any intention of closing it? Why shouldn’t they stick to employing the best person for the job on every occasion? Anyway, if women choose to leave the workforce, for example, when they have young children, how can firms, en masse, close the gap? Are they meant to recruit women who are less competent than men? Are they meant to reduce their use of younger women at the lower end of the pay spectrum? That is certainly the incentive. Never mind that many women want to work in part-time, more flexible, perhaps less onerous positions (eg when they have young kids at home). You can see how all this could be bad for women. Actually bad – in real life – if part-time, more flexible opportunities reduce in number. Never mind, virtue-signalling is all.

It goes on. The Government suggests that employers publish an ‘action plan’ explaining how they intend to tackle their gender pay gap. It says: ‘By publishing a plan with targets and clear actions, you will be sending a strong signal about your commitment to gender equality in the workplace.’ At a certain point you have to laugh. What I like is the idea that these plans, targets, actions (sorry – clear actions!) are somehow ‘strong signals’. We don’t want firms to waste paper and print them out and leave them sitting in the cafe or reception. But I guess if they submit them year on year as part of the reporting requirement, and one year the BBC picks out your company and praises its ‘strong signal’, that’s ‘good for PR’. Or so the experts say.