Western sisters look the other way as bareheaded protesters are jailed 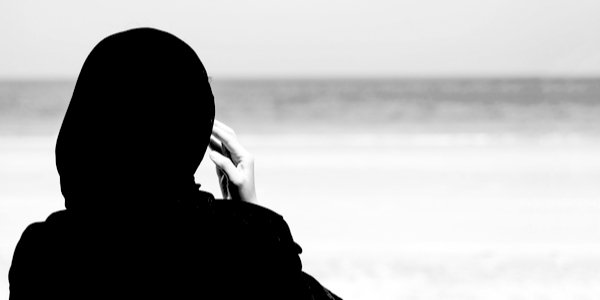 ON International Women’s Day, March 8 this year, courageous middle-class females from politics, media and the arts highlighted their continued inequality and oppression in Britain by forming panels and hosting inspirational workshops. By contrast, on the same date three Iranian women were filmed publicly distributing flowers without wearing headscarves, for which they were subsequently arrested and detained.

These 3 women have been sentenced to a total of 55 years of jail.

Reason? They were handing out flowers without their compulsory hijab on International Women's day in Iran.

Elsewhere in the world, they'd be praised for their activism.#WhiteWednesdays

World, be their voice. pic.twitter.com/CWV73ItXSt

In what reads like a sick satire, last week Tehran’s Revolutionary Court sentenced Monireh Arabshahi, her daughter Yasamin Aryani and Mojgan Keshavarz to ten years each in prison for ‘encouraging and preparing the grounds for corruption and prostitution’, five years for ‘assembly and collusion against national security’ and one year for ‘circulating propaganda against the regime’, a total of 16 years to be served consecutively. Keshavarz received an additional seven-and-a-half years for ‘insulting the sanctities’. These add up to 55 years and six months in prison for the three bareheaded women’s rights activists.

Azam Jangravi is another Iranian woman who last year publicly removed her hijab. Sentenced to three years for ‘promoting indecency and breaking Islamic law’, fortunately she escaped imprisonment by being smuggled from the country with her daughter.

After Azam Jangravi removed her hijab in protest in Iran she was arrested, fired from her job and sentenced to three years in prison. She says she did it for her daughter https://t.co/VSlo7Cg9z2 pic.twitter.com/C5pUSnyzuL

The trio in court last week are not so lucky: held in detention since April, all were tried and sentenced without their defence lawyers being present. The fates of these and many other heroic women ought to have caused worldwide feminist uproar; instead, when the so-called crime is protesting against compulsory Islamic dress, their western sisters prefer to look the other way.

Indeed, far from condemning what at best is a modesty code but too often is symbolic of separation and subjugation, from the comfort of their liberal democracies virtue-signalling women prefer the kudos of donning a headscarf in ‘solidarity’. This mindset was evident in New Zealand where, following the mosque massacres in Christchurch, many women took their lead from their prime minister.

She tells them: You are us. pic.twitter.com/rhglbJyZ36

Like many New Zealand women, Constable Michelle Evans of ⁦@NZ police⁩ has donned a scarf today as she guards funerals after the #ChristchurchTerrorAttack pic.twitter.com/WgVuI6Nawu

However, other women who had experienced forced head coverings took a dim view of what supposedly is cultural respect.

It will be difficult for Western women who wore hijab on Hijab Day, at the Women’s March, or in NZ to watch this and not feel shame

We all deserve freedom…not just you

Women in New Zealand are wearing hijabs to show support for Muslim community:@RitaPanahi: ‘It’s being forced on millions of oppressed women. It was forced on me as a child and … imposed upon women to control, separate and subjugate.’

At the end of a week in which western women’s groups kept schtum over the outrageous treatment of those female campaigners in Iran, it was left to the Lincoln Muslim Sisters Forum to raise the contentious matter of the hijab. Unfortunately, their crass contribution was not a condemnation of the theocratic punishment: according to the BBC, the group’s plan is for ‘non-Muslim girls in Lincolnshire to wear a hijab for a day to raise awareness of discrimination’.

Group member Ghada Mohamad ‘came up with the idea in response to a number of incidents where girls wearing hijabs were subjected to abuse’ and ‘hopes secondary schools across the county will sign up’.

Of course no hijab-wearing girl should be abused. Nonetheless, this is a fatuous, muddle-headed idea which therefore is liable to appeal to modish educationalists. The initiative has the support of one unnamed Muslim schoolgirl, for whom the hijab is ‘part of her identity’, who sees the proposal as ‘a big step to letting people know it’s just a headscarf – nothing else’.

Leaving aside that contradiction – is it ‘part of identity’ or ‘just a headscarf’? – needless to say there is no corresponding proposal that Muslim schoolgirls in Lincolnshire might experience life without wearing what the unnamed pupil plays down as ‘just a piece of cloth covering our heads’. The proposed learning process is one way: according to Ghada Mohamad, wearing a headscarf ‘will help non-Muslim children learn more about what it is like to wear a hijab, and the reasons behind it’.

What imperfect timing. In light of the jail sentences handed down last week in Iran, it is of far greater importance that children be informed of the draconian punishment for not wearing a hijab in an Islamic theocracy, and be warned of the ideology behind it.