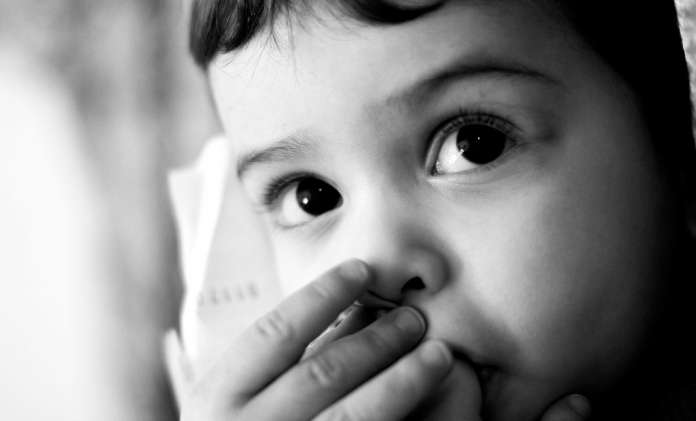 My son Matthew has a will of iron. Of iron. For the last few weeks I have attempted to wean my soon to be two-year old son off “Mama Milk’. He isn’t having any of it.

Weaning Annabelle was a breeze in comparison. I found out I was pregnant with Matthew when she was also just short of her second birthday so I decided it was time to wean her.

I was not going to tandem feed (breastfeeding an older toddler while feeding a newborn) and I did not want to stop feeding her just before Matthew was born or else she would ‘blame him’ and be forever resentful of her younger brother!

It only took Annabelle a few days to wean, and essentially hugs were replaced the breastfeeds.

I distinctly remember her asking for a feed before she fell asleep (I always fed her to sleep – deal with it Gina Ford) and I just said we will shunggle instead. She accepted this and drifted off to sleep. She was weaned.

Now we have Matthew aka Iron Man. He still feeds frequently during the day and at night.

I have enjoyed breastfeeding him of course, but I feel it is now time for us as a feeding pair to come to a mutually agreed understanding that the late night coffee shop is closed for business.

What I did not count on was Matthew’s aforementioned will of iron.

This is despite the fact that Matthew was very happy to surrender his dummy/soother. When his last one broke we told him to throw it into the bin and say Bye, Bye.

He did this, laughing as he fired it into the rubbish – I doubt he realised then that it was never coming back.

When he asked for it in the following few days we reminded him that it was broken and he had thrown it in the bin. Ah, yes broken, he would say, bin. And move on.

Yes, say by bye to Mama Milk. Mama Milk comes the even louder reply. This continues for a few more rounds, until I just give in and give him some Mama milk. Not really saying goodbye then is it.

Then there are the tantrums. He asks, I say no, there is an explosive tantrum. I stick to my guns for about twenty minutes, all the time reassuring him of course that Mama loves him but that there is no more Mama Milk.

Then I give in, because if I do not he will not eat his dinner and there will be even more demands made on Mama Milk during the night.

But my authority is undermined even further. Why should he believe me what I say Mama Milk is gone, when it just reappears if he screams long enough and loud enough?

But in truth, in my hearts of hearts perhaps I want to carry on for just a few more months. Part of it, no most of it, is because it is convenient and buys me a lot of time.

On the bus and he gets difficult – Mama Milk. Out in coffee shop and he wants to run around? Mama milk will let me read the editorial of the Times at least.

He wakes up in the middle of me writing something? Mama milk should get me enough time to finish it off.

And of course if he is tired enough I can feed him to sleep. In my own bed. In fact, knowing how breastfeeding a two year old, to sleep, in the parents own bed is frowned upon by vast swathes of the ‘parenting experts’ out there is probably reason enough to continue.

That, and Matthew’s will of iron.