We get the leaders we deserve 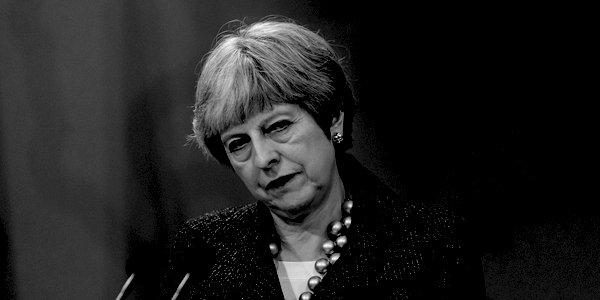 In St Augustine’s City of God, a seminal work that still exerts influence on theology and philosophy today, the great saint discusses how God allows certain leaders to take power at certain times as a form of reward or punishment. Leaders don’t emerge in a vacuum, and if a society is wicked and cruel its leaders will be too.

He says tyrants such as Nero Caesar are allowed to reign by ‘by the providence of the supreme God, when He judges that condition of human affairs is deserving of such lords’, before adding more generally that ‘it is most clearly said of God that He “maketh the man who is an hypocrite to reign by reason of the people’s wickedness”.’

The implication is clearly that the character of our leaders holds up a mirror to the character of the nation. What, then, does Theresa May say about the state of Britain? That we are bereft of ideas and unsure of ourselves – grey and unimaginative.

A leader as bland as Theresa May could emerge only in a morally relativistic culture where standing for something, and believing in such throwbacks as ‘right’, ‘wrong’ and ‘truth’, are anathema. I struggle to remember anything she has ever said that has stuck with me, and as a so-called ‘conservative’, and the daughter of a vicar, what exactly has she conserved?

May speaks clearly to the crisis of identity in the UK: Peter Hitchens says we are like ‘an amnesia patient’, a people cut adrift from our history and cultural heritage, a nation that has had its metaphysical foundations cut from beneath it and is now vainly trying to invoke its meaning from nebulous values such as ‘tolerance’, ‘liberalism’ and ‘democracy’.

Leaders such as May, Blair and Cameron don’t emerge so readily in a culture sure of itself, and a people who know who they are.

Trump, too, is a sign of the times, but those on the Left would rather see him as some sort of inexplicable phenomenon, put into the White House by the Russians or stupid racists, rather than as the logical conclusion of a culture they helped create.

It is liberals who bemoan his womanising ways, and his crude approach, and yet it is those very same liberals who see marriage as oppressive, want sex to be a meaningless commodity, and favour the contraceptive and abortive mentality so harmful to women that Pope Paul VI warned us of in his 1968 encyclical Humane Vitae.

Yes, Trump is undeniably crude but again it was the iconoclasts of the 60s who tore everything down, seeing any social mores that stopped them from doing what they wanted as wrong. Anyone who has laughed at George Carlin’s ‘seven words’ routine can’t then be faux-disgusted by Trump’s crude approach to politics. It’s simply inconsistent.

It’s not that swearing, womanising and crudeness have only just come into existence, but rather now these things are seen as OK, and the old Christian morality which guarded against these things has been foolishly thrown out of the window because it is ‘oppressive’ and ‘patriarchal’.

Rather than consider their own role in seismic events such as Brexit and Trump, those on the Left have opted to comfort themselves with mad ramblings about ‘Russian meddling’, ‘racist bigots’ and ‘people didn’t know what they voted for’. Not only is this approach childish, it is unintelligent and wouldn’t get you many marks in an exam.

As St Augustine shows us, we get what we deserve. Even removing God from the conversation, it seems obvious to me that leaders are a creation of the culture, people and nation. We would be wise to reflect on what recent events tell us about who we are right now, and more importantly who we want to become.

Share
Facebook
Twitter
Pinterest
WhatsApp
Previous articleNo time for heroes: the men who stood by as a maniac shot their female classmates
Next articleSaturday essay: How to resist the Remainers (in a strictly non-violent way)