NewsPaperthe art of publishing
Home News We don’t need fire to destroy our national treasures. The authorities are...
0

We don’t need fire to destroy our national treasures. The authorities are doing it for us 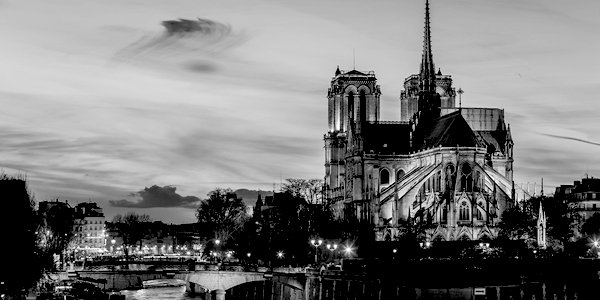 AT the end of his great TV series Civilisation, Sir Kenneth Clark asked, ‘What is civilisation?’ He didn’t know, but turning towards Notre-Dame Cathedral he said he knew it when he saw it, as an example of 850 years of civilised culture.

The whole western world seems to be in mourning for Notre-Dame, that symbol of French Christian culture. Parisians watching the fire called the cathedral ‘part of our history, our culture, our literature’. One wonders what would be the reaction if a similar catastrophe happened here. Perhaps the current situation of the National Gallery in Trafalgar Square might give us an inkling.

It was a shock on a recent visit to London to find I could no longer enter the National Gallery through the great portico at the top of its splendid double stairway. It is now closed to the public. The famous façade looks neglected, as if the place has been boarded up pending demolition.

The gallery’s 2,300 paintings are still inside but you can reach them only by pushing through tourists bullied into huge circles by licensed beggars doing tricks or accompanying blaring music speakers, to enter via the unprepossessing Sainsbury wing down the road or the low-level Getty Entrance.

I was told this development was ‘for security’. People poured in through the grand entrance during the worst days of the Blitz. Clark organised regular exhibitions throughout the war. He also held daily lunchtime classical music recitals for the public. A bomb went off during one of the concerts but Dame Myra Hess played on, reportedly not missing a note.

Art critic Herbert Read called the National Gallery ‘a defiant outpost of culture right in the middle of a bombed and shattered metropolis’. Nowadays it seems it’s safer to have your bags checked in a banal modern building than in a grand old one.

Times have changed: the British public no longer flock to classical music concerts and probably wouldn’t know a Raphael if it fell on them, and looking through the Corinthian columns of the old portico, once a world-famous view past Nelson’s Column down Whitehall, reveals the squalor of today’s Trafalgar Square.

Rather than being a pleasant square where civilised people can walk while children feed the famous pigeons (that was banned by Ken in 2003), it is now a place for loud music, litter and beggars with mental health issues in grotesque costumes. The view from the NG raises questions about national identity which the French never seem to have to ask, such as whether our culture even exists any more.

Unlike France, Britain is in the grip of national self-loathing. While French plutocrats are vying to fund the restoration of Notre-Dame and Macron boasts it will be done in five years, pundits on the BBC and in newspapers suggest that the cathedral, and indeed no old building, should ever be restored. Two years ago, black journalist Afua Hirsch wrote in the Guardian: ‘It is figures like Nelson who immediately spring to mind when I hear the latest news of confederate statues being pulled down in the US.’

Nelson is still there on his column but Hirsch’s message is a powerful narrative in our universities and schools. In the UK we don’t need fire to destroy our precious assets – local authorities and teachers will do it for us. Plans for further change of the area are under way. The National Portrait Gallery once provided a pleasing chronological meander through British history. It’s now going to be remodelled so that more emphasis can be placed on the popular and contemporary; its last big show was a commemoration of Michael Jackson. The main reason for this radical change is the national obsession with ‘inclusivity’.

NPG director Nicholas Cullinan said in January: ‘The most common question that visitors ask is, “Why does nobody here look like me?”’

Why would anyone care about such a question? In Clark’s day visitors went to galleries to look and perhaps learn; now they go to look at themselves through selfies.

Old buildings and works of art cannot possibly reflect the multicultural crowds now swarming ten-deep around them, from rich tourists from Beijing to Romanian beggars crowding into Mayfair, and unlike the French we are no longer happy when a building or image says ‘This is what we once were’.

Last year it was agreed by the BBC that Clark’s 1969 series Civilisation could never be made now. Clark was called ‘outrageously’ committed to the ‘great man approach to history’ and the non-egalitarian idea of individual genius. Above all his critics detested his belief that Europe had ever had anything special to offer the world, or should be seen as a paramount civilisation. Perhaps the response of the French to the destruction of Notre-Dame will shame us into questioning our philistine attitudes at last.