We Danes should leave the EU along with you 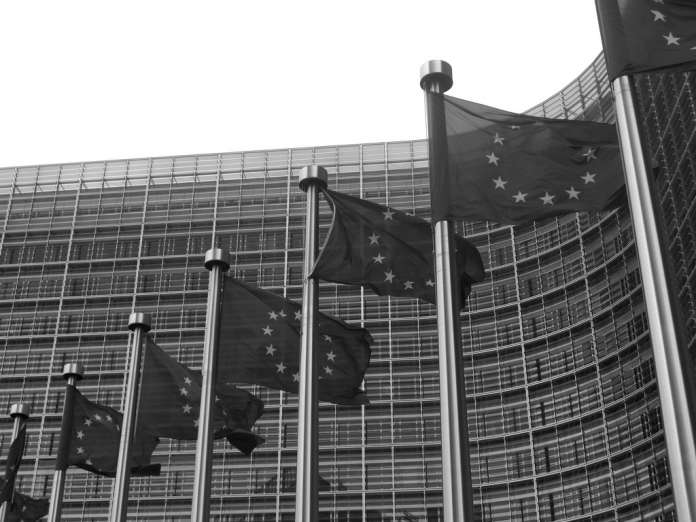 Denmark joined the EEC with the UK on January 1, 1973. One of the main arguments before the Danish referendum was that the UK would join and therefore Denmark had to join. In the last TV debate before the Danish EEC referendum in 1972 our prime minister, Jens Otto Krag, was asked what Denmark should do if England later left the EEC (they used the term England but probably meant the UK). Prime Minister Krag promised that in such a situation Denmark should leave together with England. That promise still has relevance. It is part of the preconditions for Danish EU membership that the UK is part of the EU, and it is only fair that there should be a Danish referendum now when the UK is leaving the EU. There are many political arguments for such a referendum and for Denmark to leave the EU. There is a big risk that after Brexit Denmark will end up in a very difficult position inside the EU. After the UK, Denmark is probably the most reluctant member state of the target of an ‘ever closer union’. We are actually a very odd EU member state.

Both geographically and politically, Denmark has a semi-EU membership. Two parts of the Danish kingdom are not parts of the EU. The Faroe Islands never joined, and Greenland – the biggest part of the Danish kingdom – chose to leave the EEC in 1985 after a referendum in 1982. Politically Denmark has also a special relationship to the EU. A majority of Danes voted No to the Maastricht treaty in 1992, and after negotiations Denmark got several opt-outs and a new referendum. Due to that, Denmark is the only EU member state besides the UK that has the right to keep its national currency. However the EU Commission has made it very clear that after the Brexit referendum all other member states will have to abandon their national currencies.

Denmark has also rejected the EU defence policy and so is not part of the EU battle groups, the EU Defence Agency, the increased military co-operation (PESCO). None of the articles about defence in the Lisbon Treaty is valid for Denmark. Danish soldiers do not have EU flags on their uniforms and cannot participate in EU military operations. Our tax money does not go to the militarisation of the EU. Denmark has also an opt-out making it clear that we do not participate in the EU’s supranational justice and police co-operation. We are the only EU member state that is not a member of the supranational EU police agency Europol. Instead Denmark has an agreement about co-operation with Europol.

Denmark is part of the Schengen agreement but as an independent state, and we have not accepted its supranational powers. When the UK leaves there is a big risk that pressure will be put on Denmark to adjust and to give up sovereignty on areas as which are essential for every independent state. We can already see how the French and German governments have boosted the centralisation process inside the EU. This is in no way in the interest of the Danes. Danes and Britons have in common that we want a practical co-operation in Europe.

Many of us support the idea that it is possible to trade, travel, study, live and work across borders but we do not support the idea of an EU super state – the United States of Europe. Nevertheless it is in that direction the EU is moving. The biggest problem with the EU is the lack of democracy. However the EU is also a threat to welfare, our environment and our possibilities of being a global-oriented nation. It would be much better for Denmark to leave the EU together with the UK. We would benefit from a Danish exit of the EU in many areas, most importantly in the democratic area. According to a survey from the Danish parliament in 2015, 90 per cent of EU law proposals never pass before the Danish Parliament before they become law, and Danish influence in the EU is very small.

No elected representative of the Danes can make law proposals inside the EU. We have a tradition of a strong democracy but that is surely undermined by the EU. Outside the EU we can make laws that are better than the EU. We can go further than the EU with laws that are good for health, environment and animal welfare. We are a nation that is good at exporting high-quality products and we can make our own trade deals with countries all over the world, or we can together with the EFTA countries (Norway, Iceland, Switzerland and Liechtenstein) negotiate trade deals with other nations.

The world will also benefit from Denmark having its own international voice again. We and the other Nordic countries used to be countries that facilitated peace negotiations and were strong supporters of the UN and international law. Norway is still doing a lot for peace in the world but if Denmark could stand shoulder to shoulder with Norway we could do more for a better world. And if the UK would walk the same path we could make a huge difference.

Brexit gives hope for a better Europe. Yes to democracy and co-operation – No to the EU state!

This article first appeared in The Red Cell and is published here by kind permission.

Lave K. Broch
Lave K. Broch, is Master of Political Science and substitute member of the EU parliament for the People’s Movement against the EU in Denmark