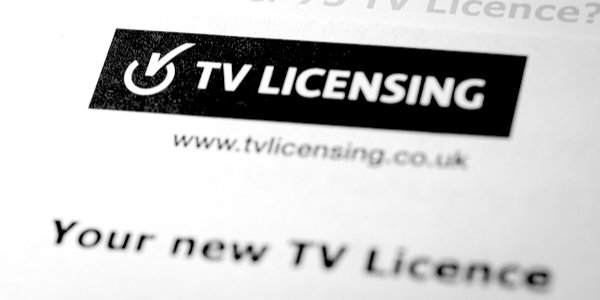 NOW that most over-75s must pay the TV licence fee, the BBC is to employ Capita to provide ‘outreach officers’ to visit their homes in pursuit of missing payments.

Capita is not without controversy. David Walker was one of many commentators last year to express concern: ‘No sensible public authority, whether council, NHS trust, or Whitehall department, would let a contract to a company over which hang as many question marks as hang over Capita. After Carillion, it has simply become too unreliable, too risky and – once you have factored in the necessary insurance in case of failure – too costly.’

No wonder BBC director-general Lord Hall initially expressed ‘serious concern’ about allegations about their methods, which included ‘an incentive scheme in which enforcement officials earned bonuses based on how many licence fees they sold on the doorstep’, and about an expose by an undercover reporter in which an area manager described operatives taking payments by any method, including via hand-held card machines.

His worries seem to have been easily allayed. Capita suspended two employees and conducted an internal investigation, which was sufficient to prompt Lord Hall to say that ‘he was satisfied that the behaviour was neither systemic nor representative’.

So that’s all right then. Or is it?

The BBC’s director of policy, Clare Sumner, added her pennyworth when she and Lord Hall were grilled by members of the Digital, Culture, Media and Sport Select Committee this week. She insisted that recruits for the over-75s team would be ‘a different cohort to people who enforce the licence fee’ and the visits would be carried out ‘as sympathetically as possible’. Another of the BBC’s many spokespersons (paid from our licence fee) assured us: ‘Their sole purpose is to help people apply for their licence – including a free licence – and raise awareness of pension credit as we recognise that this group may welcome more personal support either through TV Licensing hotline or by a visit. They will not arrive unannounced – we will always contact people several times by letter first. And they will not be involved in enforcement action.’

Let’s hope. Given that the whole purpose is to prevent what they predict will be less than an 8 per cent non-payment rate, is the employment of an expensive and controversial subcontractor worth it?

What seemed to occur neither to the officious Ms Sumner or the MPS questioning her and Lord Hall are the ‘sympathetic’ methods already used by confidence tricksters to bamboozle the elderly into parting with their money. Those elderly might not know how to use a ‘hotline’ for help or be mobile enough to ‘seek face-to-face assistance at a community centre’.

It’s bad enough for such individuals to be prey to the unscrupulous without being targeted by a Gradgrind BBC and its Capita henchmen.

Going for a generation for whom honesty was always the best policy, few of whom will deliberately avoid paying the licence fee, when BBC presenters are being paid enormous salaries, does not reflect well either on the BBC’s intentions or its senior officials’ sensibilities. If they were less inoculated against ironic self-awareness by their overt sense of moral rectitude – evident in their continual lecturing of the rest of the population from their ethical ivory tower – it might have occurred to a bright spark SJW editor to commission a documentary about a greedy media corporation extracting money from the old to pay for the board’s gold-plated pensions.