Vogue’s transgender ‘suffragette’ and a licence to bully women 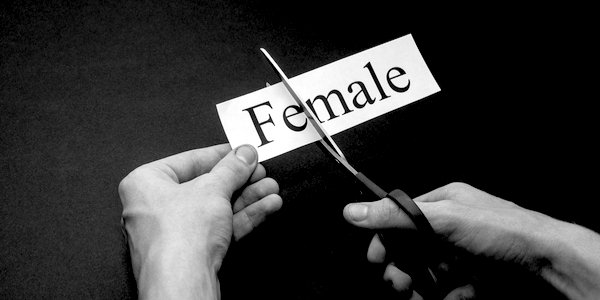 ‘I’m just going to say this one more time so it penetrates,’ shrieked transgender woman India Willoughby to his assembled female companions in the Celebrity Big Brother house. ‘I am a woman!’

It’s quite something to see a biological male attempting to use verbal violence and aggression to bully, hector and ‘penetrate’ a group of women into accepting that he is exactly the same as they are, despite the fact that he was born with a full set of male genitalia and is the father of a teenage son.

Watching this man browbeat a group of women into silence by shouting at them, insisting that he is the victim and demanding that they ‘respect’ him by uncritically accepting that he is a woman who happened by some inexplicable and cruel trick of Mother Nature to be trapped in the wrong body for fifty years, one could be forgiven for thinking that perhaps the feminists do have a point about the patriarchy.

While I haven’t watched much of Celebrity Big Brother, what has struck me is that every time the women have been on the verge of a fascinating discussion, such as the Catholic sex abuse scandal, along comes India Willoughby to close the subject down –‘Ladies, this isn’t Panorama’ (don’t trouble your feeble brains) – and make the conversation all about him and his victimhood.

Interesting, too, that the two targets Willoughby has focused his aggression upon, 82-year-old lesbian actress Amanda Barrie and 70-year-old former politician Ann Widdecombe, are the two women who without his presence would be the undoubted matriarchs of the group. Both are highly intelligent, sharp, witty and experienced women of the world, with plenty of experience when it comes to telling men to take a hike. No wonder his fragile ego can’t cope with the slightest suggestion that he could be male. Even when Barrie and Widdecombe apologise for inadvertently ‘misgendering’ India and calling him by male pronouns, it is not enough. They must be intimidated into seeing the error of their ways.

Sadly, Willoughby is just the latest cuckoo in the nest. This month’s Vogue has included the transgender activist Paris Lees as one of seven ‘women’ who are supposedly the suffragettes of twenty-first century Britain.

Now while you may splutter at the notion that any of the other six listed have come close to achieving anything which puts them in the league of the suffragettes, who were willing to risk life and liberty to secure the same rights for every woman, no matter how lowly their station, they are at least women.

When it comes to Paris Lees, I’m sorry but this individual is not a woman and the only flourishing he promotes is that of men who wish to appropriate femininity. Lees believes that women should learn to accept men cat-calling and wolf-whistling at them in the street as a compliment and states that men are ‘brave’ for paying such ‘compliments’. Of course he would think that. Lees was born a male, was socialised as a male, does not have the same fear of male sexual violence as women and would probably be much more of a physical match for any potential assailant. It makes sense that someone who bases their entire identity around what they look like, and needs perpetual reassurance that they do indeed resemble a woman, would appreciate the validation that they can pass muster and are physically desirable. The rest of us, however, find that being reduced to a sex object at whom strangers holler their ‘appreciation’ is tiresome, vulgar and very often intimidating.

I didn’t particularly appreciate my good fortune or the man’s bravery when a trucker hooted at me, pulled over, beckoned me into his cab and then followed me a few months ago. But Paris Lees, that modern suffragette, thinks it’s harmless fun and a compliment. This former male prostitute is also quite happy promoting female prostitution as a career choice, referring to women as ‘slags’ and ‘sluts’ with ‘lady lumps’ and telling them what to do in bed.

Far from being emancipators of women, the likes of Lees and Willoughby are the public faces of a movement which actively seeks to degenerate and erode the quality of everyday life for women. Take for example the case of the woman who was faced with an obvious bloke to perform her smear test, despite having requested a woman.

On hearing that the NHS had rightly apologised, a trans activist whom I’d previously thought was reasonable declared that, had they been the trans nurse involved, they would be seeking to take the NHS trust to court. According to this commentator, who is employed by the NHS to advise on diversity, it is illegal for the NHS to discriminate against someone on the grounds of their transgender status. Therefore even if a woman feels uncomfortable with an unaccompanied male rummaging around her intimate areas, she should just drop her kecks, shut her mouth and be grateful for the fact that she has access to a smear test in the first place.

Indeed this chilling lack of empathy was pretty much the consensus from a number of trans activists and their soi-disant ‘feminist’ allies on social media. It doesn’t matter if you are a victim of rape, sexual assault, a member of a religious or cultural minority or if you have strong objections to a man performing an intimate examination of you, if that man feels that he is a woman on the inside, you should respect him and you are a whiny bigot! Your objection is no better than racism. Same goes if that man wants to share your changing room or your public lavatories.

If he thinks or says he’s a woman, you have to suck it up, sister. Not only that, but you need to accept that you can no longer use words such as ‘mother’ or refer to breast-feeding and menstruation as being female functions. You must educate your daughters that their feminine duty is compassionate silence and acquiescence when faced with men who want to wear your clothes, buy your eggs, rent your womb or better still have you donate it to them, trample all over your boundaries, and disregard your lived experience.

That’s not female suffrage, it’s bondage. Pankhurst would be spinning.