NewsPaperthe art of publishing
Home News Unfriend the cyber Pied Piper, kids, and DO something with your lives
0

Unfriend the cyber Pied Piper, kids, and DO something with your lives 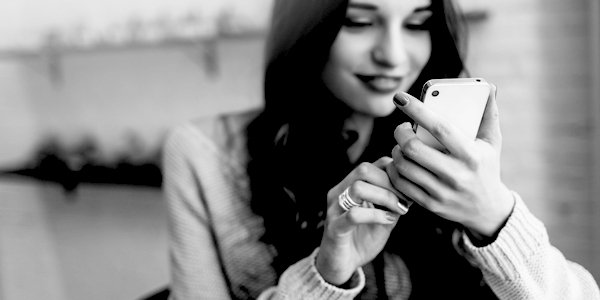 At least some readers of this site will have been teenagers when every day felt like a bad hair day or a bad clothes day. We made the best of things, though, in the full knowledge that others were doing the same. Then there was just Life to get on with. Had anyone bothered to ask the pupils at any of my schools about our lives and feelings, they would probably have found cases of true unhappiness. However I doubt very much whether they would have uncovered much evidence of self-harming. I’m sure they wouldn’t have found much evidence of cutting oneself. For a start, many (adults as well as children) would never have heard of such a disturbing and bafflingly contraindicative thing to do to oneself in the depths of misery.

The Children’s Society last week revealed that self-harming is now rife amongst adolescent girls and boys. According to its latest survey, in which 11,000 children took part, 22 per cent of the girls and 9 per cent of the boys said they had deliberately hurt themselves in the year prior to the questionnaire. Levels of self-harm were highest (46 per cent) among those attracted to people of the same or both genders. Recent figures from the NHS confirm the crisis in children’s mental health: the number of girls aged 18 and under admitted to hospital for self-harm has almost doubled in two decades, reaching 13,463 in 2017 (7,327 in 1997).

We know there has never been a golden age, a time when childhood and growing up was plain sailing. Of course it didn’t always make things great for youngsters just because once upon a time there were no all-consuming exam pressures (given that most weren’t expected to succeed academically), or that fewer marriages ended in divorce, even if there was chronic dysfunction and tension in the household. There was hunger, poverty, neglect, abuse, loneliness and insecurity, casual racism and casual homophobia. As there still is. Today, however, something else is up if shocking numbers of children are resorting to inflicting physical harm on themselves by punching, hitting, cutting or burning. What’s going on?

The NSPCC states that the reasons increase include depression, bullying, pressure at school, emotional abuse, grieving and relationship problems with family or friends. It says that anxieties about looks is a big issue and that another factor is how the young feel about sexuality and gender stereotypes. Well, it’s been said before but it’s worth saying again: the digital age has its fingerprints all over our children’s increasingly unhappy lives and it is we who have allowed that grip to tighten.

Mass distraction by and addiction to social media (and that’s not just the young but also now, unfortunately, those who are raising the young) means that teenagers measure their self-worth according to their social media status: the likes, the shares, the retweets. Who wouldn’t get depressed by spending hours every day alone in a bedroom comparing your own imperfect life to everybody else’s `highlights reel’? And fretting about being excluded. And FOMO (fear of missing out). Of course, the malevolent little screen is constantly in their hands inviting them to scroll and tap. Until it’s suggesting they may just as well cut. Yes, there is the capacity for compassion and altruism on social media, but sadly it doesn’t punch above its weight quite as does trolldom or more subtle bullying in its impact on the lives of others.

A few weeks ago BBC Sunday Morning Live ran an item to debate social media as ‘good’ or ‘evil’, a simple binary but you get the gist, and within this was a light-hearted clip involving something called The Selfie Factory. This idiotic and dispiriting little commercial gimmick invites people (for a tenner or whatever) to hire some flimsy mock up of a fancy bathroom so that selfies can be set in apparently glamorous surroundings. That fakery and nonsense should bump the numbers up. Depressing? You bet.

Social media addiction, as with any kind of addiction, sucks time out of life. It displaces. It pushes things out of life that would be best not pushed out. Like making memories of something other than sitting in your bedroom for years scrolling and tapping. Like physical activity. Last year I talked to a youth football coach in my town who said a number of junior squads no longer existed because there was not the interest there was a decade ago. All on their gadgets now, he said sadly. No need to talk here either about an epidemic of obesity and its consequences for the young.

Social media has made the young obsessed with body image. It peddles them the lie that if you could only look like this, with this hair, these clothes, these legs, this six-pack, then you too will be happy. It says ‘Follow me and you’ll learn how to live.’ Masses are now following this cyber Pied Piper into the mountain darkness that is their bedroom or the dismal communal silence you get when a family or a group all have their heads down into their phones. But it’s not a life. It’s disconnection from life. It’s isolation and alienation from the things that really matter: our relationship with other people on a face-to-face, voice-to-voice basis. Isn’t it meaningful connection to others that is at the heart of that sense of our ease with ourselves as human beings?

It’s no guarantee against sadness and the terrible emptiness and despair of depression, but getting off social media would be a start. Addiction to screens has deprived so many of the sense of touch, that most humanising of our senses. It has also undermined the sense of real community and the sense of actual physical space (certainly now that online continues to kill off the high street). A recent R4 programme, The Persistence of Analogue, which explored the growing popularity of old-fashioned analogue culture in our bloodless, touchless digital world, referenced an inclination among millennials to listen to less-than-perfectly produced recordings of 1980s hits that were set against the background noise of shopping malls, those dying retail spaces of yesteryear where the young used to hang out. Poignant, that.

No question that today there is a generation of young people who now need urgent support with their mental health problems. It cannot be only about a cash injection, though, or there’ll be even more things to be depressed about if we store up a public finance meltdown to be faced by the children and grandchildren of today’s unhappy young people. That will be a bleak future.

For more than a decade there has been a foolhardy rush in schools to shoehorn technology and screens into everything. Silicon Valley millionaires found a ready-made market to get hooked on to its little devices. Touchscreen existence, courtesy of the ever-present smartphone, has ironically more and more taken the sense of ‘touch’ out of life. Physically and metaphorically. ‘In touch’ with ourselves, others, the natural world, our own imaginations and what it is to be alive and to be happy that we are alive.

It’s time now to help our young get back to touching things that matter, things that have substance, weight, a smell: a book, pencils, paper, paints, food, to name but a few. Get making, doing, re-doing, get noticing the world. Discover the creative potential of boredom once you set aside the screen, social media, with all its power to disinhibit and dehumanise. If we can help the young of today get away from the con-trick that takes up hours of their daily lives and leaves them despairing, then they might be able to get in touch with themselves, rather than a screen, hear their own voice rather than that of the mob. Then there might be a way out of the tragic despair in which many of today’s young now find themselves.