U-turn if you want to (everyone else does) 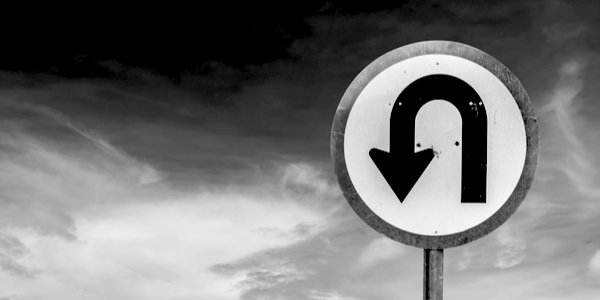 IT usually comes out of the blue, to be greeted by delight, derision, or disbelief . . . the U-turn. In an instant, some well-known figure who had long seemed certain and steadfast in his or her beliefs shocks us by doing a complete volte-face, a reverse ferret.

The latest to slam the ideological gears into reverse is Jeremy Clarkson. For years a shouty sceptic over climate change, he now apparently accepts that global warming is real.

His conversion came during a jet-boat race from Cambodia to Vietnam, when he found a once-deep lake reduced to ‘a puddle’. The former Top Gear presenter confessed that the ‘graphic demonstration’ of global warming was ‘genuinely alarming’.

But Clarkson’s not the first to spin the steering wheel to full lock and he won’t be the last. In every walk of life, U-turning is a commonplace and has been for centuries.

In our personal lives, we U-turn all the while in ways large and small. What parent has not irreversibly banned a teenager from going to a party, then suddenly said: ‘Okay, but be back before 10pm.’?

Which of us has not firmly resolved to ignore a charity tin being proffered ahead of us in the street, then, as we reached it, hastily dropped in a pound coin?

I U-turn a dozen times a day by telling my dog he can’t have another treat, then, seeing his doleful, soulful expression, bunging one to him while telling him: ‘No more!’

But it’s in politics, where the expression first gained currency, that U-turns abound and have almost become unremarkable. There’s a vast selection.

In 1904, Conservative MP Winston Churchill crossed the floor of the Commons to join the Liberals. Twenty years later, he U-turned on his U-turn and returned to the Tory fold, allegedly saying: ‘Anyone can rat, but it takes a certain amount of ingenuity to re-rat.’

In the 1970s, Tory Premier Ted Heath spectacularly U-turned on the party’s policy of spending restraint by pumping money into health, education and welfare.

In the autumn of 1978, Labour PM Jim Callaghan dramatically turned his back on holding a general election he possibly would have won. The strike-bound Winter of Discontent followed and in May 1979 Margaret Thatcher swept to power.

Chancellor George Osborne performed a celebrated U-turn in 2012 by scrapping his so-called pasty tax. Michael Gove’s U-turn in his support for Boris Johnson in the 2016 Tory leadership contest brought Theresa May to power. As for U-turns over Brexit, take your pick. There’s not enough space here.

The number of political U-turns is rivalled by the religious variety. Every day, people are switching or ditching their faiths.

Some 2,000 years ago Saul of Tarsus, scourge of Christians, had a vision of the resurrected Jesus on the road to Damascus. He fell, blinded, as a voice said: ‘Saul, Saul, why persecutest thou me?’ Later, having regained his sight, Saul became a believer and set forth on his apostolic mission as St Paul.

Around AD 312, the Roman emperor Constantine made possibly the most influential U-turn of all time when he converted from paganism to Christianity. Sixty years later, Christianity became the empire’s official religion.

Physical U-turns are as intriguing and entertaining as the moral variety, in fact or fiction. In the pantomime, Dick Whittington trudges out of London in disillusionment. On Highgate Hill he hears the city’s bells seeming to say: ‘Turn again, Whittington, Lord Mayor of London.’ Turn he does, to fame and fortune.

U-turning didn’t end so happily for Lot’s wife, so the Bible tells us. In disobedience of God’s orders, she couldn’t resist looking back for a quick shufty at Sodom as the sinful city was being destroyed. Next second, she turned again . . . into a pillar of salt.

On the battlefield, turning has brought mixed results. In 1485, Sir William Stanley U-turned during the Battle of Bosworth. He had been loyal to Richard III, but as the king fought against Henry Tudor, Stanley changed sides. His 4,000-strong force waded into the fighting and Henry triumphed.

In August 1914, German General Alexander von Kluck’s 1st Army was bearing down on Paris. The city’s fall looked possible and might have brought an unwelcome German victory after barely a month of conflict. But Von Kluck decided to turn away from the capital to pursue enemy troops, exposing his flank to a successful French counter-attack. Soon after, both sides dug in and four years of trench warfare followed.

All this U-turning raises the question: Can we rely on anyone, from the highest to the humblest, not to change their mind?

In 1980, Margaret Thatcher famously told critics who were urging her to tone down her tough economic policy: ‘You turn if you want to. The lady’s not for turning!’ But even the Iron Lady eventually had to compromise politically, most significantly over Europe.

So will Jeremy Clarkson stick to his new-found belief in global warming? It remains to be seen. He’s still having a go at 16-year-old Swedish climate campaigner Greta Thunberg, who he says offers no answers. ‘But I genuinely hope people are working on what on earth to do about it,’ he adds.

However, even if the Petrolhead Epiphany is just so much hot air, we know one thing for certain: The world just keeps on U-turning.