Two heroes in the fight for free speech 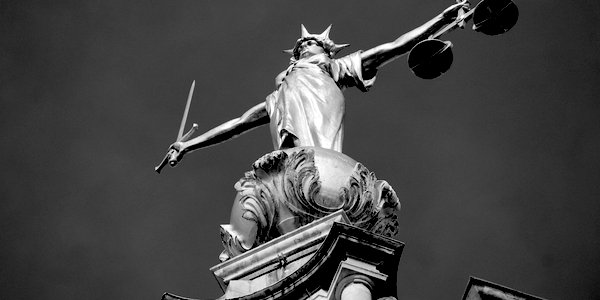 HARRY Miller deserves a medal. Mr Miller is the man who took on the police over their interference in his rights of free speech and won. The issue where he attracted police attention was transgenderism, but that’s not important. He deserves a medal not for what he said but for taking a stand against an over-active police force who were starting to tread on our basic freedom.

Mr Miller’s views on transgenderism are probably quite unexceptional, although some might think coarsely expressed.

Until a few years ago nothing he has said on the subject would have caused surprise. But as we know, a new orthodoxy has taken hold and stating things that most people would consider common sense or basic biological facts can now get you into trouble.

Mr Miller, a former policeman, had been tweeting on the subject and this resulted in a police visit to his workplace. Not because a crime was being investigated. The police were happy there was none. They simply did not approve of Mr Miller’s opinions.

Perhaps everything Mr Miller said was wrong. Perhaps it was crass or unpleasant. If that’s what you think, you can say so. Make your own arguments or contemptuously ignore him. That’s your free speech and it balances Mr Miller’s. We should all feel free to think and express ourselves as we wish. This interplay and clash of opinion is a fundamental part of our politics. It really shouldn’t need saying that if it doesn’t involve a crime or an incitement to violence, it is emphatically not something for the police to concern themselves with.

Mr Miller rightly objected to the police monitoring his take on what in the broader sense is very much a political issue, as well as what was an intimidatory visit to his place of employment. He took the police to court and gained a High Court decision that the police’s actions had been unlawful. If only more people had his determination and confidence. He deserves congratulation on his victory and refusal to be in bullied.

Also due our thanks is the judge, Mr Justice Julian Knowles. He got it exactly right, understanding that the issue here was not transgender rights, but our fundamental freedoms. It is worth quoting him at length.

‘The claimant’s tweets were lawful, there was not the slightest risk that he would commit a criminal offence by continuing to tweet.’

‘The combination of the police visiting the claimant’s place of work, and their subsequent statements in relation to the possibility of prosecution, were a disproportionate interference with the claimant’s right to freedom of expression because of their potential chilling effect.’

‘I conclude that the police’s actions led him, reasonably, to believe that he was being warned not to exercise his right to freedom of expression about transgender issues on pain of potential criminal prosecution.’

If only all of our judiciary understood things so clearly. And although a minor issue, Mr Justice Knowles’s historical knowledge also deserves a mention. When discussing police oppression, he referenced the Gestapo.

But he also cited the Stasi, the old East German Communist secret police, and the Cheka, the KGB’s first iteration, founded by Lenin’s psychopathic regime. The common refusal nowadays to acknowledge Communism’s monstrous crimes makes it very welcome when we hear any mention of that dreadful ideology’s contribution to human misery.