Tory despair is not confined to the young 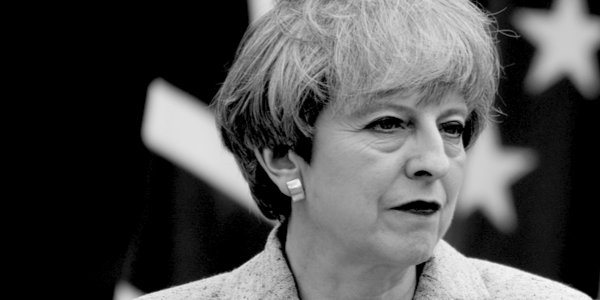 MY (equally despairing) response to William Gould’s article ‘Despair of a Young Conservative’ yesterday is that things were not much better at our local association meeting either:

‘Jolly good!’ said my companion, handing me a drink as we assembled last Friday at the golf club for our annual Conservative Association Dinner to hear a speech by a neighbouring MP, in the company of our local MP and resident Tory activists. ‘Jolly’ is an adjective usually associated in political circles with those cheerful, good-humoured, country Tory types found inhabiting the wilderness outside London and the M25. However, there was nothing ‘jolly’ in the atmosphere that prevailed as the person opposite proceeded to denigrate most of the assembled company.

As the evening progressed, it appeared that the prospect of indulging in some friendly discussions regarding the merits or otherwise of the two leadership candidates was as likely as Theresa May being invited on to Strictly Come Dancing. Bore or buffoon, messiah or pariah, take your pick as bitterness and rancour were dolloped out along with the cold cauliflower cheese. Brexit Derangement Syndrome was lurking near the surface and emerged with all the velocity of the rockets that propelled Apollo 11 to the moon 50 years ago.

In the speech that followed, we were assured that the new leader’s principal task was to achieve Brexit and deliver the results demanded by the 17.4million who voted to leave the EU in 2016. Conservative values still prevailed, in pragmatism, conciliation, and most importantly ‘conserving’.

The new leader must bring the country and party together, reviving the ghost of Robert Peel in his reputation for moderation, committing the Conservative Party to policies of cautious reform, whilst conserving vital national interests.

The reality was that the new leader would be confronted with the same parliamentary arithmetic; in other words, some MPs have never accepted the referendum result and despite being elected on manifesto commitments to do so, patently refuse to enact it. With a swipe at any Brexiteers in the audience, we were reminded that both MPs had voted for Mrs May’s disastrous Withdrawal Agreement, but that it had been thwarted by the actions of dastardly members of the 1922 Committee.

Conjuring up the cartoon characters of Wacky Races with incorrigible cheats Dick Dastardly and his sniggering sidekick Muttley could well be an analogy of the present Conservative Party, as it swerves through the chicanery of the Brexit negotiations. Despite the WA containing detrimental features to the UK, certain MPs are now determined to take ‘no deal’ off the table, as leaving without a deal would be an absolute disaster and catastrophic for the future of this country.

Which was presented with all the assurance of a Madame Arcati at a clairvoyants’ convention.

Despite everything, at no point during the evening was there a sense of optimism, drive and determination to take this country forward through the quagmire of doom and despondency that appears all-pervasive; after all, optimism can be a self-fulfilling prophecy. We left downhearted and dismayed and retired to console ourselves at the local, the aptly named Jolly Sailor.

Victoria Baillon
Artist, smallholder and part of the forgotten middle!