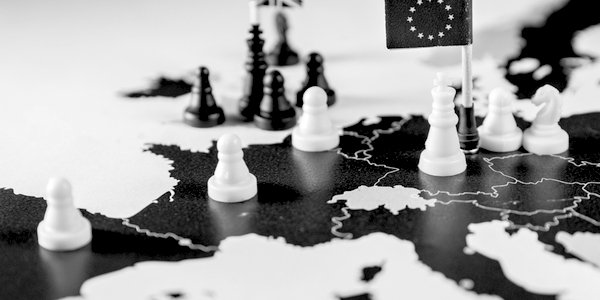 Barring some unforeseen anti-climax, the next week, culminating in the House of Commons vote on Theresa May’s duplicitously conceived and deceitfully misrepresented Brexit-In-Name-Only Withdrawal Agreement on Tuesday 11 December, promises to be the most momentous in our political history for the last 25 years, since the passage of the Maastricht Treaty in 1993.

It will potentially decide whether Britain’s destiny for the next few decades is to be that of a once-again independent, outward-looking, sovereign democracy, or a weakened, impotent, deferentially grovelling satrapy on the fringes of the neo-colonial Brussels Empire.

The stakes could not be higher. Yet the principal players in the grouping of MPs in whose hands most lies the power not only to halt but reverse the monstrous betrayal of country, and arguably of democracy itself, which, given the outcome of the 2016 EU referendum, the latter fate would be – the putative ‘Tory Brexiteers’ – are a self-indulgent, fissiparous gaggle of biddable loyalties, concealed ambitions and flexible reliability.

We can first dismiss the so-called ‘Cabinet Brexiteers’. They deserve little but our eternal contempt. Once Boris Johnson, David Davis and Steve Baker had resigned in the wake of the Chequers Summit, their ‘We will stay in the Cabinet and continue to press the Prime Minister to change her approach from inside’ position looked increasingly unconvincing and self-serving. Once Dominic Raab and Esther McVey had resigned rather than support May’s Orwellian-labelled ‘Withdrawal’ Agreement it became almost comically untenable.

Penny Mordaunt, Andrea Leadsom, Liam Fox, Chris Grayling and Michael Gove appear to have maintained their implausible positions only up to the point when, forced to choose between upholding democracy and their manifesto pledges, or retaining the trappings and rewards of Ministerial/Cabinet office, they seem to have chosen the latter, suddenly becoming converts to May’s BRINO-Deal with attempted justifications, not excluding warnings that rejection may mean Brexit not actually happening at all, which are wholly unpersuasive.

The supposed submitters of the necessary 48 Letters of No Confidence in May’s leadership to the 1922 Committee have not been much better. There was a seeming naivety on the part of their de facto leader Jacob Rees-Mogg in taking at face value their assurances that their own letters had been submitted, when in fact they had not.

Some senior staunch Brexiteers, notably Iain Duncan Smith, Bernard Jenkin and Owen Paterson, appeared not to join their ranks at all. The ‘revolt’ collapsed in a welter of recriminations, doing nothing to suggest this was, or is likely to be, an effective route to stopping Parliamentary approval of May’s Withdrawal Agreement. Indeed, rumours circulate of knighthoods and peerages dangled as inducements to support May.

The younger, more recent, more committed to Brexit intake of Tory MPs, however, give more grounds for hope. Just to take three at random, the personal statements of opposition to May’s BRINO-Deal and pledges to vote against it from MPs Julia Lopez, Suella Braverman and Lucy Allan are impressive.

Conservative Home has been maintaining a running total of how many Tory MPs now oppose May’s (non)-Brexit deal. At the time of writing, the figure including all of the ‘definitely’, ‘probably’, and ‘maybe’ categories, stands at approximately 100.

Together with the DUP and Labour Eurosceptics, this ought to be enough to ensure the deal’s defeat – unless Labour and the other Europhile parties for whom it is not Remain-ery enough do an about-turn and support the Government. Quite what May’s position would be in the event of her widely criticised and opposed Brexit withdrawal deal passing via reliance on Labour votes is a moot point.

Moreover, not for nothing is the ‘Conservative’ Party in Parliament known as one of the most capricious and untruthful electorates in the world. The stories of pledges to support A in public, only to back B in private and vote for C are legendary, which makes all the responses and surmising used in calculating numbers consumable only with a large pinch of salt.

It looks increasingly likely at the time of writing that May will seek to convert some of the waverers by framing the Commons debate in tribal political party terms, a Conservatives vs Labour contest, rather than the Leave vs Remain, or at least Clean-Brexit vs Closet-Remain tussle which it both is and ought to be presented as. This is already obvious from May’s insistence that what promises to be a farcical all-Remain TV ‘debate’ is structured on this basis, demanding to go head-to-head only with Jeremy Corbyn, but not with either Johnson or Rees-Mogg, both of whom she knows would, figuratively speaking, eviscerate her.

Furthermore, although there appears to be a Tory consensus against May’s BRINO-Deal, that consensus fractures as soon as it comes to discussion about what should happen next, after its expected defeat. Incredibly, some MPs favour going back to the EU and asking for better terms, despite Brussels’s insistence that none will be offered.

Others (some, it should be noted, until quite recently Remainers) are trying to revive the idea of an EEA/Norway-style option, despite its inability to cover the one point May seems able to fixate on, namely Freedom of Movement, and notwithstanding its other flaws.

Yet others, one suspects, would like nothing more than to drop the whole idea of leaving the EU, and forget about Brexit altogether – no doubt hoping that by the time the next scheduled General Election comes round, the electorate will have subsided from anger into a sullen, grudging acceptance. Some hope.

All of these must be avoided, despite the predictable efforts of Theresa May and her No 10 team to divide and rule. The defeat of May’s deceitful and damaging BRINO-Deal must trigger a coalescing of approval around an exit from the EU on No-Deal, WTO terms. Not only is it the most advantageous both financially and economically: it is the only option that delivers the elements of the settlement for which a majority of voters, in a 72 per cent turnout, voted.

Given the anger at May’s perceived betrayal reported from around the country outside the Westminster bubble, it is likely also to be the only option that would assist the avoidance of a catastrophic breakdown of public trust in democracy and its institutions, and which might – just – ensure the ‘Conservative’ Party’s unmerited survival as a viable political force.

But unless the ‘Conservative’ Party’s so-called Brexiteers put aside their differences, resist both inducements and threats from their party leader, and combine both to defeat May’s BRINO-Deal and force a pivot to a No-Deal EU withdrawal to WTO terms, there is now a real risk that Brexit will be finished, and lost, with hugely damaging consequences. That their party will be finished also, and deservedly so, is scant consolation.