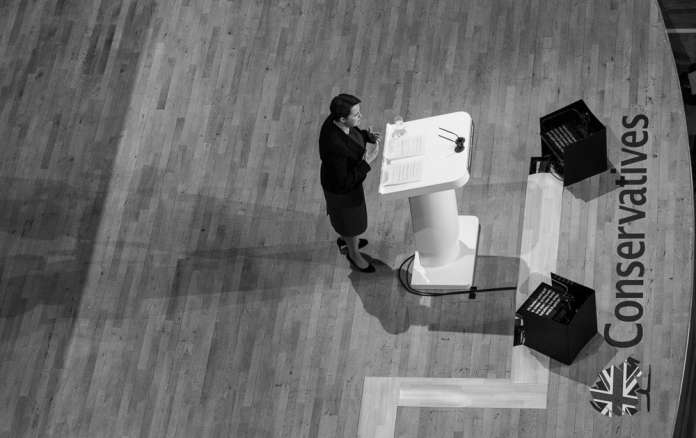 There are perhaps few other cities in the Western world where the contemporary struggle between radical identity politics and its prudent alternative is so out in the open as in Glasgow.

This month Glasgow will be the arena for two clashing visions, not just for Scotland but for much wider afield. The Scottish National Party (SNP) is going to fill the Scottish Exhibition Centre (SEC) on 17 March with its espousal of one-world politics.  Underneath  a misleading commitment to ‘Scottish independence’, the SNP is committed to a political order in which the United Nations lays down the parameters for everything from  human rights to the environment and the European Union provides the governance and economic direction for its provincial members.

In this world order of global finance and hi-tech companies, mobilised NGOs and left-wing multicultural forces, the SNP sees itself as being in the vanguard. Forceful and energetic Scots will parade the world stage as they did in the era of the British Empire. Nicola Sturgeon’s party expects recognition and rewards for providing a ferocious resistance to the British and American defenders of the nation state and the interests of local citizens.

Time may show, as the SNP builds new alliances in Europe, that Sturgeon’s party has provided lessons in playing hardball politics against the British government and the Trump administration that senior Europeans with unquenchable desires for a European empire might soon apply.

Last week, Sturgeon  praised a former top BBC journalist Lesley Riddoch for an article in which she complained about Theresa May having the audacity to drift north and lecture Scots about the quality of governance.

The Prime Minister had come to Scotland on 3 March to speak to the Scottish Conservative conference. The city’s main convention centre, the SEC, was hardly full but this was the best attended gathering of the party in Scotland for many years.

May broke with the emollient tone of her predecessor, David Cameron. He naively believed that the SNP could be appeased by obtaining more devolution powers to play with. Perhaps by the end of his premiership he had woken up to the fact that the SNP was simply uninterested in making its mark by governing Scotland. It wished to husband power and use it as a patronage weapon but that was the extent of its ambition. It had only one ‘big idea’ and that was  its stunted version of independence defined as breaking free, in ethnic terms, from ‘English rule’.

Spotting perhaps just how allergic the SNP was to rolling up its sleeves to tackle challenging policy areas like education, health and policing, May offered a revised approach to devolution in her speech. She rejected the SNP contention that powers repatriated from Brussels, in areas like fishing and agriculture, should be automatically transferred to  Edinburgh.  Earlier she had turned down the SNP demand that immigration, a matter reserved to Westminster, should be under its control. Perhaps the penny had dropped that, with its  desire to turn large numbers of immigrants into a voting bank for independence, the SNP would preside over a chaotic immigration policy capable of generating the turmoil that Mrs Merkel’s open door policy of 2015 had caused for Germany’s neighbours.

The SNP heard a less defensive and accommodating stance from London when she spoke. The emphasis would not be on ever greater autonomy but on a new ‘collective responsibility’, which will see the different tiers of government work to improve the lives of people across the UK. She asserted the primacy of the United Kingdom and stated ‘we will explicitly look to the interests of the Union – both the parts and the whole – in our policy-making’.

Of course, if such an approach is taken, it will produce apoplexy in the SNP and ramp up militant talk about prising a second independence referendum from London (even though the SNP earlier had stated the result of the one in 2014 would settle the issue for a generation).

But the appetite for a second acrimonious campaign which is bound to be harmful for a fragile Scottish economy is now limited. May’s call for the SNP to govern rather than use the Edinburgh parliament as a platform for endless debates on Europe is not seen as unwarranted external interference by the greater part of the Scottish electorate.  Even candid nationalists are going on the record to say that the troops are not keen for another referendum battle in the near future.

Most un-fanatical Scots started to choke on flags and acquire deafness from the high decibel patriotic mood music some time ago.  This is true even in Glasgow, which has been a springboard for a counter-cultural revolt presided over by edgy comedians, raucous celebrities, third sector bodies funded by the SNP state, and even local leaders of the Catholic Church and the head of the city’s main university.

Glasgow was one of the few places that voted ‘Yes’ for independence in 2014. But the paradox is that few other places are as dependent on the Union link.  One of  its most meaningful dimensions is the funding arrangement known as the Barnett formula. It was devised when revenues from North Sea started to flow into the British Treasury in the late 1970s and it ensures that Scotland receives a higher portion of public spending than many other parts of the UK.

In a city dominated by public sector jobs from health and schools to universities and welfare provision, this is a vital lifeline. Maintaining such an extensive social state would be impossible for a much smaller tax base of 3 million people in a separate Scotland.

The emotional and flaky view that Glasgow could be a ‘Freedom City’ and that economic challenges were manageable due to the ‘feel good’ factor generated by independence was skilfully promoted by Alex Salmond, the architect of the SNP breakthrough. The pro-Union fight-back authorised by David Cameron was defensive and reluctant to promote a full-throated case for the strength and stability of the Union.

Now May is offering such a case and she has an increasingly effective set of Scottish colleagues.  Compared to the dragooned SNP, the Scottish Conservatives are a party with a rich interior life.  On  Europe, social policy and immigration, there are contrasting viewpoints. But libertarian, communitarian and essentially Union-minded activists are at one on the need  to avoid the disaster of Scotland hurtling out of the UK.  Many see how this would be a calamity, not just for Scotland but the wider Western world. Not least it would disrupt the hitherto stable geopolitical order in north-west Europe, placing a neutralist party full of people with an anti-Western outlook in charge of north Britain.

Ruth Davidson has articulated some of these concerns and it is Scotland’s good fortune that she has a range of abilities that have turned her into a leading figure in UK politics. In Glasgow, the party has two competent but different MSPs elected to the Scottish parliament last May (with plenty of other people starting to make their mark).

One is Annie Wells, a working-class Glaswegian on the liberal wing of the party in terms of social policy, but a gritty defender of the Union; along with her party leader, she has convinced growing numbers of ordinary Glaswegians that the once reviled Tories can govern far more  effectively than the SNP and have a keener ear for people’s everyday concerns.

Adam Tomkins MSP is a professor of constitutional law at Glasgow University, English-born, married to an American and bringing up a family of young Glaswegians. He was one of the most cool-headed defenders of the Union in the traumatic 2014 referendum. He rather hammed up the city of Glasgow when introducing it to hundreds of delegates from elsewhere: Glasgow was Scotland’s economic engine: the 2014 ‘City Deal’ and the Glasgow gateway agreement with Whitehall were providing 50,000 new jobs. As one of Britain’s main  conference and events venues, the SEC was generating revenue of £411 million a year.

The city’s vigorous services-based economy rests on participation and support from the rest of the UK. The 14 per cent of university research funding that Scotland’s universities obtain is also testimony to the open-handed nature of the Union. Various academics who were pro-Union in 2014 are swaying towards separatism because of their hostility to quitting the EU. But it is likely that most people associated with the sector will not become infatuated with the SNP’s empty talk of a ‘differentiated solution’ for Scotland in the EU.  In a post-British Scotland there will be nothing like the funding  to allow 19 universities to stay in existence, never mind that some of them do cutting edge research.

The conference previewed Scotland’s local elections where the SNP is likely to substitute a collapsing Labour Party as the force running Glasgow. But the signs are palpable that the Tories will emerge as perhaps the main opposition. Weariness with Sturgeon’s ‘Referendum-itis’ is turning to anger as SNP mismanagement and neglect impacts on the lives of everyday voters. Davidson’s  conference speech was particularly good on  education and how  her party intended to restore the good quality schooling she experienced growing up in Fife.

The  party’s grassroots never gave up Scots politics as a lost cause and last year were instrumental in pushing the  SNP back to minority rule. A wide spectrum of people were at the conference from toffs in smart suits and tweeds to earnest and down-to-earth working-class campaigners  challenging the SNP in challenging city wards. Far fewer demonstrators turned out to protest than anticipated, perhaps because it is now far from easy to depict the party as a class-ridden one.

Under Davidson it may have a centrist focus but she has made her mark in converting a lot of people to the view that ‘the United Kingdom is not a hindrance to Scottish ambition but the best way to realise it’. Without a reinvigorated Scots Tory Party, it is hard to see what could stop the SNP bouncing Scotland out of the UK. As European grandees contemplate using Scotland to try and sabotage Brexit, this is no time for taking out SNP bad behaviour on the five million inhabitants of Scotland.

Less than 25 per cent are regular SNP voters. Most of the majority of Scots who voted No to separation in 2014 (on an 85 per cent turnout) have now gravitated towards the Conservatives. Scotland is no longer a country whose politics are summed up by factional struggles by different brands of leftism. This is a breakthrough. Much will depend in British politics upon it being consolidated in the turbulent times that lie ahead.

Tom Gallagher is a retired political scientist living in Edinburgh. His book Scotland Now: A Warning to the World was published in 2016 in paperback and Kindle editions.