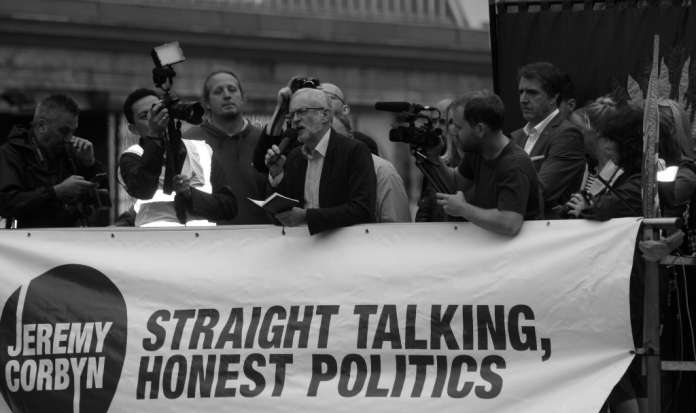 I have been a regular visitor to Romania for over a  quarter-of-a-century now  and have managed to write three books about the country. I had a grandstand view as post-communist Romania started its competitive politics and economics from scratch after 1989. it was fascinating to watch  the behaviour of the shifting cast of characters on the national stage. By no means was it the case that the worst types were all former communists and the most promising ones the new democrats. Today, arguably the two chief villains in the political drama, the leader of the Social Democratic Party and the head of the Senate, actually started out as opponents of the former communists, as did the Ombudsman and friend of the oligarchy, Victor Ciorbea.

The progress that has occurred in Romania has mainly been at the societal level. Citizens have gradually shed fear of challenging authority. They trust each other more than the State although the quality of state officials, even in the police force, has got better.

Citizens are pro-Western in orientation not just because several millions have gone to work on both sides of the Atlantic. A strong religious revival has occurred. Its effects can be over-dramatised and the main beneficiary has been the Orthodox Church, but it has pulled Romanians over the age of thirty in a Western direction. Romanian progress is checked by factionalism and regional rivalries but fear and distrust of Russia transcends these cleavages. Surveys regularly show Romania to be one of the top handful of pro-American countries in Europe.

English displaced French as the main foreign language nearly a generation ago. What happens in Britain is closely followed. I was asked to write a lengthy appraisal of Jeremy Corbyn’s success for the country’s oldest current affairs weekly, revista 22. A lot of people are perplexed and even fearful about the ability of a hard-left agitator to take control of the second largest party in Britain of all places and then to bring it very close to power on a very radical programme.

Most educated folk know that Britain  is the main European pillar of NATO. Unlike the Franco-German tandem controlling the EU, Britain has always been committed to strengthening NATO’s eastern flank and displaying vigilance towards Russia. Thus there was alarm when Corbyn first appeared on the scene in 2015 due to his anti-NATO stance, his commitment to abolishing Britain’s nuclear deterrent, and his support of terrorist groups like the IRA and Hamas. Hardly anyone has fallen victim to terrorism in Romania for decades and it is now one of the few European countries where Israelis feel very safe .

In my article, I decided to come clean and confess that I had not expected Labour, in far-left hands, to do so well  on 8 June. The party had been thrashed in the local elections of May by the Conservatives when the election campaign was already underway. Hours before the results were announced even Corbyn himself and most of his intimates had concluded that the Conservatives would probably increase their majority. He had asked everyone assembled around him on the evening of 8 June to predict the result and only a lowly member of his team predicted that the Conservatives would lose their overall majority.

In Romania support for left-wing models of organising society is mainly to be found among the elderly, the poorly-educated and people living in poor urban neighbourhoods or declining rural areas. The young, the well-educated and the middle-class usually back centre-right parties whose manifestos endorse a competitive economy and a reduction in regulations and controls.

It was no easy matter to explain to Romanian readers  that it was the support of young, middle-class, and often well-educated voters which had propelled Corbyn from the margins to the political foreground. I could emphasise incidental factors: Theresa May as a rotten campaigner; the refusal of the Conservatives to play to their strengths not least defence of sound finances and the long-term factors that had stabilised British society over centuries. There was then the Grenfell tower block disaster one week after the election and the radical left (with the help of much of the media) was able to place the Tory Party and the whole capitalist system on trial  for a bogus list of crimes.

However, a lot of Romanians will remain stupefied that, in the words of the former Conservative MP for Reading East, Rob Wilson, Labour had been able to use new media tools  to ‘repackage old socialist dogma into ideas that seem fresh and fair to young people, including many university-educated professionals’.

In Romania, a country with a computer-literate population, the online media promotes numerous heresies but ‘old socialist dogma’ is not yet one of them. Romanians are still too close to the stifling and repressive 1944-89 communist dictatorship which under-developed the country and led to a totalitarian form of surveillance over their daily lives. It seems absurd to many of them that students equipped for a professional career will sign up for a party that champions a big intrusive State and sweeping redistribution of wealth across the classes.

In my article I tried to explain the conundrum by way of a parallel: whereas ‘in Romania, paternalism, provided by left-wing political moguls, is the preference of the peasantry, in Britain it is the preferred choice of the professional middle-classes employed by the State or looking forward to such a lifelong career path’.

Since my piece appeared, another by Russell Taylor has developed the theme of a generation of youth increasingly dominated by folk who wish to be part of a light work leisure class, in which they have no qualms about being deprived of liberty as long are mollycoddled by the State. They fill green, equality and diversity jobs in the private and public sector that shape the ideological ground rules for a highly regulated and now autocratic Britain.

Under communism Romania had plenty of these ideological positions in every factory, institute and school but they perished with the system only to re-merge in the unashamedly politically correct West.

British universities are the bulwark of this form of soft communist indoctrination. This is something a lot of younger Romanians have actually had direct experience of, or have been told about, thanks to attending West European universities in their tens of thousands – many  in order to obtain degrees that will enable them to be pen-pushers, regulators and enforces in the European Union, which Romania joined a decade ago.

I wrote in the article: ‘The European political right has largely left the media and culture to be dominated by its political opponents. As a result, it is no surprise that in 2017 the cultural drivers among European youth are short-term pleasure, emotion and identity over knowledge and  attainment. It makes genuine knowledge-based education much harder to put across and leaves much of the social sciences and humanities firmly in the grip of nihilistic academic. Many detest the West far more than the Soviet ones Ion Iliescu (President of Romania after 1989) encountered when he studied at the University of Moscow in the 1950s’.

‘More than a few Romanian parents are likely to have listened, with a mixture of bewilderment and alarm, to stories that their children return with about the atmosphere in the British universities where they study. These young Romanians, will be able to recount the widespread appeal of  Socialist utopia among  many of their British counterparts. Some Romanians will themselves become converts’.

I recall the dismay of a Romanian politician (who was so unimpressed when he observed British diplomats and civil servants at close quarters) about the influence his daughter might be falling under at a well-known London university where portraits of its white founders are to be removed in favour of a wall of diversity.

These kind of stunts were commonplace in Nicolae Ceausescu’s time when the purpose was to produce a brainwashed, cowed and dependent population. But the main targets were the working-class whereas in Britain the primary targets are middle-class youngsters or those with aspirations to be comfortably off in a socialist-run State.

Many Romanians were likely to have been astonished upon reading in my piece that:

‘More than three-quarters of British Labour Party members are drawn from the most affluent social classes in Britain. The Labour Party is dominated not by workers but by managers, teachers and others in the knowledge and communications industries’.

They might have given up on ever trying to understand Britain upon being further informed that ‘The Conservatives in the 2017 election obtained more working-class support than the Labour Party did’. And that most trade-unionists are now in managerial or service professions and not in jobs associated with the traditional working-class.

Turning finally to the political prophet himself, Romanians would surely be astonished at the regard in which Jeremy Corbyn is held especially among young people who spring from a similar middle-class background to his own. The tiny Romanian Communist Party was  much, much  weaker than Corbyn’s praetorian guard Momentum when the Soviet Red Army placed it in charge of the country in 1945. It was then dominated by bourgeois radicals like Corbyn (people often later purged when a harder proletarian and peasant element groomed by Stalinists took charge in the 1950s).

Romanian respect for British common sense might also never recover upon its contemporary citizens learning just how popular Corbyn is because of his apparently modest, informal, and empathetic manner.

Generations of Romanians knew that the ‘ascetism’, ‘restraint’ and ‘sacrifices’ of their leaders amounted to bogus image-making and they knew too well the opulence in which they lived while millions went without due to the failings of socialism.  They won’t be surprised at the privileged existence Corbyn has enjoyed right through his life even though he has never had any kind of job outside politics. But many will despair that so many Britons – dumbed down by what, the media? their education? the insularity of Britain? – take Corbyn at face value and block out the ugliness  of his record.

Britons who encountered East European societies like Romania in Cold War times often found them a strange mixture of rustic Ruritarian, and totalitarian rust belt societies. But if we still have proper historians in post-Corbyn times I suspect there will be incredulity that we presented such a spectacle to the world.

Romanians had a diabolical 20th century and many more than is often appreciated fought tooth and nail to prevent the triumph of dictatorship. Survivors from their times and many of their descendants have every right to be appalled when they observe many of the British of today dancing with Marxist wolves who will not hesitate to sweep away all their liberties and comforts once given the slightest chance. Don’t be surprised if more and more people from societies like Romania and Poland conclude that the future of Europe depends on their endeavours and not on what people in Britain, whom they once looked up to, decide to do.