NewsPaperthe art of publishing
Home News Tom Gallagher: Much of the UK media now endorses the break-up of...
24

Tom Gallagher: Much of the UK media now endorses the break-up of Britain 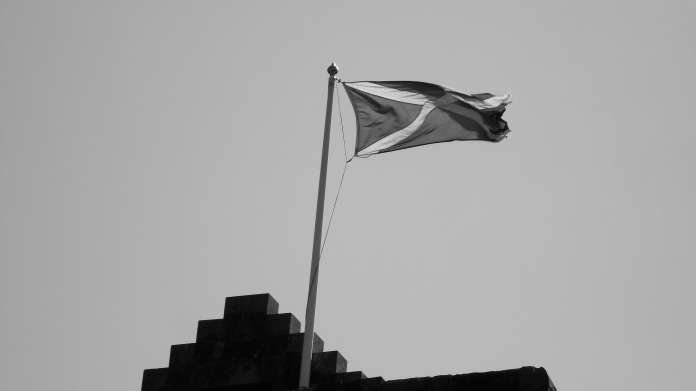 In terms of ruthless manipulation of the media, the New Labour of Alistair Campbell and Philip Gould  has been eclipsed by the Scottish National Party. It has been in power longer with more resources at its disposal and is far more ruthless.

This matters because media management has become a central lever in the SNP’s strategy to break-up the United Kingdom.  Nicola Sturgeon’s separatists are even managing to lure into their orbit London publications with a world audience. They have dropped their scorn for Scottish nationalism due to wounded fury about the demise of their beloved project of European integration.

It is easy to dismiss the SNP as a campaigning force that simply got lucky a decade ago against dud opponents like Brown and Blair’s Labour and which were then offered a referendum on their goal of separation by a misguided David Cameron.

The SNP is better understood as a supremely effective power machine. In lieu of governing well, it has tightened its grip over Scotland by capturing or subduing its institutions.  The universities, the third sector, the police, and the Catholic Church have all been co-opted or silenced by deft use of patronage, offers of protection, or interference in their governing arrangements.

But it is the print and broadcasting media that the SNP has really sought to influence and re-shape. It starts with an enormous advantage since it directly employs far more journalists than any Scottish newspaper. From SNP-run local authorities to First Minister Nicola Sturgeon’s office, it employs a battery of special advisers drawn from the Scottish media.

The SNP not only provides regular work in what is often a casual and unpredictable profession. But it gives journalists the whiff of power, the feeling that they are bit-players as historic deeds are performed in Scotland.

In return, the SNP expects praise and probably can’t believe its luck when it comes in the sycophantic truckload as happened with the gushing profile of Nicola Sturgeon in the Financial Times last week.

It rewards journalists who depict Scotland in monolithic terms as an entity firmly apart from the rest of the UK in the way its inhabitants think and feel on issues big and small.

It is delighted when even journalists not signed up for independence write on the basis that Scots are more progressive and less hidebound than ‘the English’. Last Monday when Sturgeon demanded a second referendum, a young unionist journalist  knew he would earn kudos with the SNP media machine when he wrote that ‘Boris Johnson’s announcement that he backs the construction of a new royal yacht truly is the perfect end to a big day for Nicola Sturgeon’. @JamieRoss7

It is journalists with unionist  affiliations whom the SNP hopes to sway. If, like Alex Massie of The Spectator, they share the SNP’s Europhilia, then it is a coup when he produces not one but dozens of articles asserting that a time of troubles will surely follow Brexit and it is increasingly hard to see how the Anglo-Scottish union can endure.

Currently, there is a huge  groundswell of opposition to another  referendum. No Tory Prime Minister has been more in tune with Scots for a long time when, as Theresa May said last week, holding one ‘wouldn’t be fair to the people of Scotland’ with so much still to be worked out about Brexit.

But numerous supposedly neutral or pro-union journalist popped up to say another referendum was inevitable, and the Tories would be punished for not giving Scots the chance to have their say. They were much quieter when Sturgeon revealed a new party line on the EU: Yes it was a ‘democratic outrage’ Scotland was being taken out but once the dust settles Scotland will no longer be seeking full membership of that body.

Offering a more detached perspective on the EU was a bid to win back the 400,000 supporters who voted Leave last June and who have grown chary about the EU’s version of independence. BBC Scotland’s veteran analyst Brian Taylor helpfully intervened to describe the SNP’s approach to the EU as merely a ‘route-map’ rather than a rejection.

Other broadcast journalists who are occasionally disrespectful to the SNP can expect a torrid time. The talented Stephen Daisley was silenced by his employer Scottish Television (STV) last autumn after a series or irreverent articles about the party.

Earlier in the year, STV’s chief executive Rob Woodward had been assailed by angry Nationalist MPs when he held a briefing at Westminster. John Nicolson, a member of the Commons media committee, denounced Daisley’s partisanship ‘and he was gagged by the broadcaster’.

The UK government has been slow to realise just how crucial the SNP views media warfare as a means of securing its key objective.  In 2016 Damian Collins, the Conservative  MP and head of the media committee, even recommended that Scottish viewers be able to opt out of the 6pm BBC news and be given their Scottish-orientated programme instead. But thankfully this was overruled by the Government.

The SNP will have to rely on its existing channels of influence to  frame everything in Scottish terms and depict the rest of the UK, ‘England, ‘the T-o-r-e-e-s’, ‘Westmonster’, as ‘the other’. In the last two years, one of  the most effective counterweights to this demonisation of the rest of Britain has come from a non-party citizens initiative Scotland in Union.

Its campaign, opposing a second referendum was launched in Glasgow on 14 March, and by the 18th nearly 200,000 people, mostly in Scotland, had signed a petition against one, started on the 13th. The presentation to a big audience by its new chief executive, Graeme Pearson, a former senior police official and Labour MSP, was effective. But David Torrance, perhaps the most influential interpreter of Scotland to the rest of the UK was unimpressed.

‘If today’s @scotlandinunion event is any indication, then union is doomed: muddled arguments & a predominantly elderly/tweedy audience’. @David Torrance

The SiU had 12,000 people signed up as supporters (its now 20,000 and rising) and it was pointed out to Torrance  that many of them would have been unable to attend due to work or study.

A few hours later the night editor of the Scottish edition of the Times, Katherine O’Donnell, described as ‘exceptionally ill-judged’ a billboard poster just put up by SiU which proclaimed:

Pro-British Scots can’t win: they  are either country squires or else provocative poster-makers. In truth they are an intrusion for much of the media in Scotland, which has decided this is a contest between risen Scots natives and English overlords.

In a binary conflict there is no room for the fact that the leader of the Conservatives, Ruth Davidson, is Scotland’s most popular politician, that Theresa May has helped shed the party’s aloof image, and that there is rising distrust of the EU in Scotland.

Too many journalists have staked their career on reporting non-stop turmoil from Scotland. They know that if support for a referendum continues to be very weak, then it means no commissions to write op-eds on the ‘Scottish crisis’ and that the story will soon fade away until the terms for Britain quitting the EU are finalised.

This is a relief for a lot of settled Scots who work for the British state or companies for whom there is just no point in remaining in a separate Scotland. As long as Sturgeon hogs the headlines, it means jobs, mortgages, long-term planning for their children’s future or their own retirement are up in the air.

These people rarely if ever feature in stories from the Scottish media blob. I had to rub my eyes in surprise when a story appeared in the Guardian on Friday about what folk in Clackmannanshire thought about a referendum. But it soon turned out to be by a veteran English journalist Matthew Engel who shames the Scottish hacks by going out & soliciting grassroots opinion.

Many Scots journalists belong to a profession where hard drinking and living go with the territory. They are often free-wheeling folk without dependents who revel in the political instability that freaks out more settled Scots with numerous commitments.

It is hard to divine from their copy that the SNP has never obtained more than 25 per cent support from the Scottish electorate. Since Brexit they no longer have to tone down the articles that they submit to London outlets where enthusiasm about the imminent liberation of the Celtic periphery used not to be so widely shared.

But that has changed. For publications like The Economist and the Financial Times have caught a big dose of the Scottish emotional clap. So traumatised have these cosmopolitan titles been by Brexit that they will sponsor any resistance movement even if it is the previously derided SNP. Bagehot in the Economist writes with respect about  Scottish secessionism and thinks it could prevail even if economically it is nuts. Edward Lucas, the energy editor, even re-tweeted the musings of an SNP MEP that unless Britain was at the EU table it would be part of the menu.

Meanwhile the FT, which has recruited a pro-SNP Scottish correspondent, Mure Dickie, publishes a sycophantic profile of Sturgeon two days after an article by Chris Deerin (formerly of the Telegraph) with the baseless subtitle, ‘A spasm of English nationalism makes the case to demand another say on Independence’.

London is the centre of the communications industry not only for the UK but  for much of the English-speaking world. It matters when titles read  by very influential people suddenly find daily articles arguing that it might after all be sensible for Scotland to bolt from the UK without any means of support.

George Osborne has found a perch as editor of The London Evening Standard to preserve his influence and fight a rearguard action against Brexit. But in getting major London titles to accept, or respect, its madcap agenda, the SNP has beaten him to it and the consequences for Britain could be dire.

Tom Gallagher is a retired political scientist living in Edinburgh. His book Scotland Now: A Warning to the World was published in 2016 in paperback and Kindle editions.