Time for Boris to show heroic grace under pressure 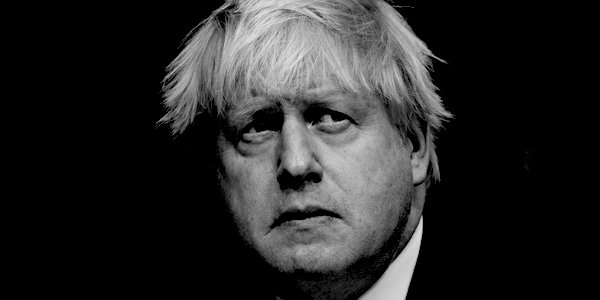 THE headline is not mine, but the words of David Butler, author of The Fall of Saigon, when reviewing Escape with Honor, the story of Ambassador Francis Terry McNamara’s escape down the Bassac River (which I helped Terry write). I’m not expecting anything heroic from Boris – this is a war of words, not the real thing – but it’s past time for some grace, the sense and nobility to reach out for the hand of your obvious ally and pull him towards your side.

Who are we going to vote for? Do we bother? I’m not voting for a Remain Tory and nor will many others.

Moreover, this comes across to many of us as a bunch of overgrown schoolboys bossing around the voters and thereby turning a big searchlight on their attitude to us. Some would say it’s entitlement on steroids. Looking upon the voters as a herd of cattle to be driven in any direction the senior boys fancy. Certainly devoid of any manners.

The news that Nigel Farage had to stand down over 300 candidates tells me that Dominic Cummings is not a genius nor a strategist. Nigel Farage could as easily have gone on the air waves and warned: ‘Don’t vote Tory, they’re heading for another hung Parliament. If you want Brexit, vote Brexit.’

No amount of bluff and bluster is going to hide the obvious. Johnson cannot win without the help of the Brexit Party – by standing aside.

If I were Cummings, the question I would ask myself is what are the polls saying in all these traditional Labour constituencies? How vulnerable are they to the Tories and Liberals? Could the Brexit Party take some seats? Several Labour strongholds have the Brexit Party ahead of the Tories. Who should give way?

What kind of reaction will voters have if Boris and Cummings produce the same old Remain faces as candidates? Change the faces if you want to change our minds.

This was one of the clumsiest switches of direction by a Conservative party leadership in my lifetime. They haven’t fooled anyone. The campaign hasn’t started. We don’t know who are the candidates, nor has anyone waved a manifesto under our noses. Corbyn’s will be full of stuff the EU won’t let him do.

One strategy would be to vote in the Tories, let them make Brexit happen, then steal their clothes.

If you’re a Brexit candidate or party worker, keep your powder dry.

Although Nigel’s army stands aside it should remain disciplined and visible on the skyline.